Honda Cars India, which expects sales to grow in double digits in the current fiscal despite several challenges, says achieving a total of three lakh units during the year looks to be difficult. 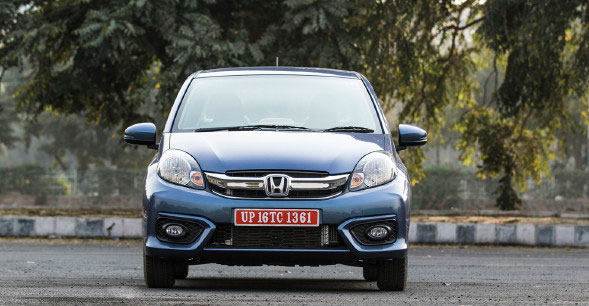 The car maker, which is all set to enter the fast-growing mid-range sports utility vehicle segment next month with its seven-seater BR-V, had sold 1.92 lakh units last fiscal, a growth of just two per cent over 2014-15.

The company had earlier set a target of selling 3 lakh units annually by 2016-17, but due to "challenging conditions" it is not sure if it would be able to achieve that.

"The market remains very challenging. Prices have gone up due to various taxes and cess, there is no clarity on the diesel (front). So, we are pragmatic but need to look at the situation practically," Honda Cars India senior vice-president (marketing and sales) Jnaneshwar Sen said.

The new Amaze has been received well and BR-V launch is round the corner, which should help the company, he added.

"Besides, we plan to add around 45 new dealerships this fiscal, taking the total to 340 outlets by the end of this fiscal. It should also help as we would be tapping new markets," Sen said.

On expectations from the BR-V, which would compete with the likes of Renault Duster and Hyundai Creta, Sen said: "It's a hot segment. One thing we are confident about is this vehicle will do well."

Honda is offering value with this vehicle, he said. “It is versatile because of the third row, there is boot space of 691 litres when third row is tumbled down. It is best-in-class. Besides, premium interiors and high ground clearance of 210 mm are other highlights," Sen explained.

A six speed manual transmission mated with 1.5-litre petrol engine and an average of 21.9-km per litre for diesel variant are the other highlights of the upcoming vehicle.