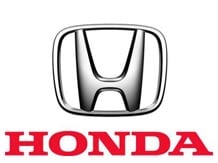 Honda Motorcycle and Scooter India (HMSI) recently bought 200 acres in the Mandal region near the site of the proposed Maruti Suzuki plant near here to set up a fourth manufacturing unit in the country. The company plans to invest upwards of Rs 1,000 crore on the project, say sources in the state government.

HMSI also filed an Industrial Entrepreneurial Memorandum with the department of industrial policy and promotion in the Union ministry of commerce & industry on January 8 for a unit to manufacture scooters and scooterettes in Gujarat.

According to state government sources, the company has bought private land of around 200 acres at Rs 15-20 lakh an acre. “The company’s proposal has been approved by the chief secretary and is awaiting an approval from the sub-committee for a State Support Agreement (SSA). Once the committee approves, the proposal will be moved to the state cabinet,” said government sources. It has been learnt that the company bought the land in the Hansalpur region, close by the upcoming Maruti Suzuki plant.

NEW UNIT Fourth factory in the country, to be set up near the proposed Maruti Suzuki plant Upwards of Rs 1,000 crore investment for the plant Rs 15-20 lakh an acre is what the company has paid for private land, say Gujarat govt sources To make scooters and scooterettes at the plant
HMSI did not respond to this newspaper despite several efforts to contact it. The company had been looking for land in the area for a while. Senior officials had visited Gujarat in November last year to initiate discussions related to finalising the SSA.

Gujarat offers certain standard incentives for all projects entailing an investment of Rs 1,000 crore, such as value-added tax refunds and waivers on stamp duty and registration fee.