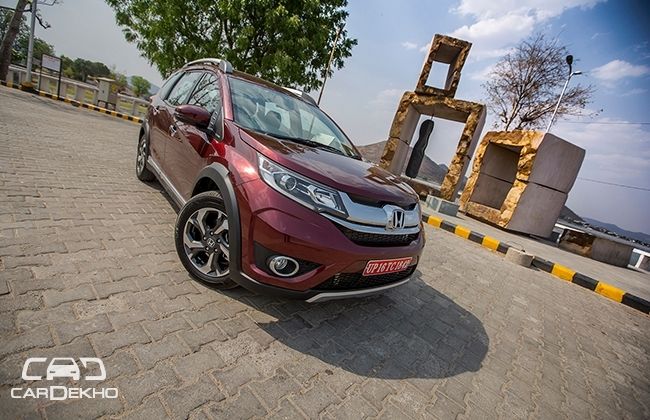 Honda has launched their all new BRV at a price of Rs 8.75 lakh (ex-showroom, Delhi). With this, Honda is all set to enter the highly-competitive mid-size SUV space with its contender for the segment – the Honda BR-V. Based on the same platform that gave us the Brio hatchback, Amaze sedan and Mobilio MPV, the BR-V will directly target segment stalwarts like the Hyundai Creta and Renault Duster. Though it has similarities with the Mobilio in profile, the BR-V gets better interiors along with the stance of an SUV that will find favour with a large audience. We’ve already driven the BR-V and give you the low-down on what we think of it with our first drive review. 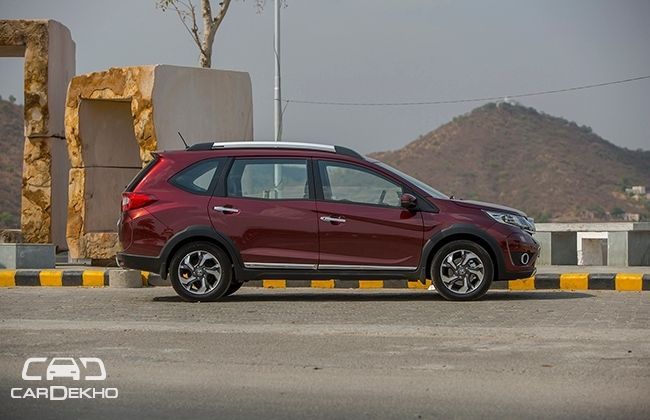 Honda is placing the BR-V as an SUV, though the overall design does carry certain overtones of an MPV. Though the BR-V is among the longest models in its segment, it does look smaller in person that it does in pictures. The stance isn’t very aggressive and it’s a good 87mm slimmer than the Duster as well, making it just that little less imposing.

Elements such as the black body cladding and roof-rails help impart the SUV-look, while the Mobilio RS like 16-inch alloy wheels add a sporty touch, though they seem a size too small. The BR-V however, does look distinctive and the Accord like face, projector headlamps with LED light-guides, faux skid plates and wrap-around tail lights connected with a large reflector work well to make the BR-V look distinctive if not awe-inspiring. 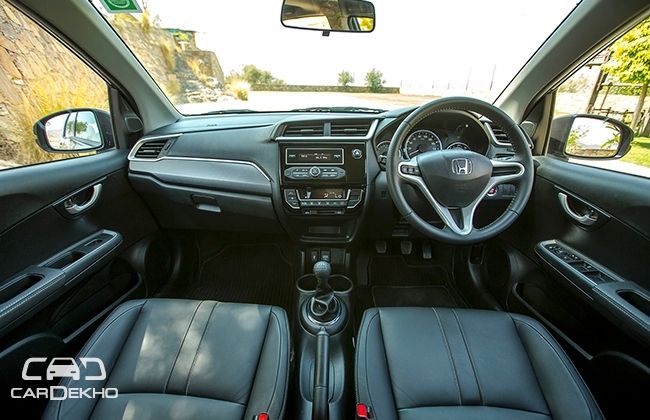 On the inside, the BR-V does feel like a large Honda City. Modular design elements result in common parts across Honda’s range and certain bits like the plastics have a lot of room for improvement. The all-black layout imparts a sporty touch, complemented by dull silver accents and the piano-black garnish for the centre fascia.

Space is a major selling point for the BR-V and the SUV can seat 7. All three rows offer good legroom and headroom, but under-thigh support, particularly in the 2nd row should have been better. The 2nd row also can’t accommodate three people as well as cars like the S-Cross. The feature list isn’t generous enough and while novelty features like keyless entry and go are offered, the missing rear parking sensors and sub-par infotainment system are a let-down. 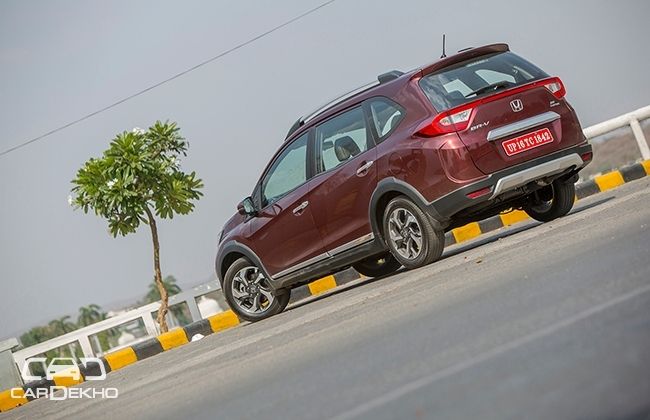 The BR-V comes with Honda’s tried and tested duo of 1.5L petrol and diesel engines. The rev-happy i-VTEC petrol engine offers superior refinement levels and is smooth to operate. It produces 119PS of power and 145Nm of torque and comes mated with a new 6-speed manual gearbox and comes with an optional CVT auto-box as well.

The i-DTEC diesel motor produces 100PS of power and 200Nm of torque and comes mated with a 6-speed manual gearbox only. NVH levels are better than they are on the Amaze, though some engine noise does filter into the cabin and the motor faces turbo-lag below 1,500 rpm. It isn’t as nice to use as the petrol, but will be the motor of choice for the fuel-efficiency hungry buyer.

We think the BR-V is a good proposition for someone who wants a 7-seater in their garage, backed by the reliability of the Honda brand. It is an inoffensive package that many will like, but with rivals like the Hyundai Creta showing no signs of slowing down, Honda has to offer a more feature loaded package to get buyers talking. Do you think the BR-V has what it takes to make it big in this immensely competitive segment?