Honda's first crack at the compact sedan segment came in 2013 in the form of the Amaze. An important car for the Japanese automaker, it was the chosen one to test waters for the i-DTEC diesel engine that eventually made its way to the Honda City. In close to three years the Amaze has clocked over 2 lakh sales, informed a press release. Notably, the segment leader, the Maruti Suzuki Swift Dzire, has sold over 10 lakh copies since its debut in 2008. 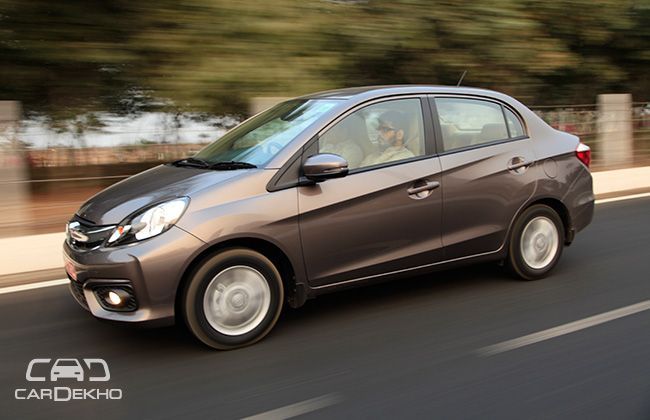 Talking about the sales milestone, Mr. Jnaneswar Sen, senior vice president, marketing and sales, Honda Cars India Limited, said, “Honda Amaze has established itself as a very successful entry sedan in the Indian market. During the span of 3 years, it has achieved sales milestone of 200,000 units bringing new customers into Honda fold. The car has been extremely popular in both big and smaller cities due to its strong value offering and Honda’s core strengths of quality, durability and reliability. We are extremely thankful to all our customers for their continuous support and faith in the brand.”

Honda finally gave the Amaze a long overdue update earlier this year. While engine options remained unchanged, the automaker tweaked the design in a bid to make it more appealing to the audience. With the refresh, Honda also added goodies such as a new dashboard design, automatic climate control and a few more. Aesthetic revisions to the exterior include new bumpers, a new grille and new tail-lamps. 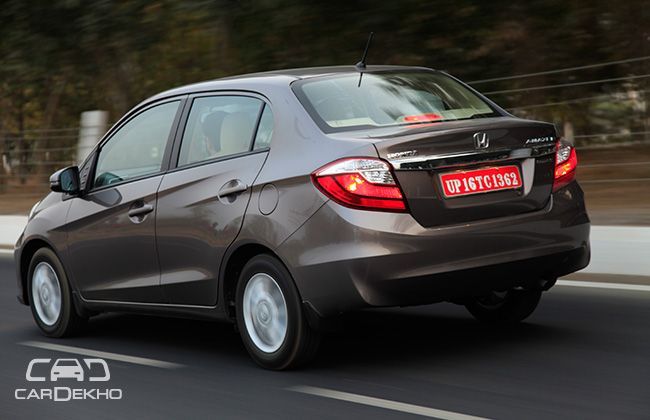 Engine options continue to be the 1.2-litre i-VTEC petrol engine borrowed from the Brio and the 1.5-litre i-DTEC diesel. Do check the Amaze review to know how it fares when put to the test. The Honda faces stiff competition from the likes of the Maruti Suzuki Swift Dzire, the Hyundai Xcent, the Tata Zest, the Ford Figo Aspire and the new kid on the block, the Volkswagen Ameo.