Honda Cars India Ltd. (HCIL) is on a high with its last three product launches getting amazing response. Honda Amaze has crossed one lakh units in sales while the new Honda City has reclaimed the throne of its segment. Their latest offering, Honda Mobilio, has also got off to a great start. We talked to Mr. Jnaneswar Sen, Senior Vice President, Marketing and Sales Honda Cars India about Honda’s plans, products, network expansion and more. 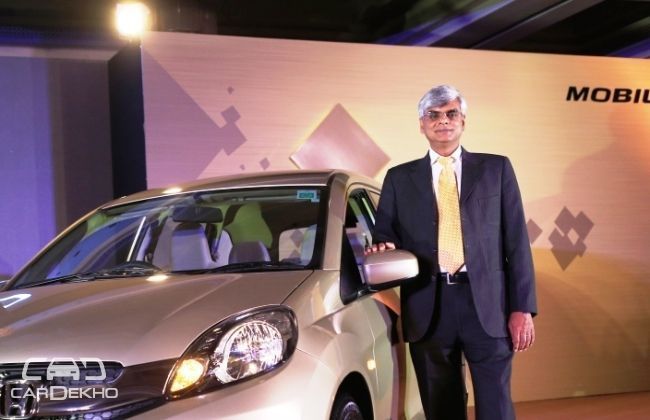 About the response for the new Honda Mobilio

The response has been greater than what we expected for the Mobilio. We have so far received over 9,000 bookings for Mobilio since we started bookings from 8th of July and over 80% is for diesel variants.

How is the MPV segment doing in India amidst the general downtrend in the market?

It is a testing time for the automobile industry in the country. The MPV segment has been doing well with an average of around 10000 to 12000 units sales every month in 2013. Now with the launch of our Mobilio, we expected the MPV segment to expand more.

Any plans to export the Mobilio?

We are considering that. The export of Mobilio will start later this year and we will start with South Africa.

How much has Honda Cars invested in its two plants?? What is their production capacity and how much is being utilized?

Currently we have about 9,000 employees and we are planning to start second shift in the Tapukara plant that will add 1,000 more jobs.

Till now, we have invested around Rs.6100 crore in both the plants.

What is the current dealership count and how much more have you planned for this year?

As of now, we have 179 dealerships in 114 cities. We are planning to expand the network to 230 dealerships in 150 cities by March 2015. Of this, over 75% of the expansion will happen in smaller cities and towns.

Honda has set a target of 6 million units sales in Asia by March 2017 of which 25% is expected to be from Honda Cars India. In India, Honda Cars has got plans to reach a sales target of 3 lakh cars annually by March 2017.