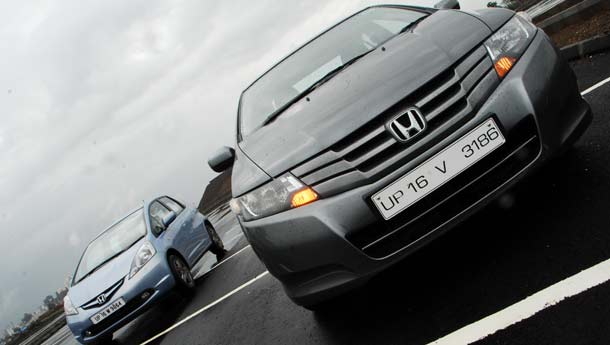 Honda Siel Cars India Ltd (HSCI), a joint venture between Honda Motor Company of Japan and Siel Limited of India, which has seen a worst year in terms of production in India in 2011-12, is looking at doubling its sales for the year 2012-13. The company is likely to close the current fiscal with sales of about 50,000 units, a decline of about 17 per cent over the last year, a top company official said.

“We have seen a loss of production for about five months this fiscal as a result of earthquake and tsunami in Japan early last year and Thailand floods in October, which affected supply of some critical components. During the period April 2011 to January 2012 we have suffered a loss of 32 per cent in our production in India. We have just recommenced our production in Greater Noida plant by importing critical components from Japan and China. We will complete the delivery of backlog orders by end of March for Honda City and Brio models,” Jnaneswar Sen, Senior Vice President - sales and marketing, HSCI said.

He said the company is aiming at achieving the 100 per cent capacity utilisation at its Greater Noida plant, which has an installed capacity of 120,000 units per annum, during the next fiscal.
The higher sales volumes will come from the newly launched mass-market model, Honda Brio, which has been getting excellent customer response and bookings, he said. Since the launch of Brio in September, HSCI has received bookings of 9,000 units, of which 2,000 units have been delivered. The remaining orders will be delivered by end of March. It has 5,000 orders backlog for Honda City and 4,000 orders for Honda Jazz.

The company is working in two shifts to clear the order backlog for Brio and City by end of March, while the deliveries will be completed for Jazz model by end of July.

The production of Brio, City, Jazz and Civic models was disrupted mainly to unavailability of some critical components like electronic control units and underbody parts among others.

“Our focus is more on Honda Brio as it is our first volume model. It is our first attempt in that segment and is a big learning exercise for us,” Sen said.

However, in order to avoid future inconvenience, the company is planning to increase localisation level in its car models. To begin with, the company is looking at increasing the localisation in Brio from 80 per cent to 90 per cent next year. It is planning to increase the number of component vendors from the present 132 to 170 and raw materials to make some of the components like special steel among others from the domestic market, Sen told Business Standard.

HSCI has a component manufacturing plant at Tapukara in Rajasthan, where it has invested Rs 1,300 crore. Sen said the company is also developing a small diesel engine in Japan and is working on launching a diesel car in India. Without giving a timeline and the exact model, he said the company is working out the specifications and plans to use the new diesel engine in a wide variety of models. However, he said that the diesel car launch may not happen during 2012.