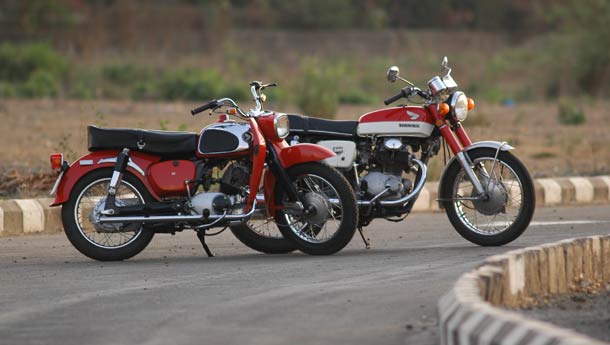 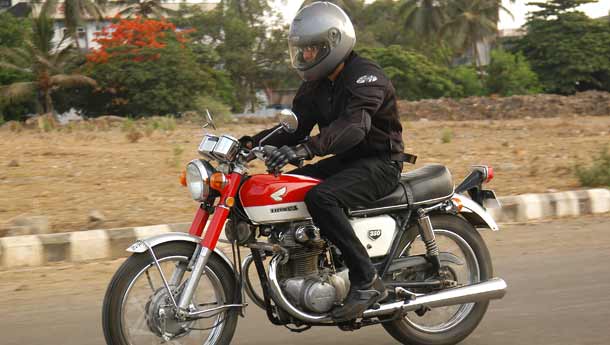 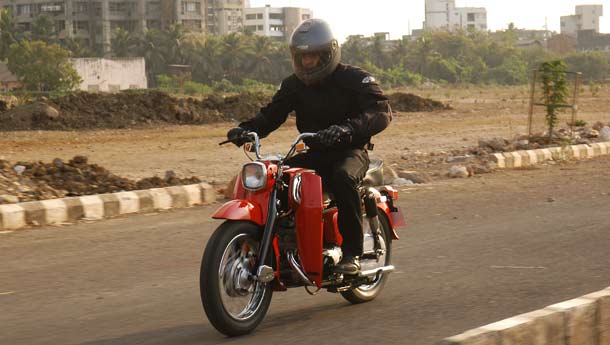 These classic motorcycle stories are getting to be a bit monotonous, I tell you. It all starts off when someone (who is bent on making my life difficult) would have heard of a ‘Norton or something like that’ doing the rounds in some part of town. Then it’s followed by an endless series of phone calls. Once that’s done, and the said bike is located, the owner is subjected to the ‘What BSM is all about’ regime followed by a slightly hesitant ‘So could we meet up tomorrow at about 6 am?’ After which comes the big question: ‘And er... ahem, would it be possible to ride the bike?’


Arriving on location the next day is always a bit of a nerve-wrecker. What with me being Murphy’s favourite child. Anyway, once the bike does arrive, it heads straight for the camera, after which my real job begins – riding the classic. After my fifteen minutes of fame, it’s to the breakfast table with the owner, where I spill out my standard set of questions. You know, stuff like, how many years he’s had it, its competition in its prime, model year, blah blah blah, all this with an absolutely riveted expression – something I’ve perfected over four years of earning an engineering degree. Then comes the perennial ‘How easy is it to maintain?’ bit.

And that’s when it gets really predictable. Old bikes are a sensitive issue. So when I get the ‘Oh, she’s given me no trouble at all’ routine, an imaginary (thankfully) ‘Yeah, right’ bubble appears over my head. Don’t get me wrong, I ain’t demeaning these guys, but there is a reason why stuff like CDI and CV carbs exist.

This time around though, things were a bit different. You see, when I hopped on to the 1967 Honda CA77, I was so instantly comfortable, I could have well been riding a machine that had just rolled off a production line. A bit of an exaggeration maybe, but the fact that I hadn’t stalled, come close to falling off or bust a knee to get a forty-year old motorcycle going, should tell you how effortless it was. Heck, I didn’t even miss a gear on that five-speed rotary gearbox.

The answer to why Honda is the largest two-wheeler maker in the world is pretty clear once you ride the CA77. Leave aside the aesthetics for the moment; this 125cc twin is as effortless to ride as an Unicorn. I kid you not, I could have put this thing in a comparison test with the 125s on sale today and it would have creamed them with regards to refinement.

But in the sixties, there wasn’t much room for a motorcycle like this. Even though it sold well, it was way too small to be taken seriously. Besides, the motorcycles that real men rode broke down once in a while – a quality that somehow gave the machine ‘character’. However, impressing the hot dogs was never really the whole point of this bike. Remember people, this was the time when the general impression of a motorcyclist was an armful of tattoos and a mean bandana for a uniform.   Soichiro understood that to get the masses on to two wheels he would have to give them a friendly enough machine. The brilliant ‘You meet the nicest people on a Honda’ campaign that came out in ’62 was a step in this direction. But more than that, he needed motorcycles that were simple, easy to use and gave owners absolute peace of mind. Machines that were easy enough to get people off their bicycles and onto these bikes in no time at all. Something that is so easy to understand in the saddle of the CA77.

The aircooled 125 twin was called so because C stood for the touring body style (early days these) while A was for the American version. The styling may look a bit odd today (I hate calling a motorcycle cute), but given that a band called the Hondells recorded a song on the bike in ’64 is enough to justify its popularity. Apart from this, it got a single carburettor, a rotary gearbox in a stamped sheet metal frame, a leading link suspension at the front and a set of rectangular plungers at the rear. The electric starter that first made its appearance in 1958 was standard on the CA. The same powerplant also served in the CB (the super sport), the CL (the scrambler) and the CR, which was the production racing version.

Back to the riding bit. 38 years later, the electric starter still takes it job as seriously as it did on the day it was rolled off the showroom. While the leg guards might give the impression of this being a step-thru, it’s not one. It’s a proper motorcycle alright. One with a light clutch, smooth power delivery all through the rev range and the precision with which everything works – they threaten to make the motorcycle a bit dull. Hmm… didn’t I say something about it not being able to please real motorcyclists? But seriously, there just aren’t any vintage quirks on this bike. Even the damn drum brakes are good and everything on the bike including the  speedometer just works.

To get back to the ‘everybody in the saddle bit,’ let me remind you that Honda wasn’t here just to get people to love motorcycles. ‘Mike the Bike’ Hailwood already won the Isle of Man twice, and with Honda having established itself on the racing scene, getting into the big league was inevitable. Although the CB450 twin aka the Black Bomber had already taken the world by storm, it was at the ‘68 Tokyo Motor Show when Honda really broke into the elite class. That motor show saw Honda unveil the most powerful machine to come out of Japan and now, they had well and truly arrived. They no longer needed to make bikes like the CA77, so they replaced that entire range with a new line of high performance SOHC twins with five-speed gearboxes – the CB 250s and 350s.   Now, while the CA and the CB might be separated by only a couple of years, it feels like a generation gap. You sit perfectly on the CB, and where the CA feels like a step-thru with a tank, the CB comes across as a scaled down version of its big bro, the CB750. Quite clearly, the approach here was to make a smaller big bike, and in America, it really was the lowest common denominator for a motorcycle.

The 350, was actually a 325cc 36 bhp motor that was enough to entertain or even put in a 15-second quarter mile. Not mind-blowing, but substantial enough. But with power coming in at 10,500 rpm you need to really give it some stick, and with internal balancers about a decade away, it’s amazing how Honda managed to keep the vibes down. In fact, if there was something that had always plagued the Black Bomber series, it was these vibes. So having burnt their fingers already, Honda was not going to mess this one up. Careful balancing of the crank and rubber mounts between the cylinder head and the frame took care of that problem.

Honda claimed a 7.8 second interval to the 100 kph barrier, but as Rider puts it, the intent of the CB was to get the America of long hair and the Mustang, out of the car and on a motorcycle. Needless to say, the DNA remained unchanged, something that comes to the fore once you ride the CB.

While the 350 does feel a bit heavy for its size, once on the move, you hardly ever realise the weight. The four-stroke twin feels perfect to potter around town and although the power comes in pretty late, it’s not nervous while cruising along at 4000 rpm. Give it some stick though, and you will see yourself on the fun side of 100 kph pretty quickly. When the CB came out, road testers criticised the bike on the cornering clearance front, then again it wasn’t built to endear itself to this quality of riders.

To be honest, neither of these bikes were path-breaking, and in Honda’s illustrious motorcycle history, they would just about deserve a footnote. The CA77 may have had all the charm of a Splendor in the sixties, but it was responsible for getting people to motorcycles. On the other hand, the 350 proved to be so popular that Honda sold more of these bikes than Triumph did in their entire history. Basically, the 350 took off where the CA left. But more than anything else, these bikes are a testimony to Soichiro Honda’s unparalleled achievement of bringing motorcycles to the masses. They shattered the myth that motorcycles were only for tough guys and rebels. And even though they may seem boring and faceless today, they had reached out and made Honda and motorcycling in general, appealing to everyone.

On the road that has culminated in the motorcycles of today, the CA is a milestone, whereas the 350 is a signboard. Oh, and on the breakfast table, I skipped the maintenance bit.