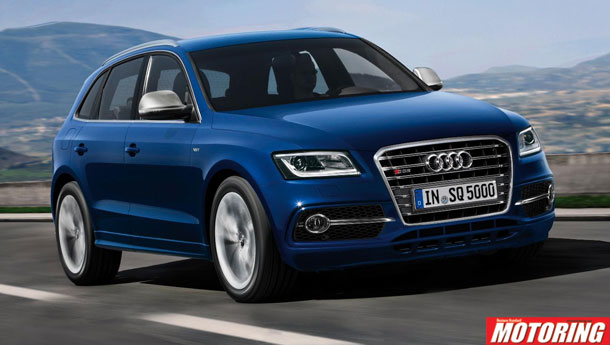 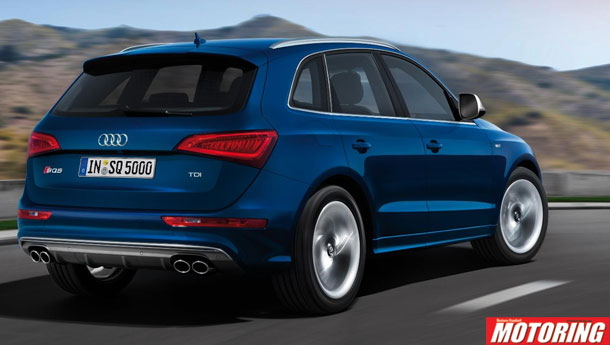 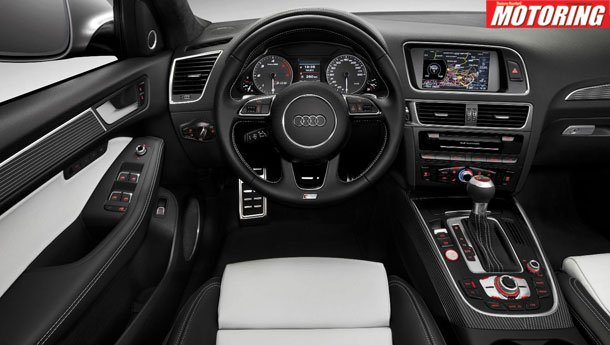 Yes, it’s not typo – it is indeed called the Audi SQ5, and it’s the sportier, faster brother of the box-stock Q5. What is it is basically the Q5 with a bi-turbo monster under the hood. A monster that makes 308 bhp and a staggering 66.3 kgm of torque, right from 1400 RPM onwards! Sounds very diesel-like? Well, that’s because it is a diesel – a very fast and capable one.

Unveiled on the eve of the 24 Hours of Le Mans, this new ‘S’ version of the Q5 is the first Audi SUV that comes with the ‘S’ badge. The 3.0-litre BiTDI motor is a scorcher, no doubt, and it had to be limited to a top speed of 250 kph! Coupled with an 8-speed tiptronic tranny, this all-wheel drive SQ5 hammers its way to 100 kph in 5.1 seconds accompanied by a soundtrack that’s been engineered to sound like a proper S-model. But that’s not all that is impressive about this motor – they even claim 16.5 kpl! Heck, diesels are getting more tempting by the day!

To keep with the monster motor, the SQ5 has been lowered by 30mm, sportier 21-inch wheels have been installed with fat rubber and the electromechanical steering has been sharpened up to keep with the speed. Of course, with regards to the looks, the grille has been updated, there’s bare aluminium-look bits sprinkled all around, a roof spoiler is now on the car and so are new bumpers.

With their diesel R18 e-tron Quattro gunning for gold at the Le Mans as we speak, the message from the Germans is clear - diesel is no more a ‘fuel for the slow’