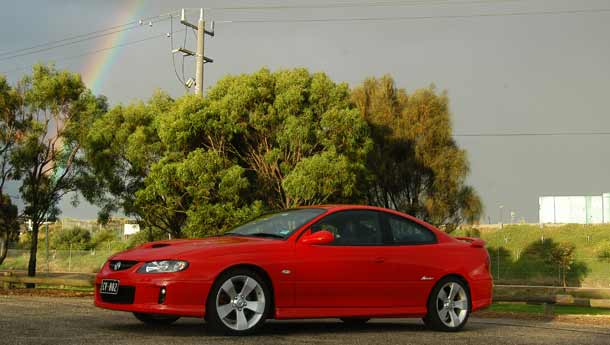 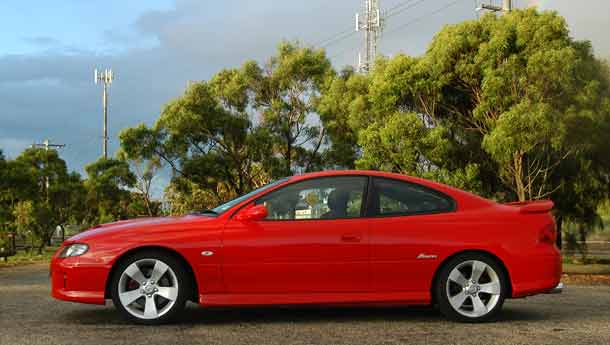 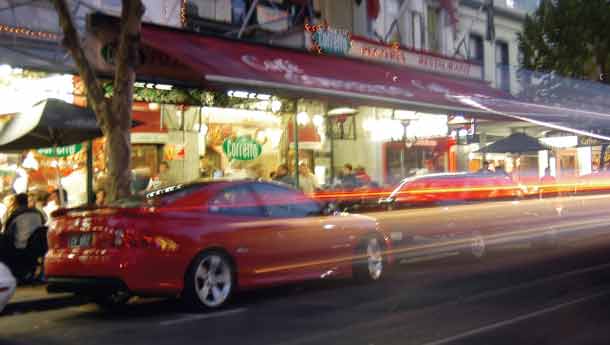 The car Holden Monaro CV8. This is the one thing that Australians are proud of, after chocolate-coated Macadamia nuts and weird wildlife, that is. It is not exactly space age too, since Holden, the General Motors arm in Australia, has been building V8-engined cars for a long time now. So what makes it special? Well, the world – mind you, not just the Australians – seems to like it. So much so that Bob Lutz ensured that the first thing he did in his fresh stint with GM was to get it re-badged as a Pontiac, complete with a woken-up-from-the-cemetery GTO tag. The Brits love it too, and queue up to buy one badged as a Vauxhall. Actually hooligans around the world seem to respect its ability to treat asphalt like toilet paper and its magical, almost mythical, ability to emerge out of a smokescreen every time a signal light changes to green.

The City Melbourne, Australia. This is as confused as modern cities get. To begin with, it is so far away from the rest of the world that the moon seems to be closer from most angles. Then, it has got a very bad inferiority complex since it is neither the capital of Australia nor is it the biggest city – boring Canberra and exciting Sydney have that honour. Well, you and I know that Sydney got to host the Olympics thoughMelbourne has lots to do with the Commonwealth games later this year.

Looks and architecture
The car wins hands down here. While the Monaro will not force a Lamborghini Miura to run for cover, it has got a certain degree of time-induced character and an air of honesty about it. It must have been designed by a GM designer who is counting his pension figures today and its recent facelift was, I am certain, done by a bunch of interns on a chewing gum budget. As if the car didn't look serious enough, Holden has added flared nostrils on the bonnet. Now it looks like as if it's sneering rather than snoring. Great!   On the other hand, the city of Melbourne tries desperately to be different. So you get normal, tall buildings with unusual facades featuring acute angles and upside-down writing. If it were a car, Melbourne would have looked like a base Toyota Supra with a wild wing job. Colonial architecture, mostly museums and churches today, are sprinkled around the town, but they do look as if they are suffocated by modern monstrosities. Take Spencer Street railway station, for instance – this can be called a central hub for the railways and they are in the process of building a new structure that would really stand out. Now, that sentence would have been all right as long as I had not forgotten to add 'like a sore thumb' at the end of it. Ditto the Telstra dome, which Melbournians are really proud of. Some weird bridges and arty entrances try to tell the visitor that it is a rather special city, but only the visitor knows that the beautiful St Kilda beachfront and the vast parks make the visit worth it.

Interior and space
Get under the skin and you realise what an agreeable place Melbourne is. It is a very friendly city with very friendly people. It is either that, or I didn't understand half of what total strangers where telling me. The central town is well planned and even if you suffer from third degree amnesia, you will be able to find your way back to your hotel. Even if you don't, there are 33,000 cafes and restaurants to fall back upon. Alright, make it plenty of restaurants. Being largely built around immigrant communities helps too, and that means Italian, Greek and Chinese cuisine almost everywhere. And right when I thought there is nothing like authentic Australian food, I saw a restaurant that served crocodile steak with a poached ostrich egg on top of it. I didn't have the skin to try it though.

Talking of skin, the Monaro gets its share of cow too. The reasonably well-stitched dark leather and dark shades of plastics make the Monaro interiors ape Camaros and Corvettes of the nineties. There is a certain degree of sophistication and sportiness that comes with lots of red dials as well. The front seats are sumptuous, but access to the rear is meant only for the Elle McPhersons of this world. Now, supermodels are a species that you won't find in abundance in Oz-land. But once there, the rear seat offers a decent amount of legroom, if not headroom. The best view inside the Monaro comes from behind the wheel though – the long sloping bonnet and a never-ending stretch of highway that fills the windshield is bound to get the Mel Gibson out of you. When that happens, driving antics suited for Mad Max IV  won't be far away, right?   Power and performance
Chicago, for example, is a city where you can smell money. In Las Vegas, you can hear it jingle. In Melbourne, well, you don't hear or see it. If you insist it can be called a financial capital, well, both Sydney and Perth have stolen a march over it long ago. What you do see is the power of people, and of course, a lot of performances. Just take a look at the activities Melbournians have lined up this March and you will shake your head in agreement – Dinosaurs from China at the Melbourne Museum, Megawatt – an exhibition on, what else, electricity, Cyrano de Bergerac from the Melbourne Theatre Company, Mamma Mia – the world's number one musical, F1 GP (that we knew!), Melbourne Food and Wine Festival, Melbourne Fashion Festival, Australian International Air Show, iconic works of Andy Warhol, Melbourne Dragon Boat Festival, Rip curl pro-surfing, Antipodes festival celebrating Greek culture and, this is my favourite, Melbourne International Comedy Festival. No, I am not joking.

The performance of the Monaro is no joke though. The 5700cc engine did service in a Corvette not so long ago and it develops close to 356 kangaroos – 356 koalas somehow doesn't sound right – and over 50 kgm of turning force. High flow restriction air intake, cross flow cylinder heads, sequential fuel injection, high energy distributorless ignition, twin knock control sensors, on board diagnostics, electronic throttle control, split performance dual exhaust and cross bolted main bearing (don't know what that last one really means, still) all make up the engine under the bonnet. And it packs the sting of a bluebottle jellyfish.

Get into the car, start the engine, slot to first and mash the throttle, and the expression on the face of people won't be different to that worn by the aborigines when they saw the Endeavour over the horizon for the first time. Now mind you, this is a very heavy car and hence not a natural born sprinter, but when it moves, it is like the earth moving. Shake, rattle, rumble and presto, the Monaro is boomeranging around town and you are hanging on for dear life. Australia, like the USA, has wide roads that don't necessarily go anywhere in particular, and that is why cars such as the Monaro rule – you can listen to Australian Rules footy over the radio and do a 900-km Melbourne-Sydney run in eight hours' time. Or Perth in eight weeks' time. Suitable national car for a continent of a country, indeed. The cops know the Monaro too well, and while I was cruising down Elizabeth Street on the eve of the Aus GP, an innocuous looking Corolla cop car followed me and took every turn I took. He left my trail only after giving me a nasty look that meant 'no burnouties tonight, son!'

Verdict
To me, Melbourne wins. Because I found the Monaro a handful when it came to hookies (dangerous right turns that you need to practice so that you don't crash into trams) and I found the handling (though revered by Monaro fans around the world) a bit on the dodgy side. Life, unfortunately is not a tram line, as Melbournians would agree. It has got twists and turns and all that muscle car still may not earn you a girlfriend.
Melbourne was glowing in the autumn sun as I floored the V8 for one last time. I was pushed back into the bucket seat, and the nose of the car vaguely pointed towards Antarctica as I crossed 200 kph. At that moment I fell in love with it.