HMSI to invest Rs 490 cr for capacity expansion in K'taka 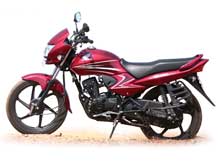 Yadvinder Singh Guleria, vice president, sales and marketing, HMSI said, " We are going to increase our production capacity during current financial year. New line of production will be developed at Narsapura plant near Bangalore."

So far the HMSI has invested around Rs 900 crore on the Narsapura plant, and for capacity expansion would invest another Rs 490 crore by the end of March 2014.

The company has two other plants at Tapukara in Rajasthan, Manesar in Gurgaon and Narsapura, near Bangalore in India. The third or the Karnataka plant started production from May 2013.