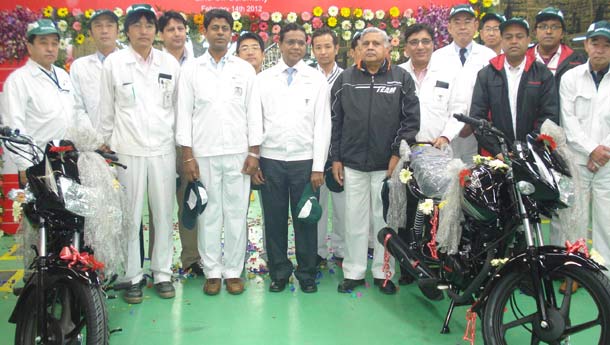 While supply issues plagued the cars division of Honda, the motorcycle unit had no such problems. They still have a relatively long waiting period for their bikes though because of the greater demand for them. They started off their operations with a production facility in Manesar capable of putting out 1.6 million units annually and opened up a new facility in Rajasthan to meet the increasing demand. Phase 1 of the Tapukara plant was capable of pumping out 0.6 million units annually which helped a bit with the waiting periods, but even with all that, there was still a waiting period for their products. With another 0.6 million unit capacity added to the Tapukara plant, it should be smooth sailing for Honda.

This new facility can be configured to manufacture both scooters and motorcycles. So, rolling off the assembly lines are the Activa scooter and CB Shine and CB Twister motorcycles in various batch sizes depending on demand.

That's not all though, Honda is also in the process of setting up a manuifacturing plant in Bangalore which will be operational in 2013, bringing up the total production capacity to 4 million units!