History up for grabs 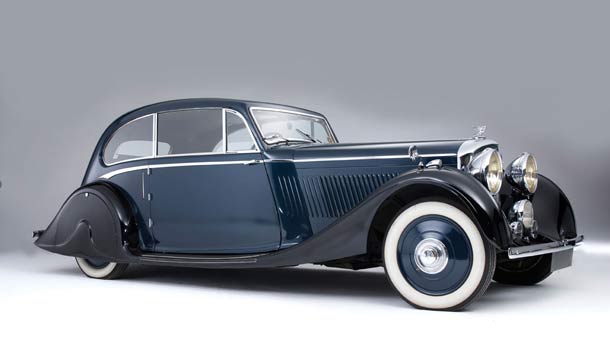 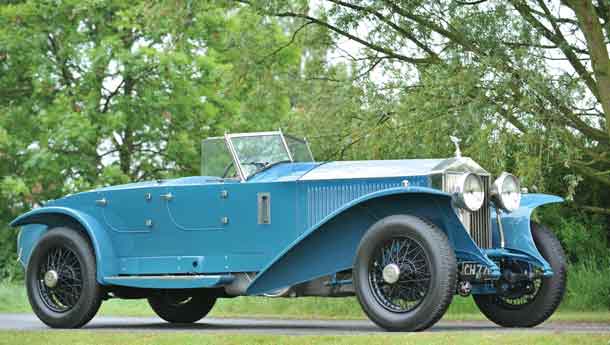 There is good news for all the avid vintage and classic car collectors in the country. RM Auctions, the leading auction house for ultra-rare and exquisite motor cars, has some goodies that will go under the hammer on the 28th of October this year. Among these beauties harking to a glorious past are two cars that have a rich provenance with India.

This Bentley model isn't called 'The Silent Sports Car' for nothing. The 80 bhp, 3.5 litre, OHV, six-cylinder engine is mated to a four-speed manual transmission and the sterling combination is good for a comfortable cruising speed of between 112 to 120 kph according to some period reviews. The opulent and one-off coachwork by Barker is cocooned from the harsh surface of the road by semi-elliptical leaf springs at the front and rear, keeping your wine fizz free.

As if that wasn't enough, the history of this Bentley is as glorious as the car itself. The car was originally built for the Nawab of Bahawalpur, a city which was located along the Sutlej river in present-day Pakistan. According to some archival data, chassis no. B32EF arrived in Bombay (now Mumbai) from London in 1936.  At some point in its life, the Bentley returned home to England where it was lovingly tended to by the London Service Depot of Rolls Royce for His Highness. According to some sources, Rolls-Royce would prepare the car immaculately just before the Nawab arrived in London so that he could use it during his visit.

Along with the car, you will get original documents that include a hand-written order car that contains the saloon's unique upfit and other details about the fittings such as the interesting 'India tyres'. An original dynamometer test sheet of this car's very own 3.5 litre motor that accompanies this Bentley is certainly brag worthy at the next vintage car rally.


1928 Rolls-Royce Phantom I Torpedo
Coachwork by Jarvis of Wimbledon
Chassis no. 17EX
Engine no. 25EX

The other car on sale that has strong ties with India is a 1928 Rolls-Royce Phantom I Torpedo with coachwork by Jarvis of Wimbledon. The first owner was none other than the Maharaja of Jammu and Kashmir. It was purchased in the same very year and in 1932, it was sold off to another owner. The car kept changing hands till it eventually was shipped out of the country.

In the 1990s, extensive restoration work began on the car and the Phantom was ready for the 2004 Pebble Beach, just in time for the 100th anniversary of the Rolls-Royce marque.

What is most interesting about this car is that it was an experimental car of sorts for Rolls-Royce. This very Rolls-Royce was tested extensively, some 7200 km in all, by the factory and has some novel features like a shortened steering wheel and the motor is placed slightly forward.

For more details on these two beauties and the other priceless old timers on sale, log on to 'www.rmauctions.com'. Don't forget to let us know if yours is the winning bid - we'd certainly love to come over and drive the car ourselves, really!