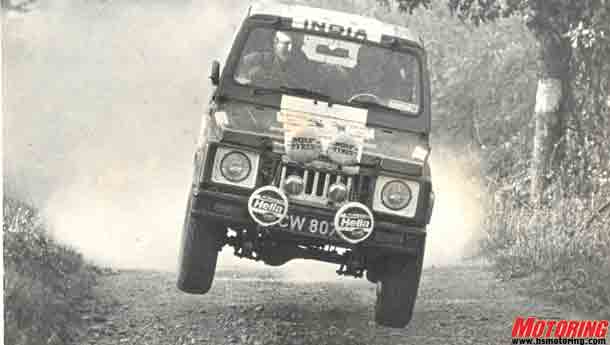 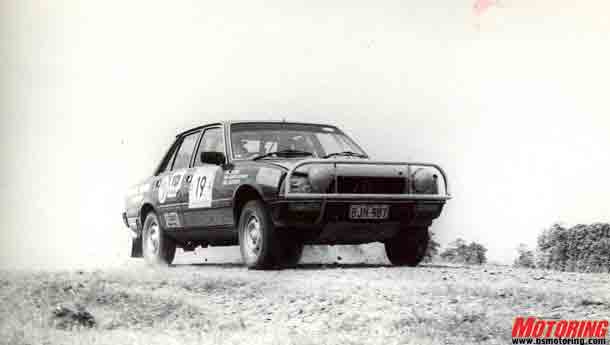 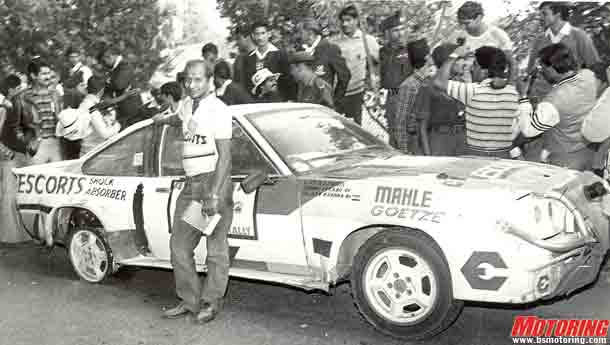 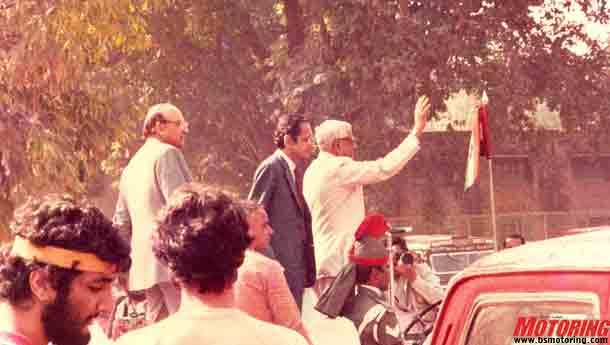 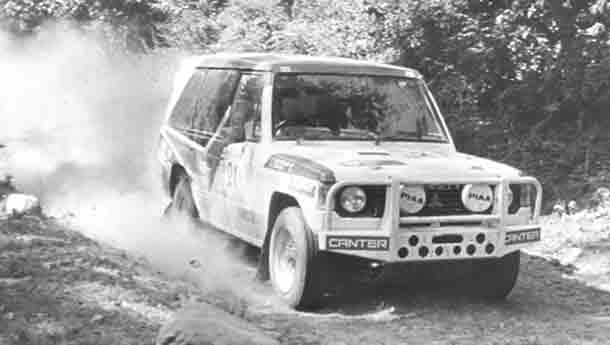 The year is 1980. The place – the mighty Himalayas. A lone man waits on the craggy edge of a peak overlooking a strip of road that snakes its way between snow covered mountain tops.  Then, breaking the silence of the mountains comes the shriek of a car that thunders past, leaving in its wake a slight shiver in the air. It’s not just the cold, the mountains have been injected with a surge of adrenaline. The man picks up his radio, and transmits a message to the next marshal post. For now, his work here is done.

It might sound like the beginning of a John Le Carre novel, but the goings-on in the Himalayas every October for the 10 years between 1980 and 1990 were anything but sinister. It was, in fact, a celebration of motorsport, motoring spirit and the love of adventure – it was the Himalayan Rally. And the very name evokes at once both a feeling of nostalgia in people fortunate enough to have been part of and witnessed the event, and regret in those who missed that era. This is part  of that story....

‘It started when the chairman of the East African Safari Rally, a gentleman called  Dr Bharat Bharadwaj came to visit India in 1976, and suggested we run an equivalent event here,’  says Nazir Hoosein, chairman of the Himalayan Rally Association. And while he might have been apprehensive at first about the potential of running an international event in India at the time, the wheels had been set in motion. Hoosein then began visiting and studying the Safari Rally from 1977 to 1980. In 1980, a team from India was sent to Kenya to be a part of the Safari Rally itself, and later that very year, the first ever Himalayan Rally was flagged off with an excellent grid and world class drivers.

To hope that the rally would run without a glitch, however, was a little optimistic. Despite full support from the government and army, there were protests. The opposition party was unimpressed by the fact that the rally would guzzle away what they believed would be a copious amount of the country’s petrol and held demonstrations. Though the organisers refuted the claim and stated that the fuel consumed in reality if the rally ran in its entirety was equivalent to a Boeing 707 flying from Mumbai to Delhi and half way back, only certain parts of the overall course (which extended all the way from the Brabourne Stadium in Bombay to the Himalayas) could be run. Eventually, Shekhar Mehta was crowned winner of the event. ‘The then Prime Minister, Indira Gandhi was very gracious at the prize distribution, apologised on behalf of the nation and said it would be ‘Roses, roses, roses all the way the next year’. And I’m quoting,’ says Hoosein.

So, the rally ran the next year and the year after that, all the way till 1990, growing steadily and even applying for world championship status. But with the number of applications pouring in from across the world, it wasn’t easy for the FIA to accommodate every event. And with Asia and the Pacific region already running rallies, a new championship was born. ‘The FIA created what was known as the Asia Pacific Rally Championship,’ Hoosein declares, ‘and the Himalayan was one of the founder events of that championship.’

And with the status of an international event, came the men and machines that people the world over looked up to. There were drivers like Shekhar Mehta from Kenya driving an Opel, Jayant Shah, also from Kenya, would compete in a Nissan, Rajeev Khanna would compete in an Opel Manta, while D Hendricks drove a works Lancia Delta across those very stages in 1988, and international driver Joginder Singh made it to the Himalayan on more than one occasion.

A quick Google search for the Himalayan Rally reveals posts from various motoring forums where people swap stories about how they managed to get to the Rally back in the day. Some cut school, some were escorted there by their parents, some even made it there on chaperoned class picnics. And villagers and locals would trek as far as 25 kilometres to watch the rally and meet the drivers too. Yes, even up there in the mountains there were crowds to witness motorsport history being made.

The Himalayan Rally also launched several big names in Indian motorsport. Farad Bhathena was a lad of 18 when he took part in the 1982 edition of the event for Team Mahindra. And he won his class too, arriving on the rallying scene in style. A few years later in 1989, Hari Singh made his rally debut at this very event when he drove for Team Thunderbolt. He started the rally dead last, was seventeenth by the end of the first day, and finished the rally sixth, making him one driver to watch out for.

A part of the spirit of the Himalayan Rally was about never giving up. President of the FMSCI, Vicky Chandhok talks of his first attempt at the Himalayan in an Ambassador. He suffered a broken gearbox in Manali, which didn’t deter him one bit. ‘I bought a taxi then and there and plonked a new gearbox into my car. Of course the car broke down eventually, but I had it towed to Kullu with the help of two bulls!’ He competed in a Fiat the next year and a Ford Escort the year after that, when he finished first in class and fourth overall.

Then there were the rivalries that you simply couldn’t let go of. Nikhil Taneja recalls his toughest rally ever was the 1988 Himalayan, where he had a 6,000 ft drop on one side and the sight of Kuldeep Singh Chauhan ahead of him keeping him going. ‘Everyone was convinced I’d crash, but it turned out that my rival was the one who ended up crashing out and I won my class.’

Sanjay Sharma, head of motorsport, JK Tyre had his first taste of motorsport with the Himalayan Rally when he was a marshal in the forests of Corbett in 1985. He went on to drive and co-drive in the event too. ‘Back then there were works teams with full factory support, close battles and fantastic rivalries,’ he says.

There was also the team of Captains Chauhan and Sekhon who competed in the Himalayan in Jongas and then Gypsys, finishing as high as fourth overall one year, and winning the Indian category on more than one occasion. The names and the stories, there are plenty more of both.

But what of the people on the other side? The men who would ensure that the rally ran and ran well? Kamlesh Patel might never have competed in the Himalayan, but did the rally route between 1983 and 1990. He would spend a month in the mountains before the event, finding new roads and checking rally terrain, driving through the treacherous passes in Maruti Gypsys and even a Standard 2000, once even off-loading his radio operator at the nearest railway station to shed some weight. ‘We would stay in the smallest dak bungalows and little hamlets. But we met interesting people, drank interesting liquor, and ate interesting food. It was an adventure!’ he says.

Shrikant Karani, who was on the organising committee from the very first edition of the Himalayan Rally right up to the end has even more adventurous anecdotes to add. ‘You had to push really hard, there were times during the rally when we didn’t get any sleep for seven or eight days at a stretch, and there was also the task of keeping the volunteers enthusiasm levels high and helping them remain motivated in the cold.’ He recalls one instance where he stopped to fill air in his tyres in the middle of the night and wasn’t aware that they had been overinflated accidentally. What it resulted in? His car toppling over and careening down the mountainside with him in it. Another vivid memory is of the time he was double-checking the route before the start of the rally. Floods had washed away a section of the route, and crossing over to the other side to see if the rest of the road was acceptable was vital. And so, when his car couldn’t make it across, the forest department loaned him an elephant to ford the floods and check the rally route!

Then, after a decade of running, it all stopped. ‘A question I’m always asked, is why the event came to an end,’ says Nazir Hoosein, ‘and the reason is very simple – the event became too big.’ The Himalayan Rally was on the front page of every Indian newspaper for the duration of the event, and people found it convenient to stage protests and demonstrations during the rally to ensure their cause was noticed. If it wasn’t a demonstration for the formation of Uttarakhand one year, it was a local protest the next and a protest by students against the proposals of the Mandal Commission the year after. ‘We ran the event over a series of stoppages and that was it – the last event was in 1990,’ Hoosein says finally.

But where there is enthusiasm, there is still hope. ‘We’re looking at the possibility of what is termed a historic event,’ he says with a twinkle in his eyes, before finally ending our talk with ‘The Himalayan Rally Association is still legally alive.’

‘Many of us started our careers with the Himalayan Rally,’ says Navaz Bhathena, ‘and nothing we’ve done so far can match that singular event.’ She also tells me ‘What you’re asking will take pages.’ And she’s right. This event deserves an entire book.

So, how do you tell the tale of such a glorious era gone by in motorsport in a few magazine pages? The truth is – you can’t. You can only try scratching the surface with your own words, and then hope the words and pictures of those people will carry you through... And that perhaps someday, someone will tell the rest of the story.