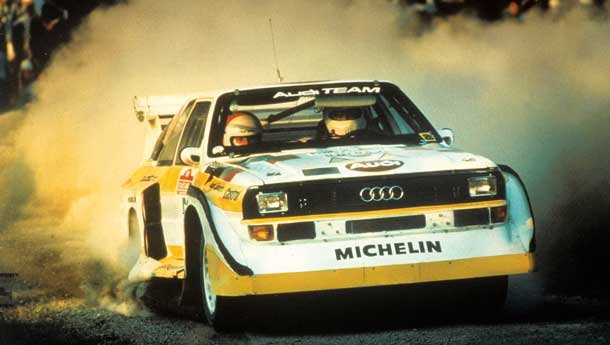 1. Toyota Fortuner - Someone please make me understand how Toyota managed to rake in 5000 bookings. Heck, that's twice as many Captivas Chevrolet sold in the whole of last year! And book a Fortuner now, and you won't receive one until January 2010, and for some colours until February. Normally, people tend to call us up and ask us whether to buy a car or not, especially when the car has been just launched. But not this time. It seems all those 5000 people knew what they wanted to buy, didn't care about reviews or opinions and just walked right into Toyota dealerships and out with booking numbers. Goes to show how frustrated people were with Toyota for not launching the Fortuner for over four years. And they did it by adding to Toyotas coffers! Ironies of ironies...

2. Giancarlo Fisichella - Boy has he had a busy week! Last weekend, he drove an absolute blinder of a qualifying session to get onto pole. Then, harrowed Kimi Raikkonen to finish second just 9/10ths of a second after the Finn crossed the finish line. Three days later, he would walk in with his manager and ask VJM if he could move on to Ferrari, a dream drive for any Italian driver. And voila, he's driving the same scarlet car that won the race last weekend. At 36, he's a prime example of how to resurrect a dying career. Good on you mate!

3. Mahindra Xylo - Well, the Xylo might be flying off shelves, but it certainly is in need of some design tweaking. Our test car is a prime candidate now for  a service, but some of the things going wrong with the car have raised our eyebrows. The brakes lock at the slightest dab and you wait until they warm up to actually bite. No doubt then, they launched the E8 with ABS recently - it actually needs it!. The driver's seat is more creaky than the wooden floor of a haunted house, and the dashboard is giving it company too. Vibrations have rocked our doors and it feels like they might just unhinge themselves. The handling is suspect pretty much all the time and its bouncy nature hasn't helped either. All this on car with just 14,000 kilometres of primarily start-stop traffic is a serious no-no. The only good thing I've discovered is that the stereo system supports SD cards, USB drives/iPods and auxilary devices, apart from MP3 CDs. I can't think of many premium cars that offer so many options. Looks like Mahindra's attention to detail has somewhat been in the non-essential places, eh?

4. Porsche 911 - They've been busy with the car, alright. In little less than a month, the new 911 Turbo made its entry. This was followed up by the mad 911 GT3 RS and now the limited edition 911 Sport Classic. Great going there, except that this new 911 isn't feeling new either. From some angle I can't even decide if it's a Cayman or a 911. Increasingly, the charm of the 911 is fading away with its me-too looks and lack of evolution. It's all in my book, but what do you think? Post in your comments below.

5. Video of the week - Log on to YouTube and search for a Walter Rohrl and Audi Quattro. A 3 minute clip with some death defying driving from the 1985 season will keep you hooked. It also shows you why Group B made a rather untimely death - just keep a close eye on the spectators and you will understand why!