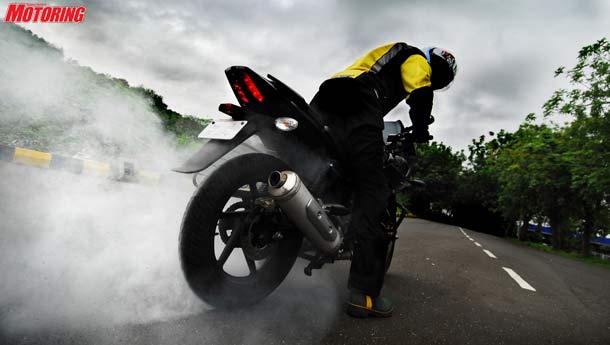 Bajaj Auto, the highest valued two-wheeler company, will re-enter the segment which gave it the identity of a performance motorcycle maker, with the launch of a range of high-end Pulsars planned for next year.

New model launches in the higher engine capacity segment will be the first from the company after a gap of more than three years. Bajaj had shifted focus from this segment to low capacity commuter motorcycles, to address Hero Honda’s dominance in that segment.

“The Pulsar brand has received tremendous backing from the domestic market. We would continue to capitalise on it in the coming period. Bigger Pulsars are planned for next year and some of these are in advanced stages of development,” said a senior executive.

The Pulsar range starts at 135cc and goes up to 220cc, with four models. It is the most high-margin brand for Bajaj Auto, which is also India’s second largest two-wheeler company. The range constitutes about 40 per cent of the company’s total monthly sales.

Bajaj says it’s on-target for selling a million units of the Pulsar in this financial year, aided primarily by the entry-level 135cc.

Price factor
The company states that volumes of high-end bikes in India, generally above 200cc in engine capacity, are not as big as some of the 150cc range, due to high price tags. It is working on solutions for the price.

“When we reduced the price of the Pulsar 220, we received tremendous response. This means if a power bike is offered at an affordable price, buyers will not shy away, despite having to compromise on issues like fuel efficiency,” said the Bajaj official.

Although finer details of the new range of Pulsars are yet to be made public, market sources say Bajaj is developing a 250cc one, with a new engine. This bike will compete against Kawasaki’s Ninja in engine power but should be available at less than half the price. The Ninja, assembled at the Chakan facility of Bajaj, is priced at Rs 2.8 lakh.

Meanwhile, Bajaj has phased out the Discover 135 motorcycle, succeeded by the more powerful Discover 150, at a price tag almost on par with the outgoing model.