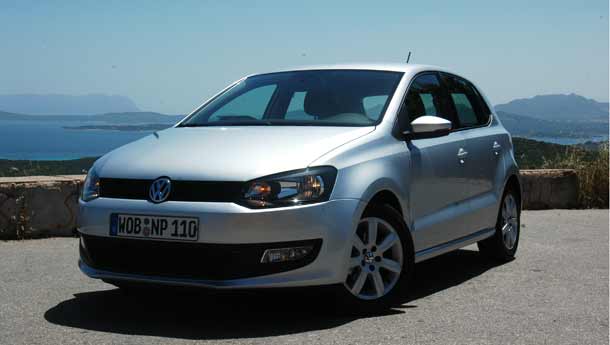 Within two weeks of its launch, the Honda Jazz, which carries the most expensive price-tag among hatchbacks made in India, has already notched up an order book of 1,000 cars.

The excitement over the Jazz, priced at a hefty Rs 7 lakh, and the successful launches of other premium hatchbacks like the Maruti Suzuki Ritz and the Fiat Grande Punto in rapid succession over the past couple of months does not augur well for entry-level sedans.

And it is going to get even crowded next year with the introduction of the Volkswagen Polo and models from Ford and Toyota at the premium end of the small car market.

Experts said these high-end hatchbacks were certain to give entry-level sedans a run for their money since India is essentially a small-car market, with about 70 per cent of all cars sold falling into this category.

Consider the figures: According to Society of Indian Automobile Manufacturers' (SIAM) data, around 8,85,676 small cars were sold in the domestic market by SIAM members in 2008-09, up 3 per cent from the previous year. In comparison, 2,84,414 sedans were sold against 2,74,983 units the year before. This trend is going to increase with the premium hatchbacks.

Indeed, sales of premium hatchbacks grew 18 to 20 per cent last year against just about three per cent growth for the overall A2 segment models (which includes the "bigger" small cars like the Santro and Indica).

"New launches usually increase a segment size, and with the launch of the Jazz and Punto, the premium hatchback segment will definitely get a further push towards its growth path," said Neeraj Garg, member of the board and director, Volkswagen India Passenger Car.

Though the Ford Fusion was launched in 2004 and the Hyundai Getz later the same year, it was the introduction of the Maruti Suzuki Swift in 2005 that can be considered the beginning of India's premium hatchback revolution. Skoda entered the fray with the Fabia in 2006 and Hyundai with the i20 late last year. But it’s in 2009 that the segment clearly bloomed.

According to German car major Volkswagen, there is a definite shift towards the high-end hatchback by Indian customers. "The last year saw a higher sales turnover from this segment vis-à-vis the low-end hatchbacks and we expect this trend to continue. Currently this segment has a 17 per cent share in the hatchback segment," said Garg.

Jnaneswar Sen, vice president-marketing, Honda Siel Cars India, said half of those who booked a Jazz were buying a second car for the family who already own a sedan, and the rest were customers upgrading from an entry-level hatch to a premium one.

"Hatch is just a shape. One can buy a sedan at a cheaper price compared to a super premium hatch. But, if these new cars offer the same space as a sedan, have higher manoeuvrability and make a finer style statement for the young, upwardly mobile, then many would actually opt for a premium hatch," Sen said.

For instance, the Tata Indigo CS costs between Rs 3.65 and Rs 4.55 lakh in the National Capital Region (NCR), while the popular Maruti Swift Dzire starts from Rs 4.61 lakh ex-showroom Delhi. Though the Dzire has so far bucked the trend by selling about 6,000 units in May and still has a waiting list for deliveries, the trend expected is that premium hatchbacks with more features will sway the buyer away from entry-level three-box cars.

“There will definitely be cannibalisation of the entry-level sedan market by these hatchbacks,” confirmed Ashutosh Dixit, general manager, sales, Skoda Auto India. Dixit estimates the market size for premium hatches, comprising the i20, Fabia, Punto, Jazz and the Swift and Ritz, to touch around 50,000 to 60,000 units this year. Skoda expects at least a 10 per cent growth in Fabia sales this year.

Moreover, companies keen to take advantage of this growing segment are launching hatches using their existing car platforms. For instance, the Jazz is built on the City platform, the Punto is based on the Linea while the Ritz borrows heavily from the Swift. This brings the cost of building the cars down and also determines the price of the car as well as its features. As pricing is the key element to capture market from the sedan, carmakers are smartly taking advantage of the excise duty structure to price them more aggressively.

"The Jazz attracts an eight per cent excise duty as against a 20 per cent on the City," Sen said. Fiat India Automobiles president and chief executive officer Rajeev Kapoor said "We have been able to price the basic 1.2 Punto very aggressively at Rs 3.99 lakh ex-showroom Delhi, as its length is less than four metres and the engine specifications help it to fit into the eight per cent excise duty structure".

Kapoor emphatically said that the sedan segment was actually declining. "The growth in the coming years will come from the hatchback. The sedan has a signature value, but now the high-end hatch provides the same style at a better cost of ownership proposition. And it's no longer a small car," he said.

The already established players in the segment like Maruti Suzuki and Hyundai Motor have strategically decided to go in for new launches to retain their market share. Maruti launched the Ritz in May after the A-Star launch in November last year. It sold 8,565 units of the Ritz, priced around Rs 5 lakh in May, while the A-Star has already sold 18,460 units this year. Swift has sold 44,083 units so far in 2009.

The Hyundai Getz sold 819 units last month and a net of 3,118 units this year, while the i20 managed a respectable 9,290 units till date this calendar year. "We believe India is a price-sensitive market. While value-for-money products will continue to dominate the market, at the same time buyers are becoming more conscious of quality, technology and features. Hence many who have more flexible budgets opt to buy top-end hatches like the i20," said a Hyundai spokesperson.

Read the reviews of three of the hatches discussed in this story - the Fiat Grande Punto, VW Polo and the Honda Jazz in the July issue of BS Motoring