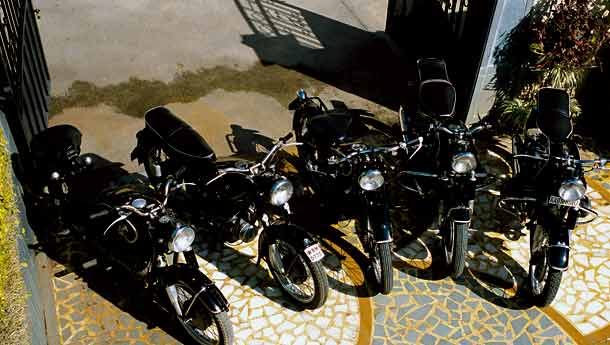 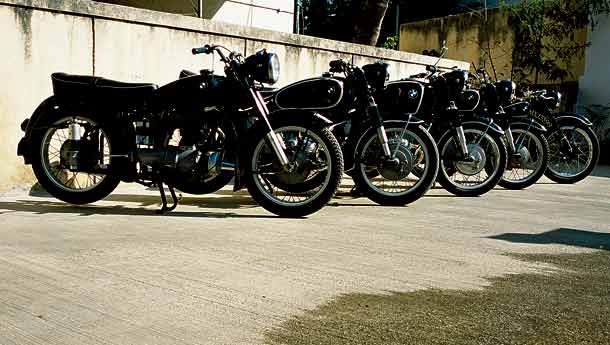 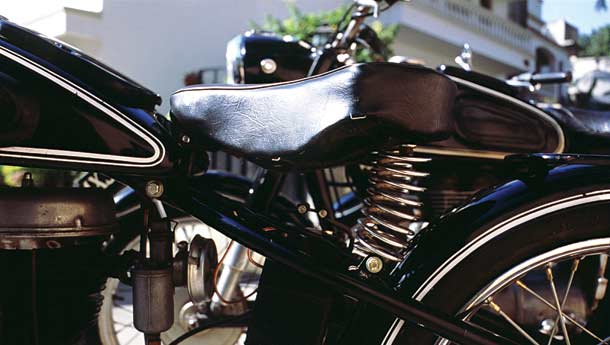 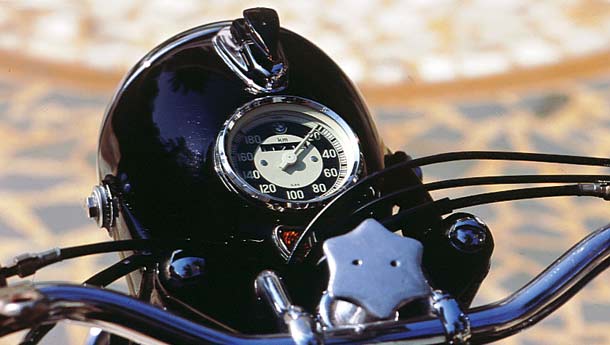 ‘You’re a lucky so-and-so, you know’. This is something that Srini never tires of telling me, and that’s perhaps because he knows he’s right...and that I know it too. In the five months that I’ve worked here, I’ve driven and ridden virtually all the latest cars and bikes available in the country; ridden a superbike (Ducati 999) and a big cruiser (Yamaha Drag Star); driven three ultra-cool JCB excavators; been taken for a drive in a Bentley Arnage R and travelled to some marvellous places. Yes sir, there’s truth in them thar words. However, among the things I hadn’t done as yet was to have a go on some vintage cars and motorcycles. Until, that is, I was told we were off to Pune to shoot not just one, but five classic BMW motorcycles and an equal number of vintage cars. My stars were obviously lined up all neat and proper!

After an early morning blast down the expressway, we rolled into Pune’s chaotic traffic and promptly got ourselves lost. Stopping to ask directions from various auto drivers seemed like the sensible thing to do, but instead we found ourselves repeatedly passing the same landmark from different directions. Srini, ever the wit, said ‘Hey, I recognise this road, so I’ll remember it the next time we’re lost’. Eventually, after some more wrong turns and Srini-isms, we reached the house of Mr. Shrinivas Thakur, the gentleman who owned all the bikes.

He owned a lot more than BMWs, as I discovered when I entered the compound of his house. The bikes I were to ride and shoot had been lined up,all cleaned and polished. They looked fantastic in the morning sun! Apart from the BMWs, though, the entire place was crammed with vintage cars and bikes of different makes, all in superb condition. I stood and drooled over them while the amiable Mr. Thakur explained that he had had a fascination for BMWs since he was a young boy, hence the large number of them in his collection, something he started in 1980. ‘What about Japanese bikes?’, we asked. A half-smile and a gentle shake of the head from him. ‘I don’t like them, they’re not sturdy or reliable. BMWs are extremely tough and their build quality is superb. I ride to Mahabaleshwar every Sunday on them, and they’ve never given me any trouble.’ Mr. Thakur rides with his friends, who also have classic Beemers. Some people have all the luck! His personal favourite? The  R69, because of it’s powerful 600cc engine, pliant ride and completely stock nature.

When I settled into the seat of the pride of his collection, I was immediately struck by how comfortable it was. Compared to the seats on the current crop of econo-commuters, this was like sinking into a sofa. As far as I’m concerned, a comfy seat is half the battle won when it comes to bikes. The starter required a firm kick and the engine fired up instantly, settling into a relaxed beat. Blips of the throttle produced a satisfying, shaft-driven ‘whoosh’ that promised lots of torque and a smooth riding experience. Shifting into first was a bit of a battle, though. The bike’s boxer engine extends directly over the gear lever and rear brake pedal, with large, protruding carbs thrown in for good measure. Fearful of getting my feet charred, I wriggled around, much to the amusement of all present. Taking the plunge, I gingerly slotted my feet into place, engaged first and was off to a slightly jack-rabbity start.   Riding a large vintage bike is an enlightening experience. The majority of today’s monster-mileage motorcycles may be bland, but most of them handle reasonably well. You tend to get rather spoilt on them and begin to take attributes like cornering ability for granted. Take a ride on something like this BMW and you realise that, for all their solidity and quirkiness, vintage bikes are complete dogs to handle. In their day, they were probably the best you could lay your hands on, but they feel hopelessly dated in this day and age. In a straight line, I built up a decent amount of speed and felt fairly confident about what the bike was doing, but as soon as I showed it a corner...well, it jumped and skitted around like a young lamb. Braking, did you say? Frankly, you’d be better off planting your heels on the road, since operating the brake lever
is more a wrist-strengthening exercise than an effort at stopping the darn thing. However, there is absolutely no denying that the fun factor, so important in any automotive experience,was admirably taken care of by the big machine. It had great pose value too, drawing a lot of admiring looks from virtually every passer-by.

I returned to Mr. Thakur’s house feeling extremely pleased with myself, for two reasons. Firstly, I had ridden my first vintage bike (a BMW, at that) and secondly, the experience had been a real pleasure. I would be lying if I said I would rush out and find me a classic BMW, but I sure as heck wouldn’t turn down a ride on one. As Srini would say, it’s ‘fundamental’.

You’re unlikely to find a bigger BMW fan than Shrinivas Thakur (above), who kindly let us ride his beauties .

As great marques go, BMW is right up there with Harley Davidson when it comes to the fierce loyalty exhibited by fans of their bikes. The Munich factory has, with typical German efficiency, produced motorcycles that use the same basic layout, beginning with their first model in 1921. When you think BMW, ‘air-cooled flat twin’ and ‘shaft drive’ are the terms that spring to mind, and with the notable exception of the F650 single, which was chain-driven, the boffins at BMW have remained faithful to the original concept. Other experiments have come and gone too: liquid-cooled threes and fours; telescopic, leading-link Earles and Paralever forks; single cylinders. Above all, and in contrast to most other manufacturers’ obsession with performance, BMW have strived to make well-engineered, reliable and comfortable motorcycles.