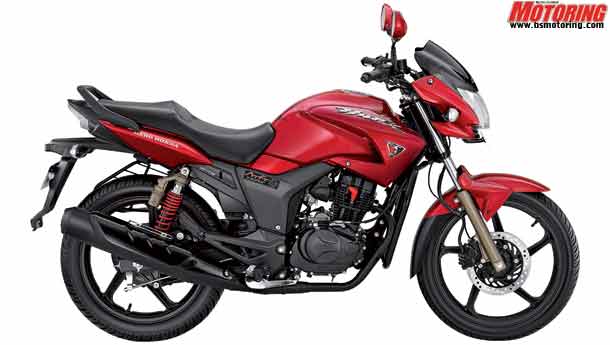 With the impending divorce between Japanese giant Honda and Hero Group’s Munjals now a certainty, the two key issues are: Can the Munjals maintain their number one position in the domestic market, which they have done effectively for decades?; and can Honda — the fourth-largest player in India after TVS –elbow its way to one of the top slots?

Observers of Honda say it certainly has the financial and technological muscles to do so. Even while it held 26 per cent stake in a joint venture with Hero (which will be sold to the Munjals and private equity firms), Honda set up an Indian subsidiary, Honda Motorcycle & Scooters India.


Honda has so far treaded very cautiously in the market to avoid conflict with its partners. It started with scooters, not a segment most two-wheeler makers concentrated on — certainly not the Munjals.

Honda did enter the motorbike segment, but clearly avoided the mass 100cc market, which constitutes over 60 per cent of the 9-million two-wheeler sales. It is in this space that their JV reigns supreme, with over 60 per share.

That situation is posed to change dramatically with the partnership coming to an end. Honda has a research & development (R&D) facility in Shanghai, China, to design low-cost bikes for Asia, including the key Indian market. It is planning to launch a Rs 27,000 100cc bike, which would be the cheapest in India and could clearly upset the Munjal’s applecart.

The Japanese giant will also leverage the large volumes expected for this bike in China and India to bring down component costs. To test the waters in Hero Honda's territory, Honda launched the 110cc Twister in April, which sells around 15,000 a month.

Honda also knows it requires more capacity to operate independently in the 100cc market. That’s why it is already investing Rs 500 crore to set up a second plant in Rajasthan with a capacity to make 600,000 bikes annually, which can be doubled, by the second half of 2011.

By then, the company will have a total capacity of 2.2 million two-wheelers. That will reduce the capacity gap that it currently has with Hero Honda (5.2 million) and Bajaj Auto (4.98 million by March 2011).

But Honda does not have the distribution or after sales strength to address a mass market, especially rural India, and that could be a major impediment. With a dealer and sub-dealer strength of 765 and over 315 authorised service centres, it is a pygmy compared with Hero Honda, which has over 4,500 touch-points (including dealers and spare parts dealers) and over 2,000 rural sales channel partners. Bajaj Auto will soon hit 600 direct dealers and has over 1,100 service centres. Building a distribution network like Hero Honda’s could take four to five years.

Some analysts disagree. Honda stands to make around Rs 5,400 crore from the sale of its stake in Hero Honda and another Rs 4,500 crore from royalty payment for its products with the rate being hiked from around 2.2-3.0 per cent to 8.0 per cent under a new agreement being hammered out. “That is enough cash for Honda not only to finance its aggressive foray into two-wheelers, but also its car venture,” says the CEO of a leading two-wheeler company.

But other rivals say building a distribution network is not about money — it might cost Honda Rs 400-500 crore to go to a similar size. It’s about getting committed dealers who share the same aggression, vision and culture. One suggestion is for Honda to sell its motorcycles through Munjal’s outlets, which in return will make a good margin.

Analysts say the Munjals, who own the largest two-wheeler maker in the world with over Rs 4,400 crore in cash reserves, can do two things to counter a possible threat from Honda.

HONDA’S OPTIONS * Leverage its R&D facility in Shanghai to design low-cost bikes for India and use markets lower component cost  * Close capacity gap with rivals using 600-bikes-a-year capacity of new Rs 500-cr second plant in Rajasthan * Spend Rs 500 crore to build network of distributors, especially in rural areas, to match bigger Indian rivals HERO’S OPTIONS * Use the technology agreement with Honda valid until 2014 to launch 3 new models in the domestic market  * Use the interim period to set up large research & development facility and inculcate innovation within the firm * Hire international expertise to build the Hero brand after the partnership with Japanese motorcycle giant ends

First, build a large R&D centre in three to four years (the technology agreement with Honda ends only in 2014 and they get three new products in the interim). The challenge will be creating a culture of innovation, which might be lacking now. Second, they can hire international expertise to build the Hero brand.

To be fair, competitors acknowledge that Honda has not furnished technology for any of the JV’s mass-selling bikes in recent years. Most of the products have only been upgrades of existing models. So, the divorce is just a formality.

It’s is still not clear whether customers bought a Hero Honda bike for the Japanese tag or because they offer value for money and a large aftersales network. “Look at Splendor. It is ten years old and Bajaj has new product like the Discover, but that does not dented Hero Honda sales. So, the ultimate analysis is what customers think,” says a top executive of an auto company. As the new contours of the two-wheeler industry takes shape in the aftermath of Honda’s split with Hero, the market will determine the new equations.