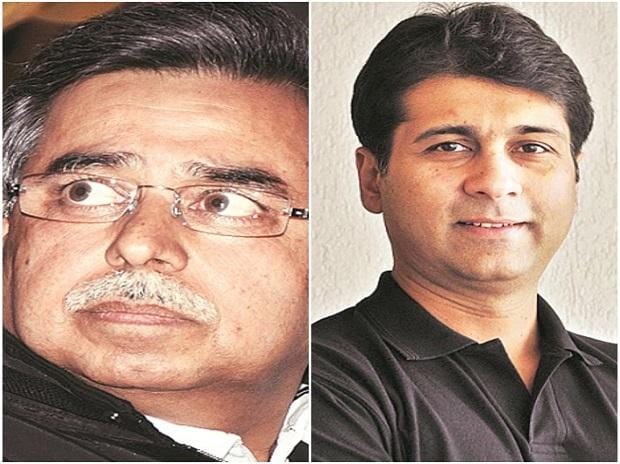 The heads of India’s two biggest two-wheeler makers have divergent views on the goods and services tax (GST) rate.

Pawan Munjal, chairman and managing director of Hero MotoCorp, is rooting for an urgent cut in the GST on two-wheelers from 28 per cent to 18 per cent, saying these vehicles provide basic mobility to the masses. Rajiv Bajaj, managing director and CEO of Bajaj Auto, however, disagrees. “The industry shouldn’t expect anything from a government that has to bail out IL&FS (Infrastructure Leasing & Financial Services) and Air India. It should focus on products and not rely on government sops,” Bajaj told Business Standard.

Ahead of the implementation of critical regulations like the Bharat Stage VI standards, which take effect from April 1, 2020, and the disruptions facing the auto industry, the statements by the top bosses of the two companies show the sharp difference of opinion among the industry players.

“Given that two-wheelers provide basic mobility to the masses, there is an urgent need to reduce the GST rate on two-wheelers from the 28 per cent bracket of ‘luxury goods’ to that of 18 per cent for mass-usage items,” Munjal said in a statement on Wednesday.  His remarks come against the backdrop of slowing two-wheeler sales of Hero and others in the domestic market after years of double digit growth, which helped India take the pole position from China as the world’s largest market for motorcycles and scooters in 2017-18. In December, sales at market leader Hero skid 4 per cent to 453,985 units over the year-ago period. Munjal attributed a muted third quarter to the increased cost of two-wheeler insurance ahead of Diwali and the prevailing liquidity crunch.

Even as he is optimistic of better sales in the ongoing quarter, a GST rate cut would provide the much-needed relief to millions of two-wheeler customers across the country and to the entire value chain dependent on the sector, he said.

“It is absolutely imperative to ensure growth in the auto sector to create and sustain inclusive economic growth,” he said. A sharp increase in the cost of two-wheelers following the implementation of a new set of regulations around safety and emission make the case for a rate cut stronger, he added. “All these will put severe stress on the extremely cost-sensitive commuters, for whom the two-wheeler is a lifeline,” he said.

But Bajaj has a different take on the matter and believes that instead of relying on government sops, the industry should sharpen focus on products. Moreover, a price cut is unlikely to spur sales. “In motorcycles, the sports segment -- where Pulsar is the leader -- is growing at 25 per cent, although products here are 50 per cent more expensive than in the mid commuter segment. So I don't think that reducing the GST by 10 percentage points is necessarily the only answer. The industry perhaps should focus more on products than on sops,” he said. Albeit on a lower base, Bajaj Auto’s domestic motorcycle sales jumped 39 per cent year-on-year to 157,252 units in December 2018.

Bajaj, however, pointed out that should the government decide to reduce the GST, it should be timed with the safety norms of April 1, 2019 or emission norms of April 1, 2020. “This will be an antidote to the steep costs associated with technology to meet with those norms,” said Bajaj. In a market where inventory is already very high, a hurriedly announced duty cut can have a detrimental impact on sales and lead to a 50 per cent fall in demand, he added.

“Given that India has one of the highest taxation on two-wheelers (including on- road taxes) when compared to other countries, that by itself is an ample case for lowering it,” says Mahantesh Sabarad, head of retail research at SBI Cap Securities. He added that both safety and BS-VI regulations would cumulatively lead to a price hike of Rs 3,000 a unit. A 10 per cent reduction in the GST will bring down the unit price by Rs 3,000. Hence, a cut in GST will offset the hike, he said.