Hero to buy into tech partners 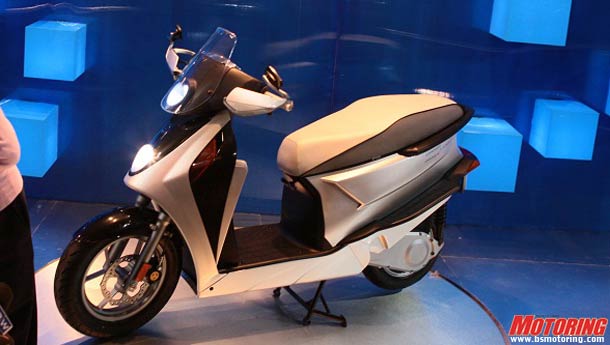 Hero MotoCorp has decided to pick up minority equity stakes in three global technology partners to ensure its technology edge after the end of its 26-year joint venture agreement with Japan’s Honda Motor Corporation.

“These are long-term arrangements, and there is every likelihood that sooner rather than later we will financially get involved in these companies,” said Pawan Munjal, managing director and chief executive officer, Hero MotoCorp.

To start with, Hero MotoCorp is looking at picking up a minority stake in the US-based Erik Buell Racing (EBR), a maker of performance bikes, with which it had signed a partnership agreement in February this year.

In March, the company had roped in Austrian engine developer and maker AVL, which has also provided technology to Bajaj Auto. It has now tied up with another undisclosed technology partner. Talking of the latest association, Munjal said, “This firm has end-to-end capability in all kinds of two-wheelers. It has expertise in internal combustion engines, hybrid and electric two-wheelers.”

Supported by the three alliances, Munjal said Hero MotoCorp would eventually replace all new products sourced from Honda between the present and 2014. It has already identified three models to be replaced in the first phase. “We are already working on a motorcycle to replace the 150-cc bike Impulse, which we sourced from Honda. Others are the scooter Maestro and the 125-cc mobike Ignitor. All new products we get from them till 2014 will be substituted with products that we develop in alliance with our technology partners.”

The company has commenced work with EBR to develop commercially hybrid scooter Leap, which it had showcased at the Delhi auto show. Hero MotoCorp is working on engine technology with AVL. It will source technology to meet the new emission norms coming into force in 2015. “Our aim is to have our partners as an extended R&D arm for Hero MotoCorp. These partners have huge specifications available and we want to be known as a full-fledged global two-wheeler brand eventually,” Munjal said.

He said the company had decided to set up assembly plants in Kenya, Nigeria, Columbia and Bangladesh to grow its footprint overseas. The company, which exports its vehicles to Sri Lanka and Bangladesh, plans to start selling them in Guatemala by October and in Nigeria by November or December. It also wants to start sales in Myanmar.