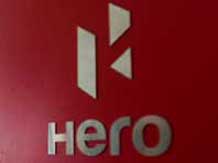 Shares of Hero MotoCorp hit its 52-week high level on the bourses after the country's largest two-wheeler maker reported its highest ever quarterly net profit at Rs 883.10 crore.


Hero MotoCorp today posted an 18.13 per cent jump in net profit at Rs 883.10 crore, for the first quarter ended June 30 aided by robust sales during the period.


The company had registered a net profit of Rs 747.54 crore during the April-June period last fiscal.


The two-wheeler marker posted gross sales of Rs 7,901.34 crore during the period under review, up 7.7 per cent from Rs 7,335.84 crore in the corresponding quarter of the previous fiscal.


The sales growth is reflected in the positive financial results for the quarter and has given the company the momentum to carry forward as it prepares for the upcoming festive season, Hero MotoCorp Chairman, MD and CEO Pawan Munjal said.