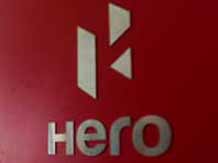 In July, Hero MotoCorp commenced retail sales of Splendor iSmart 110 - the first motorcycle to have been completely designed and developed by its in-house R&D team at the Hero Centre of Innovation and Technology in Jaipur.

"The initial customer response to the new bike has been positive," the company added.

On the outlook, Hero MotoCorp said: "With the above average monsoon and implementation of the 7th pay commission recommendations, the company remains cautiously optimistic about a positive turnaround in the industry in the second half of the year.