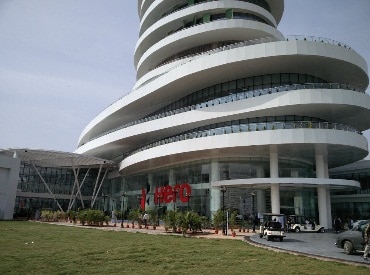 Country's largest two-wheeler maker Hero MotoCorp has phased out different models and variants as part of its plans to realign product portfolio to focus on premium bikes and scooters for future growth.

The company has discontinued Ignitor, Hunk and HF Dawn models while it has already stopped selling of variants such as Maestro scooter, Passion Xpro, Splendor Pro Classic and Karizma R motorcycles in the recent months.

Confirming the development, a senior company official told PTI: "We are currently in the process of realigning and consolidating our product portfolio with an enhanced focus on scooters and the premium segment."

The company, which already has over 50 per cent market share in 100 cc and 150 cc bike segments, is planning to launch half a dozen new products in the current financial year.

"Two will be introduced in the market leading up to the festive season in September. Following these, we will launch an all-new 200cc motorcycle around the Auto Expo 2018," the company official said.

The company is confident of maintaining its growth trajectory in the coming months, he added.

The company is increasingly facing competition from erstwhile partner Honda in the domestic market.

In August 2013, the company had announced plans to enter 50 markets by 2020 with a target of 20 manufacturing units across the globe and an overall annual turnover of Rs 60,000 crore.

It has also set a cumulative sales target of 100 million units by 2020, having crossed the 50 million milestones in 2013.