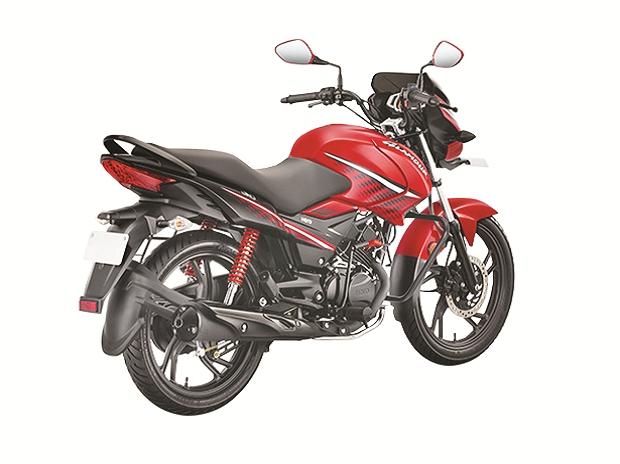 The Hero MotoCorp stock has gained nearly 10 per cent since its March-end lows on expectations of strong volume growth in FY19 led by robust rural demand. Given the positive rural sentiment following a good rabi season, higher minimum support prices for crops, and forecast of normal monsoon, brokerages, industry body SIAM and the company’s management predict that the current fiscal year should see a double-digit increase in for two-wheelers/motorcycles volumes.


Among key reasons for the outlook is a normal monsoon. Two private weather forecasters, Skymet and Weather Risk Management Services, have indicated that monsoon rain, which starts in June, should be normal. This is expected to boost rural incomes and consumption. What should add to this demand is the government’s measures to improve rural infrastructure such as roads and favourable schemes ahead of elections, including assembly polls in three large states this year and general elections in May next year.


The double-digit growth is significant given the high base in FY18 wherein two-wheeler sales grew nearly 15 per cent, selling a record 20.19 million units. The performance in FY18 is much better than FY17 when growth was just 7 per cent. Higher rural demand is positive for the sector as it gets 40 per cent of its sales from these areas and is even more pertinent for Hero MotoCorp’s as the rural segment accounts for half of its sales volume. In fact, strong rural sales, higher festive demand, as well as good response to new models, helped Hero record a 20 per cent growth in two-wheeler sales in March. Hero also finished FY18 on a healthy note recording a growth of 12 per cent with sales crossing the 7.5 million mark.”

“Hero MotoCorp is the best pick in two wheeler space, with a likely revival in the rural economy. Its market share is resilient in entry and commuter segments and it will be a key beneficiary of two wheeler penetration upsurge in states like Bihar, Uttar Pradesh, Odisha and Madhya Pradesh due to better product reliability and brand acceptability. In addition, rolling out new models (including 125cc scooters) will provide much-needed support to volume growth,” analysts at HDFC Securities had said in an earlier report.


In FY19, Hero will look to improve on its market share gains seen over the last couple of quarters. It has been gaining share in motorcycles led by demand for CD Dawn, Passion Plus and Glamour. The market share is expected to improve after four bike launches, including 125cc Super Splendor and two 110cc Passion variants, over the past few months. Analysts say rural recovery will help Hero improve its volumes, especially in less penetrated states, on the back of improved distribution network, product reliability and brand acceptability. In the premium bike segment, Hero is banking on the recently launched Xtreme 200cc to make a dent in this fast-growing segment.


While overall motorcycle growth is steady, incremental volume growth over the last couple of months has been driven by scooters. The new 125cc variants of the Maestro Edge and Duet scooters, to be launched shortly, should help improve scooter volume growth. Analysts at HSBC say that capacity constraints in Honda Motorcycles and Scooters India may also provide an opportunity for Hero MotoCorp to firm up its share (currently around 14 per cent) within scooters.


While exports are still an insignificant part of overall volumes, the company is expanding into new geographies to boost its volumes. Exports account for about 4 per cent of the overall volume, up from 2.4 per cent a year ago.


The March quarter (Q4FY18) results should help sustain the recent gains for the stock. Hero is expected to post revenue growth in line with volume growth of 23 per cent, while margins on the back of volume leverage are expected to expand 300 basis points year-on-year to 16.8 per cent. Stronger operational performance should reflect in an earnings growth of 37 per cent in the quarter, among the highest for automakers across segments.


At the current price, the stock is trading at just over 20 times its FY20 earnings and should yield good returns over a two-year period. A potential risk to monitor is commodity prices, as any sharp increase could weigh on margins of auto companies.