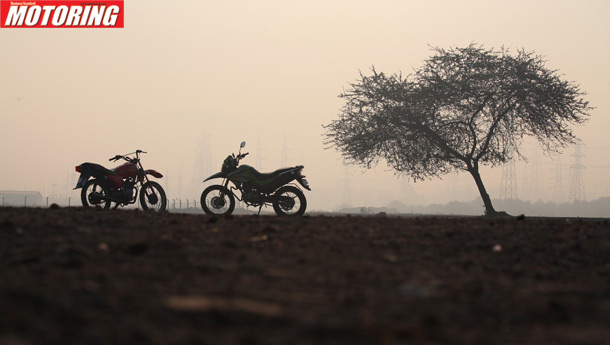 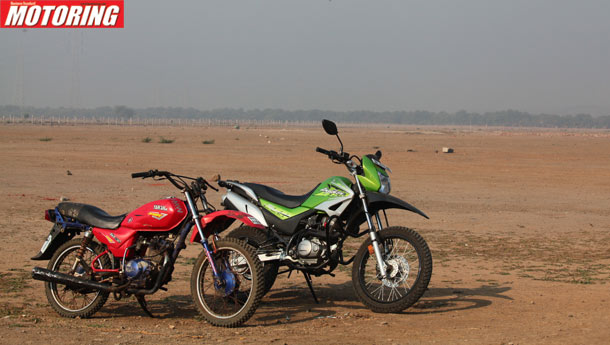 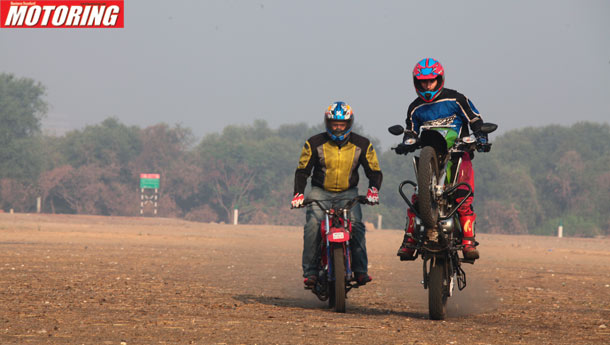 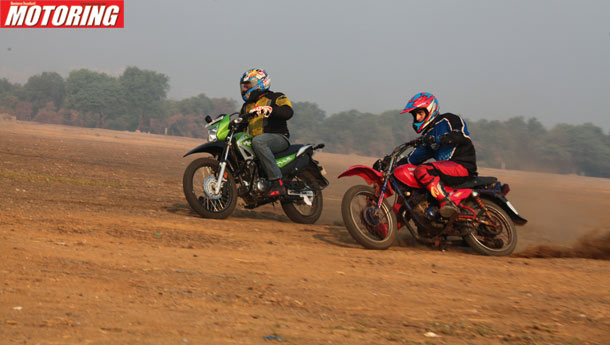 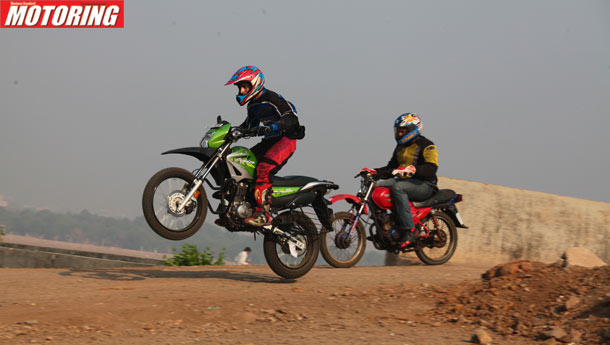 Not too long ago, you had to work for your horsepower. Extracting more juice from your lemon (a reference to your motorcycle) meant you squeezed it harder. Fancy flat slide carbs and the like were only seen in glossy foreign motorcycle magazines and instead, filing out the jets in your bike’s carburettor only brought you back to reality.

That tuner ‘uncle’ told you that there’s more fun to be had by bumping up the compression ratio. So you stole your neighbour’s window pane and bought some sandpaper with the pocket money you’d been saving. After what seemed to be an eternity, rubbing the engine head in a figure of eight motion on the paper stuck to the glass sheet, you cleaned it and bolted it back onto the bike. A short test ride later, in all probability, you needed to go through the whole process again. And again, till you got what you were looking for.

With nothing available in the Indian market, if you wanted to ride competitively in the dirt or on the track, you either were on the receiving end of a handsome inheritance and imported stuff, or you built it yourself with whatever you had lying around to make it truly shine.

Okay, so now for the introductions. People, meet Malcolm Ilavia, a motorcyclist right down to the marrow within his bones and a bloke who was born with a bike attached to his hips.

Motocross is what Malcolm is most passionate about. Good, now that you all know each other, we can move on.

If you want to ride in the dirt, you need to have a ride. Skimping on the vada pavs allowed Malcolm to collect enough cash to buy himself a second hand (wait for it) stock Yamaha YBX. And that was only the beginning.A pair of knobbies, a slightly polished exhaust port, fork travel increased by an inch and one larger rear sprocket later, Malcolm and his YBX were ready for whatever the dirt could throw at them. They’ve been through a lot, may I add, competing actively in motocross events across Maharashtra with much success.

Today, with the Impulse, you can have an on-off roader, brand new and factory built, with the mere swipe of a credit card. Does the Hero have what it takes to star in its own action flick in the dirt? Will the home-built YBX have reasons to worry? Will Malcolm now put his trusty YBX up on eBay? There’s only one way to answer all those questions. By getting dirty.

As soon as we reach the open plot of land that is to be our playground for the next couple of hours, Malcolm, on his YBX, stomps down the gearbox by a couple of cogs and vanishes into a cloud of dust. Sideways. Having absolutely no experience riding off-road, my meek attempts to catch up, not surprisingly, fail miserably.

Having finally found Malcolm, standing under the only tree for miles, grinning, I get off the Impulse to explain to him how the shoot is to pan out. And then, very sheepishly, I tell him that I know nothing about riding over a surface that is as steady as a bag full of cuttlefish.

‘Just whack it open,’ he says. ‘And when the bike is sliding, whack it open even more or close the throttle, depending on how the bike reacts at the time,’ he goes on. Sounded simple enough to me.

I do exactly what he says, and let me tell you, the man is either modest or has a weird sense of humour. When the rear wheel begins to lose traction, certain parts of my anatomy begin to rise higher than where they ought to be and, panic stricken, I’m veering between twisting my right wrist back or getting off the gas. Ultimately, with sheer terror in my eyes, I try to do whatever my tarmac-only instincts tell me to do. I shut off the throttle, drop a gear and then brake like a man possessed. Incidentally, those things were the exact opposite of what I was supposed to do and, consequently, I was nearly launched into orbit.

All the while, Malcolm was sliding in circles around me, while I awkwardly hung out my foot, trying to control the bucking horse that was beneath me. The thing is that he made it look so simple, when in reality, it’s the result of years of practice – the way this guy rides is completely mental. He’s having a ball on surfaces so slippery that ice skaters would cringe to take them on and, as if that wasn’t enough, he keeps looking back at me and giving me the thumbs up.

It’s time to swap, and I get on to the YBX and Malcolm on the Impulse. The YBX feels tiny in comparison, and with the Yamaha built for Malcolm’s dimensions; the pegs were a tad too high and the seat too low for my build. And the sound, ah, it’s a throaty blat as compared to the subdued murmur of the Impulse; the sort of soundtrack I would imagine emerging from a motocrosser when I close my eyes.

The Hero puts down its power early on and across the mid-range too. When it comes to the Yamaha though, the torque comes down swiftly and suddenly, just like a chisel being struck with a sledgehammer. That makes the YBX a tad more accurate, because the throttle acts like a switch – either on or off. There’s no easy spread of power, like with the Impulse, so you know whether you’re on the boil or merely lukewarm in an instant. A wide spread of torque makes the Impulse good for the role it was intended, but if you’d rather ride it as a dirt-only machine, it’s a little soft.

Where the Impulse blows the YBX clear out of the muck is in the chassis department. The Yamaha, despite looking promising, is no match for the Impulse’s frame, which shows the off-on road intent of its design brief. That being said, the Impulse’s suspension is set up a tad too soft for the dirt, and keeps wallowing when ridden hard over bumps. The Yam’s tweaked springs seem more comfortable, soaking up most of what is thrown at them, and yet they’re taut enough to keep you from pogo-ing about the place.

The Impulse is great, but it needs some work to be the tornado it can be in the dirt. Firstly, Malcolm says he’d stiffen up the suspension. The travel is spot on, just that it’s a tad too mushy. Secondly, some more grunt could be massaged out of the engine – a filter and a carb rejet should help the scenery move by quicker. That would also make the torque sharper than it currently is, working its magic on the rear wheel more instantaneously. Malcolm reckons a set of taller bars on the Impulse would fit him better, but I wouldn’t say that I found anything out of order with the stock item. And lastly, a good set of knobbies would complete the package.

All in, the Impulse definitely is the best motorcycle for the dirt sold in the country by far. But old habits die hard it seems, and the Hero does need a bit of elbow grease before you can hit the motocross track in earnest. But then, what is a diamond without its polish, after all?