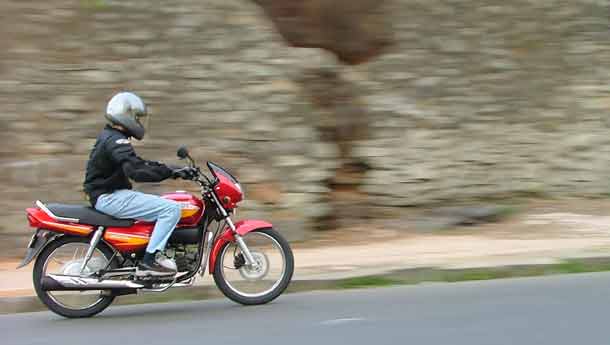 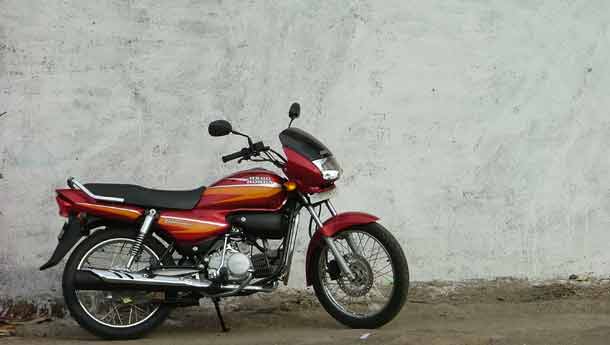 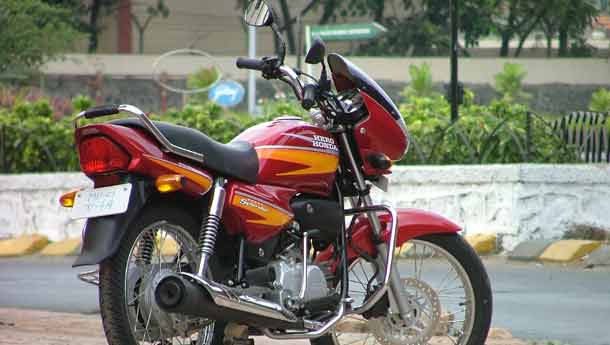 The Splendor may be one of the most charmless bikes around, but so many people have bought it it’s not funny. Boring it may be, but when you have a lakh of people buying one of these every month, no one really wants to take chances with it. And while the competition laughs at Splendors, they’re working as hard as they can to replicate it – if not the bike itself, at least its sales success. Want proof? Despite so many Splendors being sold, try finding one second hand. And find one manufacturer who wave off Splendor sales as irrelevant. Save for Royal Enfield, that is.

Like it or loathe it, the Splendor really is a legend. At BSM , we aren’t very easy on bikes that are as unexciting as the 97.2cc Hero Honda and while none of us would be caught riding one, we respect it for the sheer acceptability it enjoys. To put that in perspective, while we’re not moved to tears by the bike, it has excellent, durable engineering, unflinching fuel economy numbers and what the bike has done for Hero Honda’s bottomline is impressive and commendable.

So imagine our surprise when we first cast eyes on the so-far hush-hush Hero Honda 125cc machine. Hey, that looks just like the Splendor! We later confirmed that almost everything on the bike is new, but it’s quite amazing how it still manages to look the same. There are a few bits that haven’t changed, but that is a short list – the BSA Champ style handlebar and a fuel tank. Almost everything else is calculated to neatly bring up images of the Splendor. For instance, the new fuel tank lid is very similar to the Passion’s, while the new side panels look the same, but are actually completely different.

In tune with the rest of the 125cc machines, the Super Splendor also wears a bikini fairing. I really like the way the screen flows from the headlamp upwards to the upper edge. The twin pod instrument cluster has been replaced by a unit that reminds one of the Fiero F2. And yes, the tachometer is yet to make its Splendor debut. One of the instant irritants is that the choke is still on the carb, rather than on the switchgear – that’s not convenient. To round out the styling, the Super Splendor gets a carbon black finish with comprehensive chrome heat shields that span the length of the muffler and a good part of the header pipe as well.

A prod on the thumb starter will wake up the all-new 124.7cc engine. The motor got so much attention at the launch that it is obvious that Hero Honda is betting big on it. To maintain continuity with the Splendor, the engine retains the horizontal format. It even retains the Splendor’s engine note, as it settles into a steady idle.

The four-speed gearbox – come on Hero Honda, a fifth was due – retains the all-up shift pattern. However, like the CD-Dawn, the toe shifter is now a flat pedal, and those who toe-shift all the time will have bruised toes, unless they’re wearing heavy duty boots.   Visually, the engine does look bigger, and the electric starter’s bulk fills up the unsightly space between the ‘Locker’ boxes and the engine cases. For scoffers, the lockers may not look like they belong on a motorcycle, but they are quite useful for tools, papers and stuff.

Notice that the Super Splendor offers an electric starter and a disc brake. This is more significant than Bajaj or anyone else offering those premium bits on a commuter. It means a majority of 125cc buyers are ready to consider them as part of the buying package, and a significant chunk will stump up the extra cash for them.

More importantly, Hero Honda is extremely serious about this bike and makes no bones about one thing – fuel efficiency is priority number one. Fact one: the Super Splendor will return five kpl more than the Splendor, which is a huge claim. Amazing ambition one: Hero Honda intends to outsell the Splendor with the Super Splendor. Think they’re being ambitious? Here’s the logic. As the market shifts up to 125cc bikes – and it will, since the 125s offer both more power and more fuel economy – Splendor sales will fall, and Super Splendor sales will rise, until they eclipse the former’s numbers. This isn’t just possible, it’s probable!

In the same vein, Hero Honda is also clear that this isn’t a technological marvel that most engineers would like to take home to their mothers. They’re happy that Honda R&D took each teensy-weensy bit on the engine and perfected it to the tee. So much so that the only thing one senior Hero Honda R&D member was willing to say was, ‘Yes, it has everything.’

To put it in a little more detail, the engine now displaces 124.7cc, but retains the undersquare engine format, the two valves and the single overhead camshaft. The head is physically larger in matt sand-blasted metal finish, while the crank cases are the usual silver ones. The chassis is more or less a derivative of the Splendor’s double cradle, but gets a fine box-section swingarm, chrome twin ‘shaak ubser’ and neat 2.75/3.00x18 TVS rubber.

On the move, you will notice the neat, unobtrusive shift quality and just a little more power than the Splendor (the 92cc version makes just 0.8 bhp less). There are no vibes to speak of, except a bit of tingling when you’re approaching the red-end of the tacho... oh, sorry, it doesn’t have one... er... just before you shift into the next gear. I did notice that Hero Honda has lengthened the spread of the first, second and third gears, a smart move given that this is where the bulk of slow traffic crawling is likely to happen.

As the miles accumulated on the odometer, the Super Splendor felt like a commuter. Like a Splendor, even. It still has all the familiarity of the Splendor, which, given Hero Honda’s stand on the bike, and its plans, is a good thing. And while refinement is top notch, we didn’t like the switch gear, which felt flimsy – somehow, I thought the Splendor’s switches were better.   Into the corners, you quickly realise that the Super Splendor is a cat in the water once the chassis’ alignment leaves the vertical. While it is infinitely better than the bendy-flexy pressed steel spine on the CD100SS, the slickly made hero blobs are the equivalent of the human appendix. 99.9995 per cent of Super Splendor buyers will never grind them into anything. To be fair, the Super Splendor isn’t aimed at the apex anyway. It is meant to ferry you to work with minimum fuss and fuel consumption, and it handles vaguely, but adequately. Hero Honda also stressed that the ride quality was by far the best in the country. We don’t agree. However, it is pretty good – as was the Splendor’s.

We test rode the electric start, disc brake full-options variant and instantly thought the disc could have been better. Again, when Pablo rode the Passion+ (which gets the same disc unit) he thought it worked quite well, so we’ll just put down the extra dash of teak in the disc brake’s feel to an un-bedded in, fresh off the assembly line unit – and it probably needed a bleed as well.

But while we can crib long and hard about the Splendor-resemblance, safe design, conservative engine performance (3.3 bhp less than the Discover, 2 bhp less than the Fazer) and the vague handling, the fact is that if you are thinking on these lines, you won’t buy one no matter what we say.

One quick office poll showed that Splendor owners in the office reported regular use fuel consumptions ranging from 68 kpl to 82 kpl. Going by Hero Honda’s claim, that means the Super Splendor will probably return between 73 and 88 kpl – which is phenomenal. This alone will sell more Super Splendors than 250cc GP racer handling or Rossi’s M1 engine performance. Sad, but those are the facts. We could go so far as to say that the bike reeks more of commuterism than the commuter himself, that it feels almost as if you are banned from having any sort of fun with it. But that would be missing the point. The Super Splendor aims (and looks like it achieves it) for a one point agenda – fuel economy. Nothing more, nothing less.

The Super Splendor will come in four variants, from the base version – kick start and drum brake – to the full options bike, the one in the pics. The base version will set you back Rs 42,231 ex-showroom in Pune. For the money, you get maximum fuel economy, I mean, a Super Splendor, with a three year warranty. You can get one in ten colours with two choices in the stripes on the tank. Go indulge.

As for us, we’re not taken by the bike. But there’s not the slightest doubt that the Super Splendor will set sales charts on fire, break all sorts of records and do everything Hero Honda expects it to. So, is it time for a Super Passion, then?