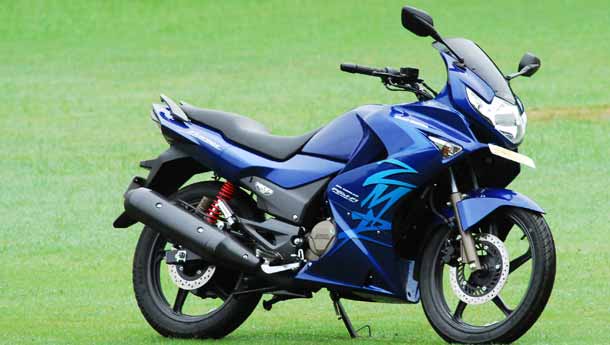 Post-restructuring in the Hero Group, Suman Kant Munjal, the second son of Hero Honda Chairman Brij Mohan Lall Munjal, will own 26 per cent stake in Hero Honda Motors, the country’s largest two-wheeler company. The 26 per cent stake was earlier scattered among Munjal siblings, while the remaining 26 per cent continues to be with Honda Motor Company of Japan. While public holding as of March 31 is 45.06 per cent, promoters and promoters group hold the rest.

According to a filing to the Bombay Stock Exchange (BSE), Suman Kant Munjal will acquire the 26 per cent stake in Hero Honda Motors from two investment companies — 17.33 per cent from Hero Investments Private Ltd (HIPL) and 8.67 per cent from Bahadur Chand Investments Pvt Ltd (BCIPL) — through inter se transfer (among promoters). The stakes have been offloaded by Suman Kant Munjal’s cousin, Vijay Kumar Munjal, and uncle Satyanand Munjal.

Sunil Kant Munjal, the family spokesperson, declined to comment on the restructuring of Hero Honda Motors.

As part of the family agreement, Vijay and Satyanand have transferred their 18,000 and 4,800 shares in HIPL, comprising 75 per cent and 20 per cent holding, respectively, to Suman.

All three persons are partners of Brij Mohan Lall Om Prakash (BMOP) company and after the transfers, Suman will hold 95 per cent stake in HIPL on behalf of BMOP. Similarly, Vijay and Satyanand have transferred 10,400 and 2,400 shares, comprising 80 per cent and 18.46 per cent holding, respectively, of BMOP in BCIPL to Suman. On behalf of BMOP, the acquirer will eventually hold 98.46 per cent in BCIPL.

On the other hand, Brijmohan’s three brothers and their kin get to control and manage other group firms such as Hero Cycles and Munjal Showa. While Om Prakash Munjal and his family will now control and manage Hero Cycles, Brijmohan’s other brother Satyanand Munjal’s sons have got Majestic Auto, Highway Cycle, Munjal Auto and Munjal Showa. Ashok Munjal, son of late Dayanand Munjal, the eldest of the first generation, gets Sunbeam Auto while his brother Vijay gets Hero Exports.