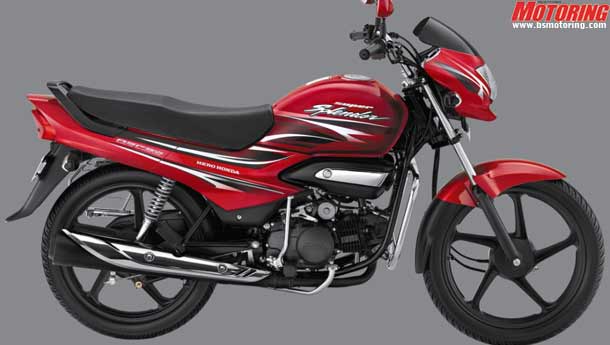 With arch rival Bajaj Auto gaining ground in the entry level of bike segment, the country's largest two-wheeler maker Hero Honda has admitted its leadership position will come under pressure.

The company, which is currently a subject of speculation over a possible exit of Japanese partner Honda from the joint venture with Munjals, has been witnessing a decline in market share in motorcycles of 75cc and above but less than 125cc category.

"Increasing competition across all key segments, including the bread and butter deluxe segment, will put some pressure on market share," the company said in its annual report for 2009-10.

The company has lost ground to arch rival Bajaj Auto, which had re-entered the volume-driven 100cc segment in July last year with its latest offering 'Discover' for a price tag of Rs 40,000 (ex-showroom, Delhi).

Since the launch of the 100cc Discover, Hero Honda's sales in the segment were affected.

Besides Bajaj Auto, Hero Honda's market share is also being affected by the entry of Honda Motorcycle & Scooter India (HMSI) with 'CB Twister'. The wholly-owned subsidiary of Honda sold 82,378 units so far this fiscal, compared to just 30 units in the year-ago period.

Apart from the market share, Hero Honda also pointed out that capacity constraint is a major concern for the company.

"In a growth market, capacity constraints are always a concern and the company will continue to explore various opportunities of capacity enhancement," the report said.

Hero Honda has three production facilities at Dharuhera and Gurgaon in Haryana and at Haridwar in Uttarakhand with a total installed capacity of 50 lakh units annually.

The company is scouting for location to set up its fourth facility. It conducted a feasibility study in more than 10 states in the last over six months, but still nothing has been finalised yet.

Various reports have stated that Honda is planning to exit Hero Honda by selling its 26 per cent stake. Munjals also hold 26 per cent in the publicly-listed firm.

Reacting to the reports, Honda Motor spokesperson Keitaro Yamamoto said: "Honda and its Indian partners regularly hold discussions about the future of the joint venture. However, at this time, nothing has been decided and there is no further comment to make."