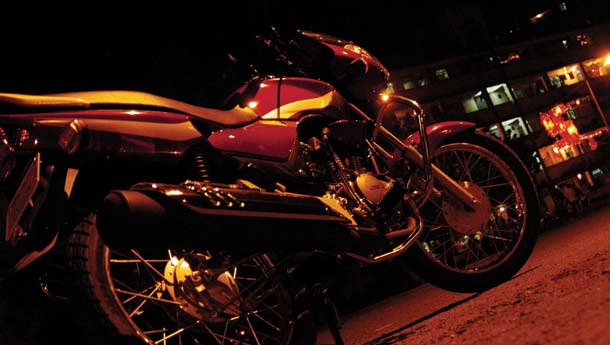 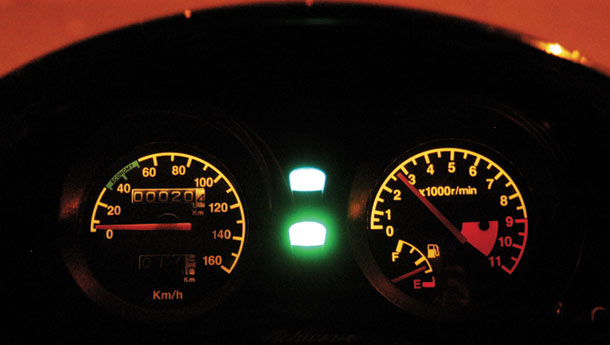 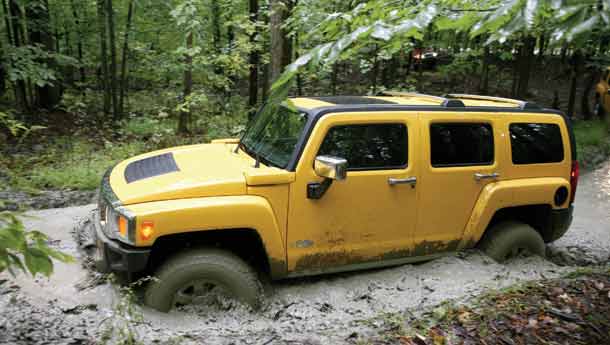 It’s hot out. The punishing mid-day sun is sapping all energy, and the streets are deserted. In the cool confines of the office, the smooth hum of the computer is interrupted by a ‘ding.’ It  can only mean one thing: somebody just pioneered a whole new kind of stickering scheme and slapped it on a doddering, ageing motorcycle. And sent me the details by email.

I cast a jaded eye on the inbox, and sure enough, there’s a message from Hero Honda blinking steadily. It reads along the lines of all-new, super-duper, utterly smashing new bike. Ho hum. One more thing on the to-do list.  The machine makes me wait to see the picture. After an infinite cringe, I see the Hero Honda Ambition wearing the Honda Unicorn motor. Or maybe it is the other way round. The name’s Achiever, Hero Honda Achiever. I had almost forgotten their penchant for outlandish monikers. Finally, I accept the situation – it does not look good – and I make the call.

The test bike arrives clad in the standard maroon-red that seems to be the colour of choice for our nearly colour-blind masses. And it’s got a drum brake on the front wheel. There’s an anachronism. Money-minded decision makers on both sides of the showrooms are playing a deadly game. They sell/buy faster motorcycles, but they skimp on the very things that could save them from uniting spectacularly with pointed ends of the scenery. This isn’t on. The apprehension of riding the Ambi... Achiever is just growing. Why didn’t they send a bike with a disc? For that matter, why sell something this fast with a drum brake at all?

But a man’s gotta do what a man’s gotta do. I take a deep breath and climb aboard. The evening’s slowly wrapping itself around the world, and the heat of day is still at a steady simmer. Beads of sweat begin to appear until I notice the thumb starter button. Thank God. The Unicorn-based motor needs only a gentle prod of the kick lever, but digital ignition is always more friendly. The 150cc motor, prodded gently awake by my ministrations, settles into a steady, unusually quiet hum. The note is a bit more metallic than the Honda’s. Have they been working on it?

By the time I roll out of the parking lot, the question answers itself. The Unicorn sported a pretty impressive powertrain. It had the guts of a streetfighter, the smoothness of the ladies man at the bar counter and only drank socially – 50 kpl or so. The Achiever tops that. It is five kilos lighter than the bike with the wing logo and it shows. I give myself five minutes to get used the new ride. And I get blown away.

The Ach (short names work better in our business) has an engine that is creamier than my mum’s best Black Forest pastry. If I weren’t a cynic, I’d say the piston was carved from butter, and the cylinder was lined generously with whipped cream. I could say the motor’s refined, but that would be like saying Humphrey Bogart’s an actor. The engine and gearbox work together like a well-oiled machine. Which, I’m now confident, it is.

And it isn’t just slicked-back hair and upmarket trilby with nothing inside either. The Ach is fast. Three runs to 60 kph all show that the Ach is quicker than the current king of the block, the Bajaj Pulsar 150 DTSi. They say the downside of being on top is that the position’s temporary. The Ach is about 0.3 seconds quicker to 60 kph. And the engine takes about as much stress as the Dalai Lama while on holiday in the Caribbean.
When the road straightens, I open her up. With a muted boom, the Ach starts to pull in streetlights faster and faster. The grime of the city blurs out to an ambiguous grey and the sharp speedometer needle finally rests at 115 kph. ‘Optimist!’ I smile at it. The Ach is good for a genuine 108 kph, a bit under the Pulsar, but close enough to have the hair standing. Is the Pulsar-killer finally out?   Unleashed from the confines of testing, I choose not to head home yet, and stay out in the night with the Ach. It proves to be a good decision. As I thrum through the humid darkness, the city rolls gently over and begins to fall asleep. Crowded intersections turn into still hazardous places, but with two possible corners no matter how you enter them. Packed marketplaces empty out into challenging roads.  Will the Ach also deliver knock out upper cuts in the chassis department?

A hard right has the answer. Not quite. The 3.00x18 tyre that Hero Honda has put isn’t in the same grip league as the 100/90-17 the Pulsar wears. The Ach turns quicker than a startled cat, but it feels a little top heavy and I have to make gentle inputs for best results. Nothing a 100/90-18 wouldn’t fix. Through the market, the Ach shows me the ride quality the Unicorn should have had. It matches the P150 move for move, but with its own flavour. Where the Pulsar feels supple and athletic, the Ach moves with a studied grace, and more damping.

I make no secret of my distaste for the drum brakes by going a bit faster through all my favourite urban twists. The film of weariness cast by the furious spate of stickering seems to be peeling off. I decide to park the bike and look at it with a fresh perspective. It still looks like an Ambition wearing a Unicorn engine. Or maybe it’s the other way round. I sit by the sea, hearing the waves pound the shore and the sound hisses right into my head. I realise it’s shaking. The head, that is. So close and yet so far: Hero Honda’s Ach can potentially topple the Pulsar from the top slot.  And if that happens, we’re going to replace a sleek looking 150 with something that looks like Dame Judi Dench wearing a faded, plastic tent.

But strangely, I’m not put off. I’d probably just pick a bright yellow one. It’d be so bright, people won’t notice how old and anonymous it looks. I fumble for an excuse to put the mutt down. I can’t. They even have the price end covered. The company is selling the Achiever for Rs 58,342 on-road in Mumbai. And that’s the lowest version with disc brakes. The drums on the Ach are of the same utility as a credit card when you run out of fuel in the middle of the Sahara. The price is good. The full spec Ach is Rs 700-odd cheaper than the same spec Pulsar, though it does not get alloy rims.

After a really long year spent curled into a churlish ball and reviewing the same kit in new skirts, I feel something awakening. I like the Ach. And too bad about the re-used bodywork. Because otherwise, the Ach would have been perfect. Because almost everything else on the Ach not only hits the spot, it pummels the spot until you’re practically begging for a long termer. I think it’s time to make that call...