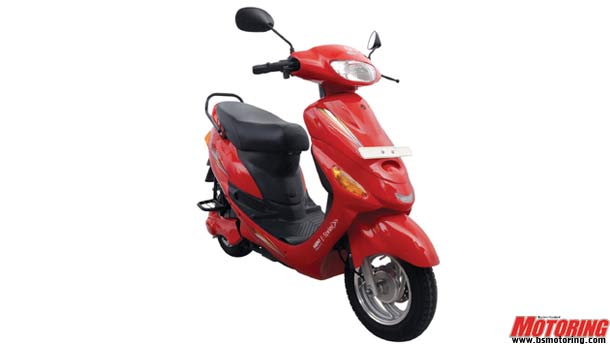 The Hero Eco Group, largely known for manufacturing electric scooters under the Hero Electric brand, has firmed plans to treble yearly business to Rs 1,500 crore over the next five years.

Naveen MunjalTo scale up operations, the Vijay Munjal-promoted company has readied an investment of Rs 450 crore to set up an electric vehicle manufacturing unit in North America and a bicycle manufacturing facility in India over the next 18 months. The Group further aims to expand its presence in the hospital equipment segment under brand Mediva, and foray into the energy sector in the near future.

The company, which has acquired UK-based electric vehicle manufacturer Ultra Motors for an undisclosed amount, expects two-third of its business to come in from international operations by the end of 2016. While Rs 450 crore is expected to filter in from export of cycles from India, the remaining Rs 500 crore is projected to come in from sales of electric vehicles in overseas markets.

“With the acquisition of Ultra Motors, we have gained access to electric vehicles from their A2B and F4W brands,” notes Hero Eco managing director Naveen Munjal. “Today, we have the widest portfolio of electric vehicles globally. While these vehicles are not being considered for introduction in India immediately, we would scale up operations in the 22 countries where Ultra Motors has distribution networks in place.”

Ultra Motors has three manufacturing plants and sales networks in 22 nations across the globe. The main manufacturing unit is located in Taiwan, while two contract assembly plants are located in China. The company has operations in the UK, USA, Germany, Taiwan and China.

Sohinder Gill, chief executive officer, Hero Electric, says the company recorded a sales growth of over 70 per cent this fiscal. “At present, all electric vehicles produced in Ludhiana are sold in the domestic market,” he notes. “The products from Ultra Motors portfolio would be marketed abroad. Besides, one of our scooters is being modified for export to Europe over the next two to three months.”

Hero Eco additionally produces 900,000 units of bicycles per annum in Ludhiana. A third of the 3,000-odd bicycles the company manufactures on a daily basis are exported for sale in countries in Europe and Africa. Group company Hero Exports registers business valued at around Rs 250-300 crore from export of auto components and bicycles at present. The Group is scouting for a site close to a port to enable it to ramp up export of bicycles from India over the next five years.