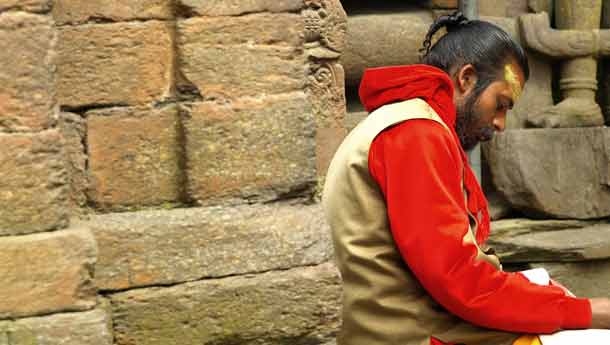 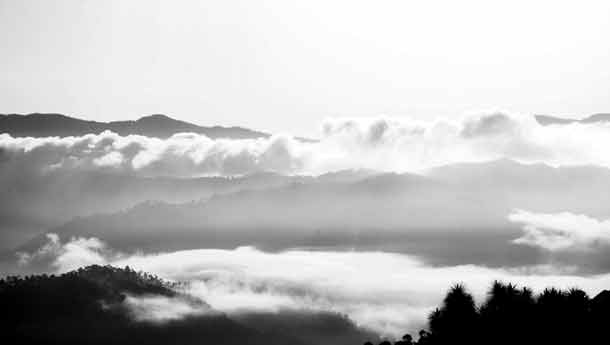 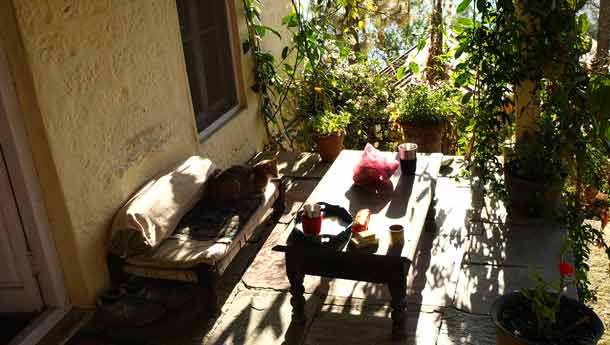 Fallen off a motorcycle (on more than one occasion) at well over 100 kph and skinned my knees and elbows – hurt like hell. Had college assignments hurled in the dustbin by professors – hurt like hell. Been publicly yelled at by previous boss – hurt like hell. Watched with millions of others as India was massacred in the 2003 World Cup final – hurt like hell. Seen an in-the-bag scholarship slip away at the Nth hour – hurt like hell. Like everyone, been hurt in very many ways over the years – life would probably be incomplete without pain, if you pause and think a bit. Without it, you wouldn't know what happiness felt like. Yes, I'm sure this sounds like a load of pop-philosophy bull manure, but the fact is I've dealt with hurt and pain and generally come away the better for it. Not so with break-ups – worst form of hurt ever invented, if you ask me. One day you're feeling stupidly ecstatic – all is right with the world, an emptiness in your life has been filled up, even Britney Spears is tolerable. There's a spring in your step and some silly tune playing in your head all the time. You feel like oxygen's being injected directly into your brain. Then it hits - the old 'I'm not ready for anything serious, it's-not-you-it's-me, let's just be friends' line. Can there be anything that sounds worse, in any language? Sledgehammer to the gut is what it is. Emotional effing atyachaar is what it is.  Feel like screaming at her, but of course you can't because you love her too much. Feel like punching a hole through a windowpane, but too chicken to do it. There's destructive energy sizzling through every sinew of your being – unless it's channelised in some way, you'll do yourself some damage. 'I need a road trip' is what I told myself – anywhere will do. Coincidences occurred, chance phone calls happened, stars aligned and I was off to Almora, in the Kumaon region of Uttarakhand.

Went there once, about five years ago, but did an about turn fairly quickly upon seeing the town – didn't seem to have anything of great interest in it. Was another typical hill town, with its complement of smoky jeeps, a bustling market area and shaggy dogs. I was driving around with no specific destination in mind, but even then Almora didn't seem worth stopping for. As I drove off, though, got a late whiff of 'something' about the place, not quite sure what; I vaguely told myself I'd be back some day to dig deeper. Well, here I was, slightly wound up and nursing a broken heart, not exactly seeing the world through rose-tinted glasses. Drive from Delhi had been tortuous in places, because of huge jams caused by *^#$%^! imbeciles trying to cut cues and drive down the wrong side of the road. Didn't help my mood – accused more people of taking liberties with blood relatives than I have in a long time. Would I really be able to enjoy Almora, in this frame of mind? I didn't know – didn't know anything at that point, to be honest, apart from the fact that it'd probably take a lot to get me out of my damn rut. Still, a steaming hot dinner (was staying with an old schoolteacher of mine and her son), followed by a warm bed wasn't anything to complain about.

6 AM. Not the sort of hour I'm usually to be found awake. Can't help it, though; the morning light's come streaming onto my face, and as I feel its warmth, stretch mightily under multiple razais and turn over towards the window, I'm greeted with a heart-stopping sight – a panorama of snow-capped Himalayan peaks. Beats having your heart stopped by a girl, hands down. I get up to absorb the vista fully; it's beautiful beyond words. The sun's starting to peek over the hills, its rays clearing the morning mist away. Forests of pine (which , despite their prettiness, are actually considered weeds here) are glinting spectacularly and sending their unique aroma drifting my way. Birds of all kinds are flitting about and clearing their throats. It's enough to make a man leap out of bed and rush outside, which I do. The resident cat sights me and immediately begins making loud overtures; always hungry, it equates anybody exiting the house with its bowl being filled. Standing on the porch of the old, stone bungalow, I'm totally dazzled. The flower beds in the garden, aflame with the most impossible colours, the wisteria growing on the house's walls, the second cottage at the top of the garden glowing in the light – boy, it's a tonic for the soul if there ever was one. We all sit ourselves down on a stone bench and partake of some excellent tea; I can start to feel some cheer returning.   'It's such a lovely day, let's get out and wander a bit.' An excellent suggestion. We pack a picnic lunch of parathas, methi aloo and pickle and walk down to the local provision store, where my XC90 is parked; it's too big to make it up to where the house is perched. Find that I'm suddenly a celebrity of sorts because everyone thinks it's my car; no amount of trying to explain the nature of my job quite convinces them. Still, an ego boost, even if it's entirely undeserved, doesn't hurt at this time; I settle into the Volvo and drive off with a smile. We're headed to Binsar, a place well known for its views of the mountains – frankly, I'd be happy to randomly wander around, it's that kind of day. Lumber along, passing little villages, cheerful hill folk, car-chasing dogs, bell-lined temples and other sights calculated to uplift the spirits. Binsar's a reserve forest, requiring a permit and fees to enter. 'What vehicle have you come in?' asks the man at the counter, the XC90 out of his line of sight. 'A Volvo' I reply, knowing what's coming next. 'You've driven here in a bus?!'

We drive slowly up the narrow road inside the forest; it's cooler now that we're higher up. No pines here, just magnificent deodhars, oaks, rhododendrons with their magnificent red flowers and other indigenous plants. Apparently panthers live here – I hope we spot one. Give a French-Canadian chap a lift, who immediately identifies the Johnny Winter CD playing in the stereo; he's been to a live Winter concert and is floored someone's listening to a CD in the back of beyond. Last couple of kilometers to the viewing platform to be covered on foot – it's a lovely walk. Reach the top, lungs filled with air de montagne frais, and settle down on the slopes near the viewpoint. Difficult to think of a better lunch – the mountains in front and parathas in the belly. Life's beginning to feel a whole lot better, no doubt about it. We head back, stopping for tea at a delightful shack, and sit down to an early dinner of mouth-watering rajma and buttered rotis, followed by cake and cream - it's the sort of food that'll cure terminal illnesses. A post-dinner yakking session by the fire injects yet more cheer into my veins, and I sleep a deep, dreamless sleep.

The next day dawns in a refreshingly similar way. Decide to bathe in the garden, soaking in the sun (in my swim shorts, mind – public nudity probably hasn't come to Almora yet), which sets up a thundering appetite, which is in turn sated by scrambled eggs with parsley, fresh, home-made bread, marmalade and cream and several rounds of cocoa. Haven't eaten like this since, well, the break-up; it's a good sign, I tell myself. Today we're pointing the Volvo towards Jageshwar, a complex of ancient temples and an important pilgrimage spot – was once considered to be one of the 12 'Jyotirlingas'. The drive there is spectacular; we pass through mysterious, emerald-green cedar forests and down into a valley where the temples lie. It's surely one of the most alluring temple locations I've ever seen, and the temples themselves are no less eye-catching. There's 125 of them (although some have definitely crumbled), all arranged around the biggest shrine, Dindeshwar. We take a long look around and I leave feeling a mysterious sense of well-being, which is conspicuously heightened by a delicious lunch at a nearby roadside shack. It's almost incredible, really – I got to this part of the world feeling enervated, washed out, and in the space of a day, I seem to have got my mojo back. There's no doubt it's the place that's done the trick – the air, the mountains, the spectacular scenery, the food, the beguiling light – it's all rolled itself into a magic pill and wiped much of my mind clean. Life most definitely goes on. I'm back.