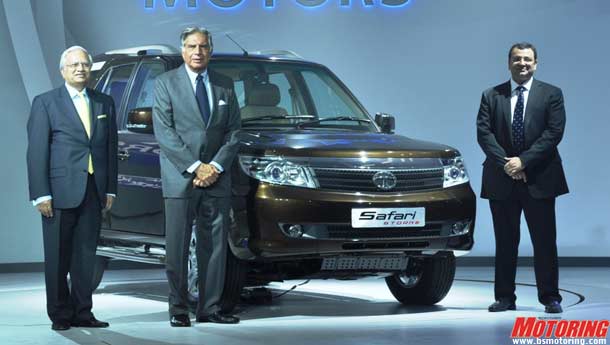 I have known Ratan at least since 1986 when we were appointed as Chairman of Air India and Indian Airlines respectively. Of course, in 1949 we were together briefly in Cathedral School, Mumbai but were not in touch for some time thereafter as both of us continued our studies separately. It will be one of my unfulfilled desires that he did not adorn the Bajaj Auto board. At one time when Ashok and then Aditya Birla was on our board I had an urge to invite Ratan. But it was not to be. Ratan must be a good player of bridge. He has played very ambitiously with the hand he was dealt, with great finesse and aplomb. It makes every one of us proud of his and his companies’ achievements. That TCS today has the highest market cap is a tribute to the vision of the Tatas.

Ratan has built very adroitly on the grand foundations built by hispredecessors, especially JRD. He has not only nurtured the Tata DNA but reshaped it for the new age. The very fact that he is retiring at 75 speaks volumes of his commitment to managing the Tata companies through values.

Under him the Tatas have been both entrepreneurial and demonstrated their ability to make large companies ‘dance’. They have met with the opportunities and challenges of globalisation head on and come out trumps. The transformation of Tata Motors including its acquisition of JLR alone is enough to give him a place in the business history books.
In today’s world, direction matters more than detailed maps. Ratan has unambiguously set the direction of the Tatas in the pro-change, global direction. This will be his greatest legacy to the Tatas and to Indian business in general.

It is given to very few of us to live up to our names. Whoever named him was prescient. He proved to be the crown jewel of the Tatas and a ‘navratna’ for the country.

As a person Ratan is genial, under stated, polished. A gentleman. There does not seem to be an awkward bone in him. There is something of an artist in Ratan. His training as an architect of course adds to this sense.

Ratan is very energetic. I am sure he will pursue his passions. He is still young at 75. To your health Ratan.