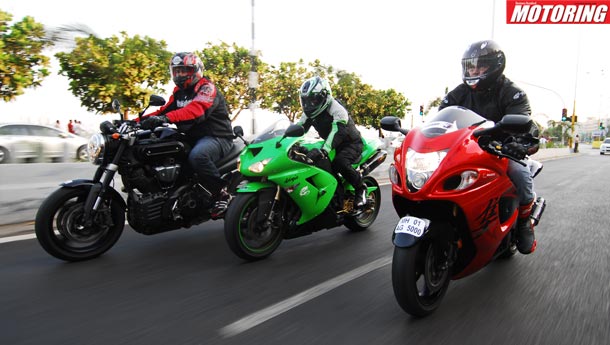 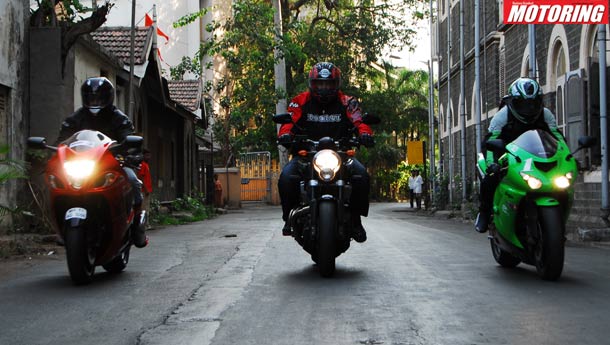 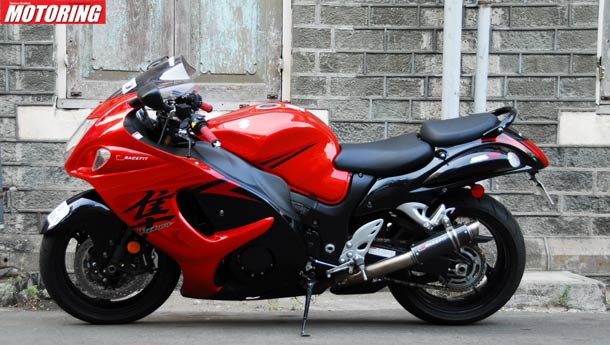 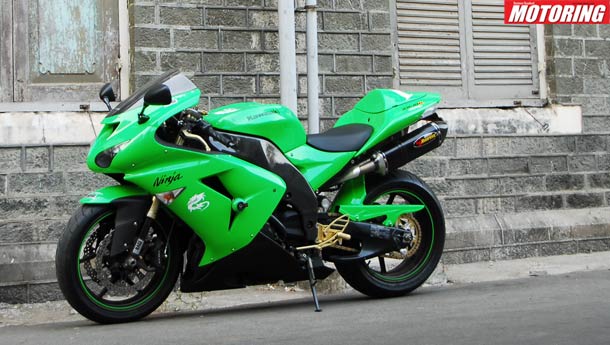 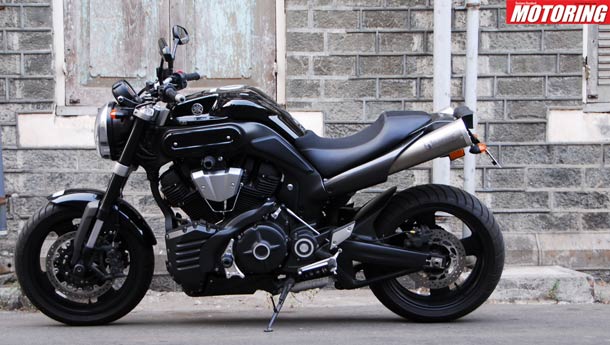 What could possibly yank a slumbering doctor, a techie and a venture capitalist out of their beds and get them all kitted out to hit the road, at a time when even the rooster’s dreaming about hens with nice, meaty legs? What else, but the prospect of riding some great motorcycles on roads almost devoid of city traffic.

It was to be a breakfast run. A brisk ride through south Mumbai, some show and tell and plenty of banter seemed imminent. All of that after some good old scrambled egg and bread, suitably followed with buttered bread dunked in milky tea. The salt from the butter and the sweet from the bunand tea played hide-and-seek with the tastebuds, sending mixed signals to the brain – that too, served in a restaurant that refused to keep up with the times. Wooden chairs and ornate marble topped tables seem out of place in the flashy environs of urban India that extend just beyond the old teakwood doors. The waiters move around nearly at the same pace as the slowly whirling fans above and some old people stare from garlanded portraits on the walls. They seem to be recommending the freshly baked plum bread, baked in wood-fuelled ovens, no less. But that could wait for another morning.

We had some riding around to do and with that in mind, we step out with Cyres Mehta, Rahul Prasad and Ariz Kohli. And the sight we are greeted with is astounding. The Busa looks stunning in the early morning sun, the copper shimmering like desert sand. Though some might not like it, the lines of the Busa are instantly recognisable. It’s nearly impossible to mistake the Suzuki for anything else. And then, it comes alive. Hearing the 1300cc engine belch out its gases through the ‘Racefit’ exhausts is like plonking your head into the nozzle of a jet engine on afterburn. A simple blip of the throttle makes you wonder whether the heavens have cracked open and I can only imagine what the bike must sound like when the accelerator is wrung till the stop. Apart from looking great and sounding just as good, the Racefits shed a large amount of weight too. Whether it’s around your waist or on your motorcycle, less weight is always welcome.

The Suzuki Hayabusa was designed as a sports tourer, and a tourer must be capable of covering large distances with relative ease. I’m sure that the bike can easily live up to that, but crouching like an embryo in an egg for 500 km is exactly as comfortable as it sounds. Increasing the height of the handlebars by up to 6 inches, using LSL risers, is one way to go to improve comfort. Another great add-on were the Pazzo levers, with adjustable span to accommodate riders of various dimensions. A neat job of cleaning up the rear of the bike with a PERF tail-tidy unit makes the bike look sleeker.

While the Hayabusa was built to cut through the air like a scalpel, the MT-01’s true calling is to bludgeon its way along like a pneumatic jack hammer going about pulverising a papier mache piñata.

And Ariz has added a few odds and ends to make sure that the Yamaha goes about doing just that, a tad better. Starting with nifty (and very loud) aftermarket Akrapovic exhausts, the yummy Yam gets a carbon fibre tail kit and a solo saddle conversion. Just like the other two machines, the MT-01 is shod with steel braided brake lines. These lines are better than the normal rubber things because of their lower expansion rates and the fact that they are more resistant to fading due to heat, increasing braking efficiency. Better stopping power isn’t really something you can take lightly when piloting one of these machines that displace a litre and more.The Akrapovic cans highlight that ‘phat-phat’ grunt of the big V-twin engine and in addition to a slight performance boost and lower weight, they do wonders for the aesthetics of the MT, or rather the lack of it. This machine is no svelte ballerina. A hulking bare-chested construction worker is more like it and the megaphone-shaped Akrapovics make sure that the image is driven in.

And then, there is Rahul’s Green Goblin – the Kawasaki ZX-10R. Apart from the lovely Kwacker green, the first thing you notice are the under-tail Akrapovic exhausts. Carbon fibre is used so extensively here that you wonder whether the stuff grew off trees. A pair of Vortex rear-set footpegs with controls to match keep you bent low, while the Ohlins steering damper tries to keep the tank slappers at bay. Look deeper and you notice the Vortex sprocket. The frame has a carbon fibre protective cover and the Vortex levers add a little fizz to the already heady looking motorcycle. Frame sliders help keep the bills to a minimum in the unfortunate event of a crash and yes, it pays to be pessimistic at such times! Scruffed panels or, worse still, cracked ones, are quite expensive to repair and anything that can minimise damage is always welcome on a bike that doesn’t come as cheap as peanuts. The ZX has some hidden tweaks that won’t make themselves apparent till you actually ride the machine. Well, I’m referring to the Power Commander PC III and the K&N air filter. Although these two mods are virtually bolt on, the power gains are considerable.

After giving the three bikes the once-over, we zipped up our jackets, slipped on our gloves and clipped on the straps of the helmets. It was time to ride. Riding with the three beasts was a dramatic experience. The sound of the wind whizzing past my helmet could do nothing to drown out the turbine-like whine of the Suzuki and the Ninja, while the peculiar thumping of the Yamaha big twin ricocheted off the buildings.

The city hadn’t woken up as yet, and the milkmen were still going about selling their watered-down milk to the masses. Mumbai is a very quirky place indeed. Where else, may I ask, do people pay for stuff coming out of unmarked steel tins for human consumption while they will think twice before experimenting with a different branded oil for their car? The morning walkers were there at full strength, and were pacing up and down the length of Marine drive, in the pursuit of fitness. Each brisk walking session is suitably followed by some sandwiches and parathas oozing butter. In retrospect, it seems like that goal will remain ever elusive, for mysteriously, every time they exercise, they seem to pile on more kilos.

We prowl the streets, at triple digit speeds and then at a crawl, behind some lumbering truck trying to negotiate a flyover like a pachyderm attempting to climb a palm tree. Find a gap, wring your wrist, and suddenly, you’re well past the truck and nearly at the other end of the flyover. Yes, if you’re a flipping fool and not careful about your throttle inputs, you will very definitely learn a painful lesson.

And then, in the distance, we could see the first string of office-goers in their tin boxes, honking their heads off at a red light. Ah well, it’s already been three whole hours since we have been riding around on these three motorcycles. And the trio need to head back to their respective lives. Patients are waiting, jobs are to be done and deals need to be worked upon. It’s almost like reality has hit all of a sudden. The thoroughly enjoyable morning has just come to an end but the sound and experiences will last a lifetime.