Harley-Davidson to roll out financial services to offer loans 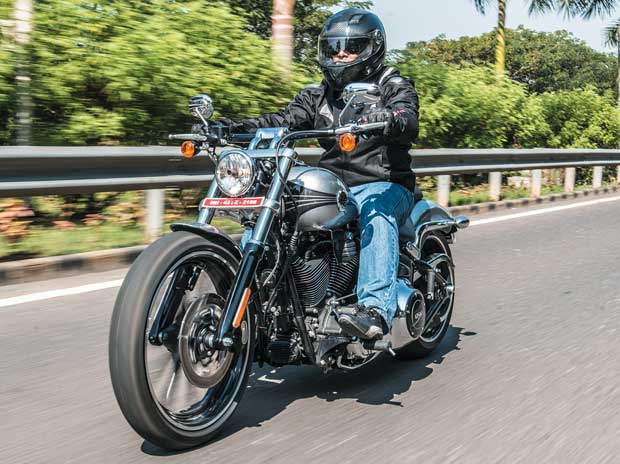 American iconic bike maker Harley-Davidson today said it will roll out its financial services in India within next two months to offer easy loans to its customers.

The company's wholly-owned Indian subsidiary is in final stages of negotiations with bankers to launch the services in coming days.

"By this calendar year, we will be launching our financial services. It will be known as Harley Davidson Financial Services," Harley-Davidson India Managing Director Vikram Pawah told PTI.

The company is working with its "business partners" at the moment to offer the financial solutions in India, he added.

"Of our total sales, 50-60 per cent of bikes go out through finances. So, it is a huge number. We want to offer customised loans to people so that they can buy our products at their convenience," Pawah said.

At present, Harley-Davidson customers can avail loans from different banks and the company has association with HDFC and Yes Bank.

Talking about sales, Pawah said: "The market was little slow in the last couple of months due to overall macroeconomic issues. However, after GST comes into effect, it will improve again.

When asked about the company's sales performance, he said Harley-Davidson is expecting a "positive year" in 2016.

"Although in the last few months, sales were marginally down, we will close the year on a positive note. We hope to achieve high single-digit growth in India," he added.

Pawah said leisure biking in India is at nascent stage and the company will continue to invest in the country to build the market.

Harley-Davidson India today inaugurated its 23rd dealership in Guwahati, the first in north east, with an aim to have good growth in the region.

"The future is in Tier-II towns and the next phase of growth will happen in such smaller places. We will be rapidly expanding in other Tier-II cities as well in coming months," Pawah said.

Stating that north east will substantially contribute to its growth, he informed that the region already has around 100 owners of Harley-Davidson bikes, half of which are in and around Guwahati.

"The growth in north east will be at much higher pace than the national average. One reason for this is low base, but this place has a conducive atmosphere to have wonderful Harley riding experience," Pawah said.

Good road network, scenic natural beauty and "kind-hearted" people are some of the advantages of north east, he added.

Apart from big cities like Delhi, Mumbai, Bengaluru, Chennai and Kolkata, the company has now showrooms in smaller towns such as Lucknow, Nagpur, Surat, Indore, Coimbatore, Ludhiana and Calicut, among others.