Harley-Davidson Seventy-Two - Back to the routes 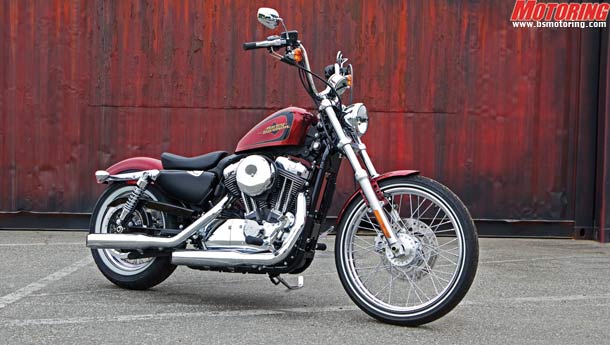 If there is one motorcycle shape that screams ‘Old School American chopper!’ it probably is this – the quintessential classic chopper configuration from the ‘70s, a time when chopper culture was still in its nascent stage. This particular bare-bones style was very characteristically American and was particularly connected with the chopper scene in California, more than any other. And so, it’s named after Route 72, a famous cruising street in Eastern Los Angeles. HD says the early low-rider inspired chopper look is on its way back and thus, the Seventy-Two came into being. Based on a Sportster platform, it’s a lithe motorcycle with tall mini ape-hanger bars, a peanut tank, a thin white-walled tyre up front and a rich metal flake candy paintjob that harks back to the days when metal flake was the coolest new thing to have. Thrust comes courtesy a 1200c Evolution motor that provides 10 kgm of evenly spread torque. Tasteful retro styling touches like the chopped fenders, pinstriping and the air filter cover reek of classic chopper design as well. All the style of the authentic classic chopper with the convenience of modern-day technology – we rather like! BSM SAYS: If you were wondering why the paint looks that spectacular, it’s because the metal flake is seven times thicker than the usual. It’s what rap stars would’ve described as ‘bling’