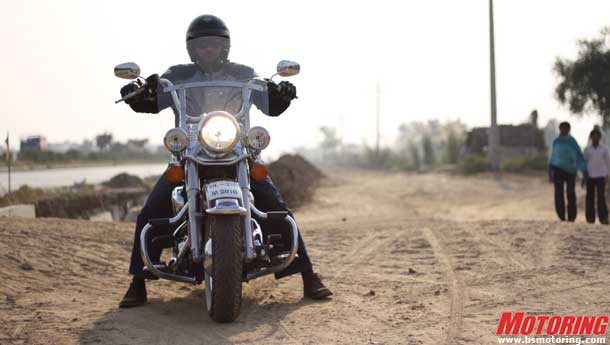 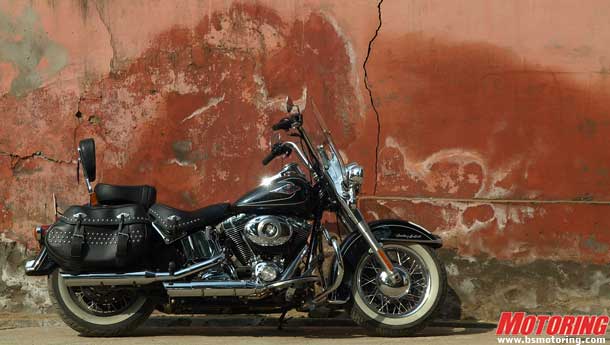 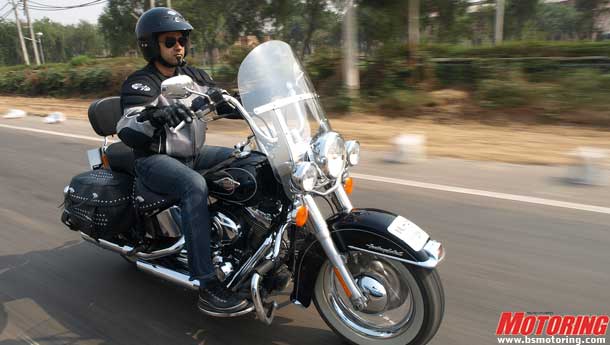 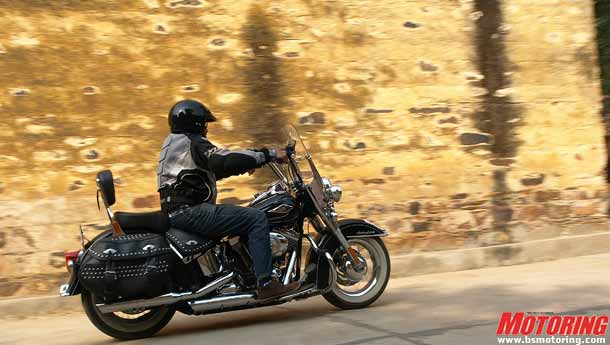 Hitting this bike’s sweet spot is something you truly have to do first-hand; any descriptions I give you will not do it full justice. Chugging along at just over 100 kph, in top gear, with crisp winter air caressing my face, I felt like the king of the road; if I had been asked to ride till the end of the world, I’d have agreed in an instant. It was one of those basic, fundamental moments that, in retrospect, non-Harley people like me would never have understood without actually getting on one. The more I rode this bike, the more sheepish I felt about my prejudices; with each effortless surge accompanying a twist of the wrist, I fell more in love with it. As the miles went by, with the bike causing potholes to repair themselves in sheer fright (the ride quality is exceptional), leaning into corners gracefully and feeling more substantial than anything I’ve ever ridden, I was well and truly hooked.

Sure, there were downsides. No bike, regardless of its charm, should weigh as much as an apartment building. The turn switches, instead of being on the left, are located on both handles (one on each), which is annoying; the horn button is too high up as well. The fuel gauge is located so far down on the tank that you have to almost bend over to see it. In slow-moving traffic, the heat from the engine will cook your inner thighs to a nicety — and this was in winter, so summer should see some serious barbeques. Although the bike will hit about 160-odd kph, holding it at that speed for anything more than a few seconds isn’t advisable, because your head will likely vibrate clean off your shoulders. The single disc up front isn’t adequate. People will laugh at you for spending so much on a bike (one gentleman said very rude things about his sister when told it cost Rs 20 lakh). But you know what? I didn’t care. This bike was so much more than the sum of its parts; in a world obsessed with sushi and low-cal, it was unapologetically a double-cheeseburger with bacon and extra fries, and it was the tastiest meal I had had in a long while. H-D owners, I apologise for my coloured views — I get it now, and I want one.