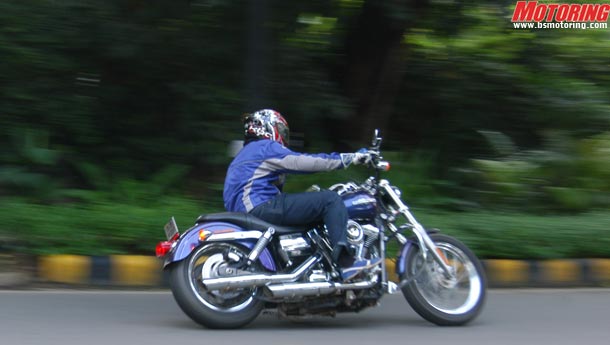 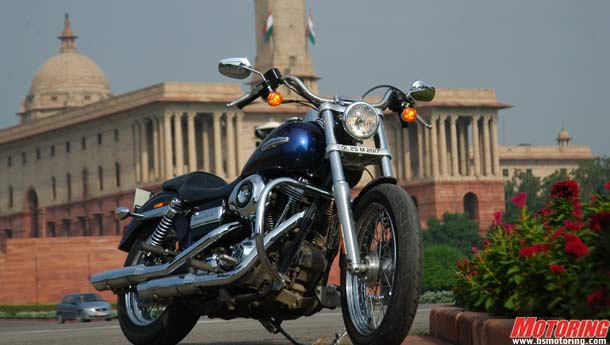 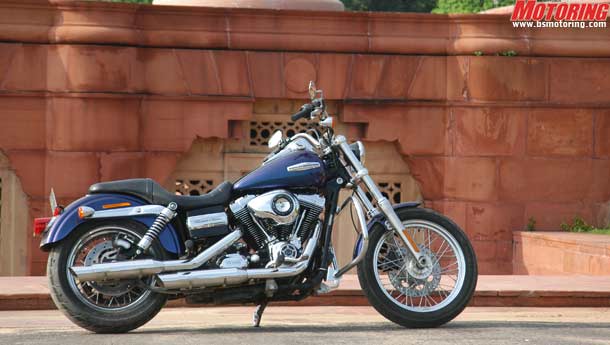 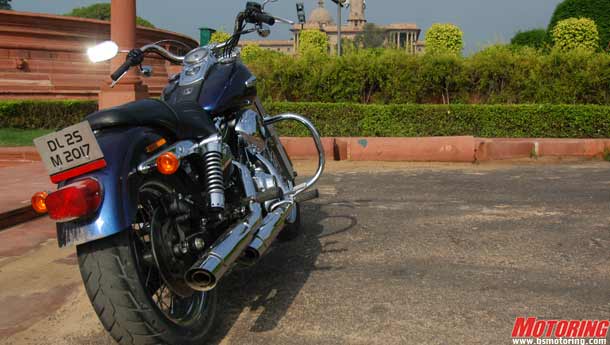 Ever seen a 300-kg motorcycle fishtailing? Well, neither have I, but these policemen certainly didn’t miss the sight of me trying to slow down in time.

I didn’t expect the barricade to be there, perfectly placed at the continuous apex of one of Delhi’s famous (notorious, for outstation chaps like me) roundabouts. See, great weight doesn’t take kindly to stomping on the brake when all it has is a finger width’s worth of tread to keep itself upright.

Nonetheless, the Dyna Super Glide Custom I was riding, was graceful in the way it neatly came to a stop, pointing every way but straight. And when I blipped the throttle out of habit, the Screamin’ Eagle pipes were vocal enough to startle the coppers, in formation no less. I waited, expecting the usual pulling over and examination of papers, accompanied by lots of questions about the motorcycle. Instead, I got waved past, somewhat meekly, by the only policeman who seemed to gather his wits at that point. Everyone seemed transfixed by the sound and light show that the Super Glide Custom is. And that’s just one incident in my Harley-Delhi story.

Like most Harleys, the Custom is as cool as you can get on two wheels. And the capital of our nation, with its great wide roads and beautiful historic air, seemed to be a great place to experience the motorcycle. August monuments would make for good photographs, while traffic jams would try and rebuild what’s left of my character.

The Custom is a pretty straightforward Harley, a fusion of modern and old-fashioned. A simple and strong chassis, with a huge V-twin engine and timeless cruiser bodywork – one of the many identities of Harley, and certainly one that’s been around for some time. The Super Glide Custom was the first-ever custom bike that H-D produced straight out of its Milwaukee factory, back in 1971. Today, the Super Glide Custom is based on the Dyna Glide platform, and sits nicely between the Sportsters and the Fat Boys in India.

Photographs really don’t do justice to this motorcycle. You have to let it hit you in person, and it’s amazing the way a creation from the other side of the world looks at home against the monumental architecture that lines Rajpath. For such a simple motorcycle, it oozes 1.6 litres worth of chromed charm and that’s what it’s all about for me – the engine. The 1584cc lump of all-American architecture, called the Twin Cam 96, is a hardcore rock ‘n’ roller – simply thumb the starter and watch the whole shebang explode into life with a rather pronounced rocking that you can see, hear and feel, and you’ll agree with me.

Those massive pistons create mini-earthquakes around the bike (there was actually a real one in Delhi when I was there) and that awesome sound from those Screamin’ Eagle pipes might just be a piece of heaven itself. Wring the throttle in a tunnel, and I swear you see God in the light at the end.

Dumping the clutch (some thing I do with gay abandon on Harleys; they’re never going to stand up on you, are they? At least I hope not!) for a quick 0-100 kph run (a shade over four seconds) enables me to pull off my best imitation of a launch from The Wild One yet. When you’re gunning it for all its worth, you’re too busy hanging on for dear life to revel in the engine’s beautiful feel. Torque is king here and a feeling of sheer unstoppable momentum is its chief advisor. It’ll happily do full-throttle runs, but you’ll soon end up maintaining steady revs, wallowing in the soulful vibes of that giant motor.

According to foreign mags with access to dynos, the Twin Cam 96 develops approximately

94 bhp@3500 rpm. However, what’s way more important is that it shoves out 12.54 kgm of torque at 3125 rpm. To put that into perspective, that twisting force is a bit more than the Ducati Multistrada 1200, but is delivered at nearly 4500 rpm less than the Italian V-twin. That is just insane and I still can’t wrap my head around it! Also, in the first five gears, the Super Glide holds a consistently vibey character. However, when you slot it into sixth, everything calms down – the motor immediately feels smoother, the sound turns from a deep rumble to a strong purr, and you get the distinct feeling that you’re riding an automatic machine. Even in sixth, the Super Glide pulls effortlessly from just below 50 kph without turning into a gigantic piece of jerking iron. Also, in sixth gear, a little green ‘6’ lights up in the speedo. Why? I don’t know, but I like it!

And so, it was with just such a feeling of contentment and oneness with the universe that I entered Delhi. The Super Glide is amazing in the way it slices past traffic. I’d have never expected a 310-kg, seven-and-a-half foot motorcycle to feel this light on its feet! Even at those darned roundabouts, trying to read hundreds of signboards one by one as I went around in circles, it was pretty easy to get the pegs to leave marks on the ground. Allied with all that weight, the Super Glide’s 160-section rear tyre simply grinds into the tarmac and always finds more grip than I could use on this Hog – lean angle is severely limited by lots of shiny stuff on this low-rider.

I found that out the hard way on many occasions, going too hot into corners and feeling the Custom start to glide wide (heh heh), forcing me to grab a handful of throttle and scratch my way through the corner. Braking, with its single front disc – in the quest for minimalist coolness, I suppose – is strictly adequate. It’s all good fun in its own crazy way.

However, on bad roads, the rangy wheelbase and fat tyres make it feel like it’s hinged in the middle. It pitches and crashes over rough patches, with the rear shocks bottoming out worse than my friend who’s just been dumped by his long-time girlfriend. Moreover, I don’t think I’ve ever had my legs roasted this well by any motorcycle – the sheer waves of heat hitting your feet can get unbearable in traffic. Other than these aspects, I really have no problem with the Super Glide. It looks like a Harley, steers like a Harley, goes like a Harley and brakes like a Harley. And it’s a wonder how in spite of all these earth-shaking vibes, the nuts and bolts stay in place! A testament to the build quality, it certainly is.

The Super Glide rides like a cloud, sounds like thunder and instills a feeling of well being into its rider. (All the Harley owners who don’t get Screamin’ Eagle pipes for their bikes should be made to live in Noida – it’s a crime not to get ‘em if you can afford ‘em!) Every time I ride a Harley, I want one. And to say that despite my clip-on addiction and rear-set fanaticism, makes these Hogs truly special machines to me. It’s worth going to Delhi just to ride these machines, I say.