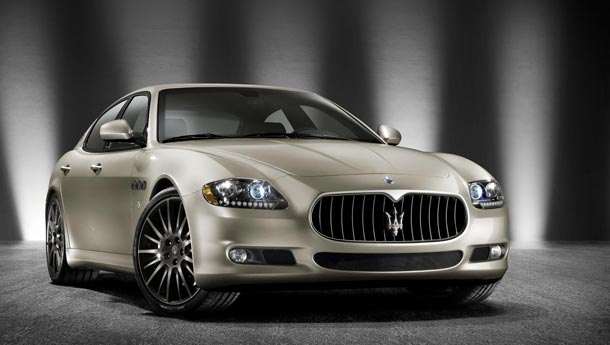 The Gulf region has become a leading market for luxury cars and wealthy individuals are set to buy a record number of vehicles from the likes of BMWs, Rolls-Royces, Maseratis and Porsches this year.

According to data released recently, sales of high-end cars in Gulf countries, including the UAE, will probably grow by 20 per cent this year, more than double the overall rate of 9.7 per cent in the segment last year.

IHS Automotive said the sales spurt will probably continue and the market is expected to more than double from 2010 to 2015, comparable to the estimated 51 per cent increase globally.

Buying luxury cars in the Gulf is "an extension of the ego", said Pierluigi Bellini, Associate Director of West Asia research at IHS Automotive in Milan.

Wealthy consumers like "showing off" more than Europeans and Americans, Bellini was quoted by Arabian Business as saying.

The upbeat outlook for much of the Gulf region contrasts with other areas of the Arab world, where uprisings have overthrown governments in Egypt and Tunisia and have sparked a civil war in Libya and riots in Syria, Bahrain and Yemen.

"Thanks to the UAE, we were able to counterbalance the slowdown in other parts of the region," said Umberto Maria Cini, who oversees the Middle East and Africa for Maserati.

If the sales pickup from May and April continues, the Fiat unit may "run out of cars" in the next few months, Cini said, predicting a gain of more than 10 per cent for the rest of 2011.

Porsche is asking UAE buyers of its Cayenne SUV to wait at least three months to get delivery, while a 911 sports car may take as long as seven months to arrive, George Wills, Acting Managing Director for the region, said in an e-mail. He predicted growth of at least 10 per cent in the second quarter.