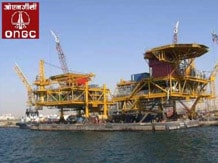 Lacking financial muscle of its own, Geological Survey of India (GSI) is in discussions with Oil and Natural Gas Corporation, Oil India, ISRO and AMD (Atomic Minerals Directorate for Exploration and Research) amongst others for a possible partnership to undertake a Rs 4,500-crore project to strengthen exploration of minerals.

The project includes acquisition of an aircraft for conducting aero magnet survey. GSI, under ministry of mines, is on a modernization spree and upgrading its technologies to generate mineral data through better latest research methods. As part of modernization efforts, GSI has also recently acquired a ship, Samudra Ratnakar, for about Rs 600 crore for undertaking deep-sea surveys and exploration of mineral assets lying under water.

A senior official from mines ministry confirmed the development and said, “We have initiated the discussions, so that all parties who want this technology for their research can share the cost. Since, many ministries are involved in this, it will take some time before a final decision is made.” An ONGC official also confirmed that the company was in talks with GSI for part financing the aircraft.

Through new aircraft, GSI will be able to look further deep into the structures of earth and assess the concealed mineral deposits. Currently, in India through available technology, one can only go about few 100 meters deep into earth while in developed countries such as Australia and Canada, they can go kilometers down the earth.

“We are far behind in terms of technology as well budget spent on exploration of minerals,” the official added. GSI has been earmarked Rs 2000 crore for the current five year plan, up from Rs 1000 crore in the previous five year plan.

The ministry of mines is also close to sign an agreement with Geoscience Australia for training of Indian scientists in their projects. “We will send three geologists from GSI next year for on project training for deep seated minerals. They have agreed to train our people,” another official from ministry added.

Samudra Ratnakar, which was delivered last month by Hyundai Heavy Industries, South Korea, is equipped with latest technological instruments and GSI has plans to keep about 50 scientists on board for data collection from the deep-sea. The vessel also has the capability to explore and identify the favourable zone of accumulation of Gas Hydrates, which are known to be the future source of hydro-carbon energy.

Till now, GSI has surveyed more than 95% of the 2,012 million sq km Exclusive Economic Zone (EEZ), including about 1,05,000 sq km of territorial waters (TW) of India. The surveys have been done in the coastal waters of Arabian Sea, Bay of Bengal, Andaman-Nicobar and northern part of Indian Ocean through its fleet of three ships and vessels .

GSI is the principal agency for locating or identification of new mineral deposits in the country with a mandate to explore (through ground, airborne, satellite and marine surveys) and scientifically assesses mineral and energy resources.