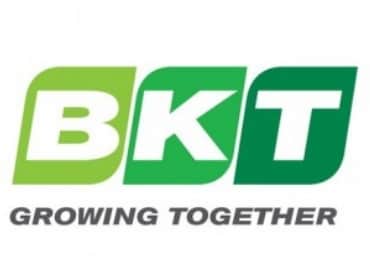 The Balkrishna Industries’ stock has more than doubled in the past year. At present, the company is the country’s second-largest tyre maker by market capitalisation. It manufactures off-highway tyres (OHT) used in sectors such as agriculture (tractors), construction (loaders and dumpers) and off-road applications, including mining. Falling natural rubber prices, expectations of a strong double-digit volume growth and improvement in margins over FY17-20 are key reasons why the Street is bullish on the stock of this niche tyre firm.

The management, too, has increased its volume forecast for FY18 by three per cent, which translates into a 10-13 per cent volume growth in the current financial year.


According to Kotak Institutional Equities, the management forecast is conservative, given a strong global demand recovery, growth potential in the mining tyre segment on the back of launches and tie-ups with mining service providers and market share gains in India.


The operational uptick for the company, which receives 80 per cent of its revenues from exports and 72 per cent from the replacement market, came at the start of the current financial year when it reported a 17 per cent volume growth for FY17 after four years of muted single-digit or falling sales graph.


Analysts expect the company’s volumes, which grew 16 per cent year-on-year in the September quarter, to increase 14 per cent annually over FY17-20.


Higher volumes should also reflect on margins, as the company looks at improving its utilisation levels from the current 65 per cent to almost full capacity in the next couple of years.


Margins have improved to 32.5 per cent in FY17, from lower than 18 per cent in FY12, on the back of weak commodity costs, operating leverage benefits and cost control measures.


What sets the company apart on the profitability front is the product mix (niche category) and low-cost advantage vis-à-vis global players in the category.


Analysts at Nirmal Bang Institutional Equities said a stronger euro (half of revenues come from the European region), along with cost savings accruing from its captive carbon black plant in Bhuj (Gujarat) after a year, will also aid the operating margin. They expect operating profit margins to remain above 30-per cent over the FY17-20 period.


At the current price, the stock trades at about 21 times its FY19 earnings per share estimates. While the prospects are strong, the stock is trading much higher than brokerage target prices and investors can look at it on a correction. 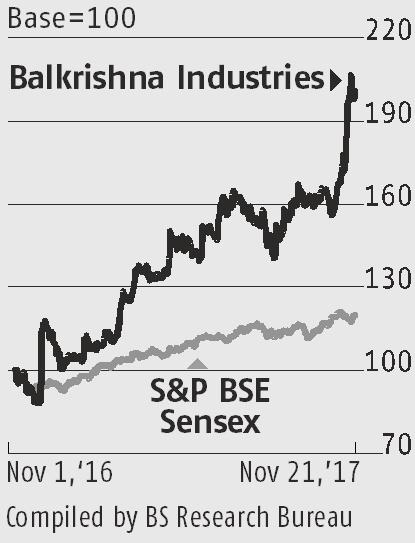