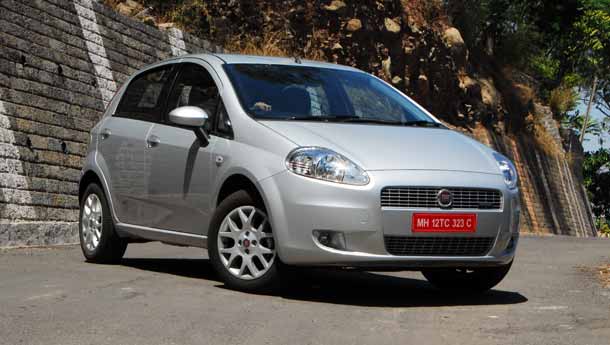 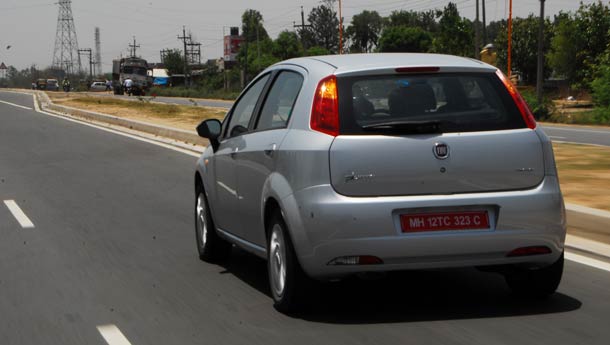 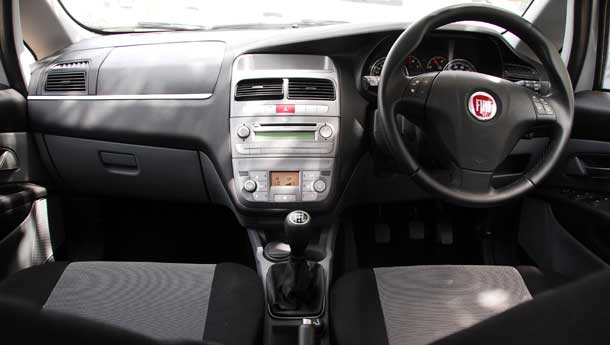 Is the Grande Punto as good-looking in the flesh?
The Fiat Grande Punto is the best-looking hatchback on our roads today, no doubt about that. The design has been attributed to the living legend Giorgetto Giugiaro, and he’s done a fabulous job of it. It is proportionate and gorgeous from all angles. The snout apes Maseratis and the shoulder line is muscular. I particularly liked the treatment of the lighting fixtures – the tapering headlamps give it an unmistakable identity and the tail-lamps, set high up in the C-pillars are refreshing. The prominent wheel arches give it a planted stance and it looks beautiful when on the move.

Is it then better looking than its forthcoming competitor, the Volkswagen Polo?
Yup. The Polo’s front-end, which apes the Scirocco and the Golf, makes it more aggressive and the Polo will be one of the best-looking hatchbacks when it gets launched in India next January. Though it’s also designed by Italians at VW, the rear end treatment of the Polo pales a bit when compared to the flamboyant Fiat. Still, it will be nice to see both cars on our roads!

Has Fiat loaded the Punto with stuff like with the Linea?
That’s Fiat’s strategy now. Price their new cars competitively and also load it up with some nifty, friendly bits as standard and many more tick in the options list. I especially like the digital readout that spews lots of information that many people usually don’t need. Like for instance, it gives you the time you have spent driving the car, which can be depressing to know during your commute. But the point is all that information is a pleasant diversion when you are stuck in traffic. Then there is Blue&Me which allows you talk on the phone and even listen to messages. The My Car features like Follow Me Home headlamps, service interval warning, speed alarm, etc are all programmable. And if you can find it, the Punto comes with a USB slot too. Clue: It’s somewhere in the glovebox.   How much is Fiat asking for the Grande Punto?
The entry-level 1.2 petrol version is priced at an enticing Rs 3.99 lakh. But that’s just to get you to the showroom, as there’s only one version with that engine. The price-tags are: for the 1.4 petrol, Rs 4.66 lakh (Dynamic), Rs 5.06 lakh (Emotion) and Rs 5.61 lakh for the top-end Emotion Option pack and Rs 4.85 lakh (Active), Rs 5.16 lakh (Dynamic), Rs 5.56 lakh (Emotion) and Rs 6.11 lakh for the fully loaded Emotion Option pack for the diesel 1.3. All prices are ex-showroom Delhi.

Isn’t that close to the Swift pricing?
Yes, the Punto pricing hovers around Maruti Suzuki’s best-seller. That’s where the car’s aimed at.

Is it a good car to live in?
The interiors are slightly depressing because of the dark plastics. Some plastic bits are okay, while some are so-so when it comes to quality. The ergonomics are a little iffy – in other words, arriving at your perfect driving position takes a lot of to-ing and fro-ing and the pedal placement is slightly skewed. For its large external appearance, legroom at the rear is surprisingly disappointing. Six-footers at the front please. Oh, but the luggage space is very good for a car in its category.

What engines does the Grande Punto come with?
The 1172cc inline-four FIRE engine develops 67 bhp at 6000 revs and 9.8 kgm of torque at 2500 rpm. Yes, this is the same engine that does duty in the Tata Indica Vista Saffire (phew, what a name!). It’s a basic entry-level humdrum motor with a 12-valve SOHC layout. The two key engines are of course, the bigger 1.4 petrol and the 1.3 turbodiesel. The 1368cc inline-four 16-valve DOHC petrol engine produces 89 bhp at 6000 rpm and 11.8 kgm of torque at 4500 rpm. The diesel is that famous engine that’s seen inside the bonnets of so many diverse cars these days, including the Indica Vista and even the Swift! The 1248cc 16-valve DOHC turbodiesel offers an output of 75 bhp at 4000 rpm and nearly 20 kgm of turning force at just 1750 rpm.   Now for the key question: how is it to drive?
We drove the 1.4 and the 1.3 diesel. The petrol engine’s specifications are quite decent, but since the Punto is a bit heavy, it does not translate into sterling performance. It is a bit noisy too and the gearshifts aren’t quick and snappy either. For its firebreathing looks, the petrol 1.4 is a chilled out engine that is happy doing the city commute at ease. But on the highway, the five-speed gearbox has to work hard to extract the performance out of the engine. It simply needs to be whipped. It would be nice if Fiat would introduce the 120 bhp T-Jet version of this motor, which will add the go to the Punto’s show (but it will be too expensive).

The diesel, on the other hand, is another animal. The early arrival of all that wholesome torque means that it is a very driveable car in the city. On the highway, provided you keep it in its sweet spot, offers brilliant performance. The engine was so snorty that it sounded like a diesel Ferrari! If you stay between 2000 and 3500 rpm, the flexibility of the engine amazes you. It can move up from 100 to 140 kph without breaking into a sweat. But anywhere beyond, and it loses steam. The trick is to stay in that power band and once you do that, it’s fabulous to pilot.

That’s engine performance. What about the rest of the package?
Well, it’s a Fiat, and the ride quality should ideally not disappoint, right? Well, it doesn’t. The Punto rides as if it’s a car in a bigger segment and it does not transfer bumps to your posterior too easily. When it comes to handling, the Punto is extremely capable and can be chucked around corners without a care. Assisted by the large 195/60 R 15 rubber in the Emotion pack, it grips the tarmac very well. Though it is not as effervescent as the Swift when it comes to handling, the Punto is much more planted and confident. The steering setup is also better than the Swift petrol and is more positive.

Is it a good buy then?
Look, it’s a Fiat. There are people in India who would buy anything which has a Fiat logo on it. Such is the power of the brand. So they should buy it anyway. Then there are those who like the way it looks – for them, they should buy it with their eyes, er, shut! For others, it is a competent car and is easily a good, sophisticated alternative to the Swift. So they should give it a chance. Whoever else is left will buy a Maruti Suzuki anyway.