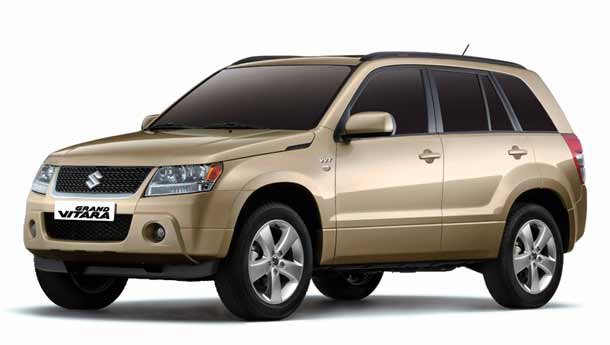 Maruti Suzuki have given the Grand Vitara a makeover and a brand new engine as well. The Grand Vitara was a pretty good car but never really caught on in the Indian market, despite having no major flaws and decent international sales figures. Perhaps it was the compact dimensions or the Rs 15 lakh price tag but with Swift parts inside. Hopefully, the new Grand Vitara will take things up a little bit.   The facelift and the new front-end treatment make it a wee bit smarter than the previous edition. Another issue with the earlier version was the lack of oomph. Now the new engine should sort things out. It is a 2.4-litre Variable Valve Timing (VVT) equipped mill producing 163.5 bhp @ 6000 rpm and a torque figure of 22.8 kgm @ 4000 rpm, which should be adequate when things get muddy. Especially considering it comes with permanent 4-mode, 4-wheel drive. Other gizmos include a Multi Information Display (MID) providing information such as fuel consumption, cruising range and average speed. Maruti Suzuki also claim lower Noise, Vibration and Harshness (NVH) levels owing to the new powerplant and tweaks.

The new Vitara will be available throughout the country immediately, according to Maruti Suzuki, with prices starting at Rs.16.67 lakh for the manual transmission Vitara and Rs.17.97 lakh (both prices ex-showroom, Delhi) for the auto version. The update looks promising. So keep checking back for a road test, BSM-style!