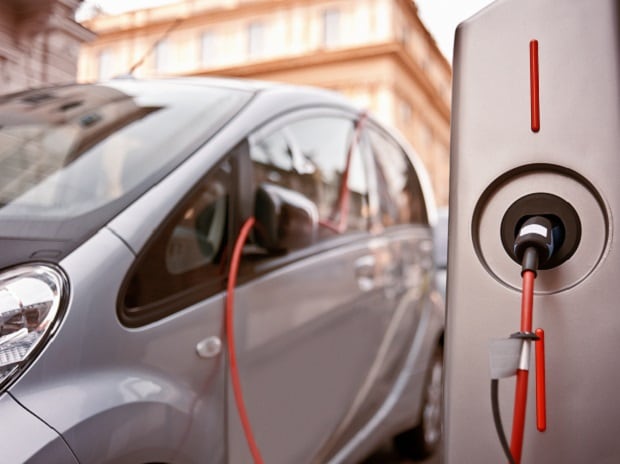 Electric vehicles may have a limited visibility on the Indian roads at the moment. But the government focus and push on electric vehicles (EVs) has led to a sharp rally in stock prices of small-cap companies with an exposure to EVs. Share price of two companies which are into electric buses- JBM Auto and Goldstone Infratech- have more than doubled since April this year. The government had first talked about its intent of making India a hundred per cent electric vehicle nation by 2030 in March this year.

Delhi headquartered JBM Auto, a company that has been present in the auto component space for over three decades, did not enjoy great valuations at the stock markets until recently compared to some of its peers. In last one month alone the stock has rallied more than 73 per cent to Rs 597 and has more than doubled since April 2017. The company now commands a market cap of Rs 2,435 crore based on Wednesday's closing price.

Nishant Arya, executive director, says the company had planned to invest Rs 300 crore over a four-year period beginning 2016 to develop electric bus manufacturing capabilities with European firm Solaris. "Considering the thrust the EV business is seeing in India, we have advanced the said investment to 2-2.5 years. We have already set up the manufacturing capability for electric buses at our plants in Kosi and Faridabad," said Arya.

JBM claims it is receiving enquiries from various stakeholders. "It's a matter of time when these enquiries are converted into orders. We are market ready and can hit the ground running". JBM says it will not just make electric buses but also offer solutions like battery and charging technology. Arya said EV business will contribute a big chunk to the company's topline starting next financial year.

Hyderabad-based Goldstone Infratech caught the attention of investors when it bagged orders to sell 25 electric buses from Himachal Pradesh Road Transport Corporation in February. The company's stock price has more than doubled since April to Rs 182 now. It has also got a trial order for six electric buses from Mumbai's BEST.

Anand Swaroop, Group COO at Goldstone Group, said the company is confident of selling minimum 350-400 electric buses every year from next year. "We are investing Rs 400 crore over next three years to build our capacities in electric bus manufacturing," said Swaroop. These buses are priced at a range of Rs 2-3 crore each. Goldstone has a tie-up with Chinese electric bus maker BYD. Swaroop said over 30,000 electric buses made by BYD are running in China, Europe and many other markets. OK Play, a Delhi-based plastic company, forayed into electric three-wheelers in 2015 and later also launched electric two-wheelers. The stock has appreciated more than fifty per cent since April.