Google gets first autonomous vehicle testing licence in US 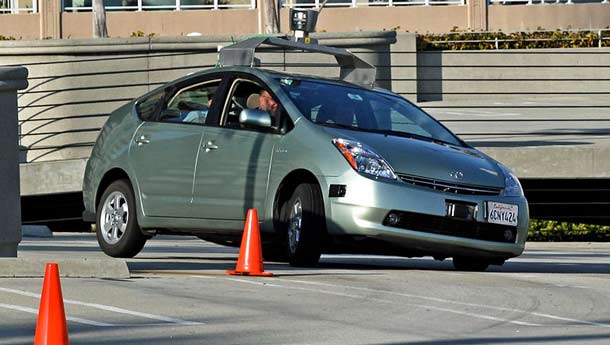 Google, known more for its search engine and e-mail service, has bagged the first licence in the US to test self-driving cars along busy public roads in Nevada.

Officials of the Department of Motor Vehicles in Nevada, California, said they have issued Google the nation's first licence to test an autonomous vehicle that does not need a driver on its public streets.

It is the first licence issued in the United States under new laws and regulations that put Nevada at the forefront of autonomous vehicle development, it said.

The new licence plate is red and features the infinity symbol and the letters AU, for autonomous vehicle. All such cars on the road are "test" vehicles for now, though the state signaled it intends to be "at the forefront of autonomous vehicle development."


"I felt using the infinity symbol was the best way to represent the 'car of the future,'" state DMV Director Bruce Breslow said.
"When there comes a time that vehicle manufactures market autonomous vehicles to the public, that infinity symbol will appear on a green license plate."

Google, known to dive into other big ideas such as space elevators to Internet-enabled glasses, was the first company to apply to test its self-driving system in Nevada, the press release said.

It also indicated that "other auto manufacturers have indicated their desire to test and develop" such technology in the state.

He noted that the "automated cars use video cameras, radio sensors and a laser range finder to 'see' other traffic, as well as detailed maps ... To navigate the road ahead." There is no driver needed, though one is typically in the front seat ready to take control if need be, Thrun was quoted as saying by CNN.

Earlier this year, Google said it had "safely completed over 200,000 miles of computer-led driving."