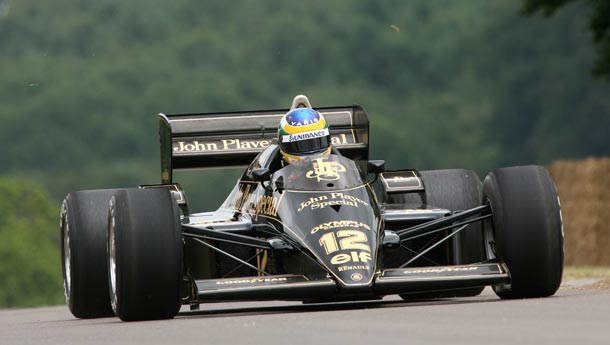 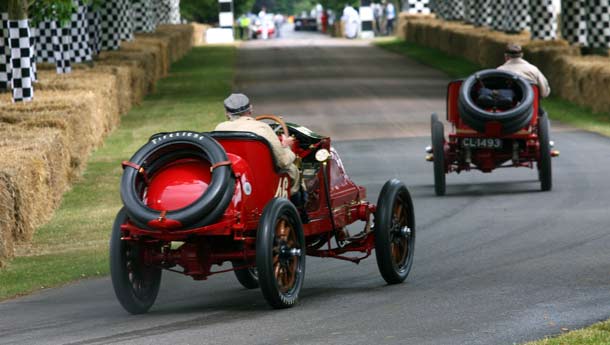 So you have inherited a massive estate. Now what do you do with it? Why, invite some of the biggest names in the world of motorsport, fly in the finest machines ever to have raced and let them loose on your grounds. The Earl of March’s massive property at Goodwood has been a venue since 1993 for the coming together of historic and contemporary racers annually, and this year’s event - the famous Festival of Speed - was no less magnificent. Held in the first week of July, the Goodwood Festival of Speed was dominated by Renault and Honda. Here are the choice bits.

Need Elf? One of Britain’s leading GP riders of the 1980s, Ron Haslam rode the famous NSR500-engined Honda Elf 3, the one which he raced in the early 1990s. His son is Leon Haslam, the rising British Superbike star.

Bring me your cup: Renault won its first Grand Prix 100 years back, and these two 1907 AI 35 CV Vanderbilt Cup racers, with 7.4-litre engines, closely resemble Renault’s first GP-winning car. These Renaults are two of 10 ordered by William Kissam Vanderbilt Jr, the wealthy American who instituted the first significant trophy in US racing back in 1904. The two cars were driven by German collector and Renault dealer Wolfgang Auge and Bill Spoerle, restoration manager at the Indianapolis Motor Speedway Foundation.

Senna-sation: No, don’t be fooled. That’s Bruno Senna, F1’s most famous nephew, in the cockpit of the Renault-powered Lotus 97T. The ‘chassis number two’ car is the same one driven by the three-time World Champ when he won his maiden F1 victory in Estoril, Portugal. Yes, Bruno’s helmet design too is a tribute. The 97T is owned by Clive Chapman’s Classic Team Lotus.

Maxi-mum: The Renault 5 Maxi Turbo, one of the leading contenders in Group B rallying in the 1980s, has 200 victories under its belt – the notable one being the WRC’s Tour de Corse round in 1985, with Jean Ragnotti behind the wheel. At Goodwood’s newly extended Forest Rally Stage, the Maxi Turbo was piloted by Adam Keeler. Who? Keeler, a hotelier in the UK, discovered the car eight years ago and comprehensively restored it.   Kitty litter: At Goodwood this year, sand performance and installation artist Andrew Paynes sculpted from sand ten of the greatest GP cars from each decade of the last century machines from Ferrari, Renault, Maserati and Mercedes-Benz.

Petty thinking: Even American muscle was present at this year’s Goodwood FoS. Texan Richard Petty aka The King, who in his 32-year racing career, became the only man to win 200 Nascar races, drove a 1972 Dodge Charger, as well as a contemporary Dodge Nascar. Yes, his trademark cowboy hat and shades were very much around when he was not driving.

The racer’s H: Car number 14, the Honda RA300 driven by John Surtees, won the 1967 Italian GP, in the very second season of the introduction of 3-litre engines in F1 racing. Surtees had under his command 420 bhp that could take him to speeds over 350 kph. The RA300 was followed by an upgraded version, the 450 bhp RA301, which raced in the 1968 US GP. It started in nine races, and finished in three. Oh, more importantly, it ran in the Mexican GP in 1968, and after this Honda would not return to F1 racing till 1983. They had proved a point.

Home advantage: Hannu Mikkola, the 1983 World Rally Champion, designed the Forest Rally Stage at Goodwood. He drove an Audi Quattro A2 Group B over the three days of the Festival of Speed on the course he created.

Small wonder: Ralph Bryans on a classic Honda. Bryans joined Honda in 1964, and competed in the 50cc and 125cc world championship. He won the 50cc class riding the RC115 in 1965 and became renowned as a small displacement specialist.