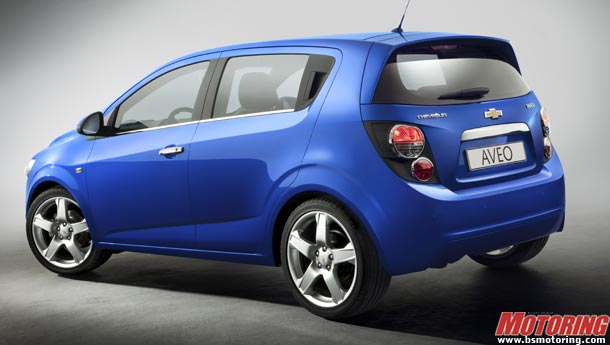 General Motors India, the 50:50 joint venture company of General Motors, US and Shanghai Automotive Industry Corporation (SIAC) of China, will launch at least six new models in India over the next two years. The new models will debut in India for the first time and will consist of hatchbacks, sedans, multi-utility vehicles and passenger vans under the Chevrolet and GM-SAIC-Wuling banner.

SAIC is China’s biggest auto maker and had bought a 50 per cent stake in GM India last December for $500 million (Rs 2,350 crore). At present, General Motors India is the fifth-largest manufacturer of passenger vehicles with a share of 4.4 per cent in the domestic market. It sells eight products in the price band of Rs 2.85 lakh to Rs 17.96 lakh.


GM India Vice-President (Marketing, Sales and After Sales) Sumit Sawhney said: “We have some aggressive plans for the lined-up models. We aim to launch at least six new vehicles with multiple fuel options over the next 24 months.”

These new vehicles will have multiple fuel options – like petrol, diesel, CNG and LPG – and will also have various powertrain options to cater to different consumer requirements. In all, the proposed models will be available in 16 fuel variants. The company is also exploring the option of an all-electric car and will unveil one early next year.

Although the company is tight-lipped about specifics, sources say the compact car segment will see the launch of an all-new Sail and a new Aveo model in the hatchback version. The Sail is the first product locally developed by the GM-SAIC company in China. The Aveo hatchback, which was showcased at this year’s Geneva Auto Show, has been developed by General Motors. These compact car models will compete in the premium B-segment class, where models like Maruti Swift, Hyundai i20 and Volkswagen Polo are sold. In addition, the sedan version of the same models will also debut in India.

Following this, a multi-utility vehicle Hong Guang — developed by the tripartite joint venture company GM-SAIC-Wuling — will also be launched. This model will compete against Mahindra’s Xylo and Toyota’s Innova and will likely be priced in the Rs 6-8 lakh range.

Sunshine, a multi-purpose vehicle (also known as van) and developed by the same JV company, will also be launched in India. This model will compete against Maruti’s Eeco and Tata Motors’s yet to be launched van, christened Venture.

GM will also launch the diesel version of the compact car Beat, which will be followed by the BS-IV compliant, Tavera, phased out from 13 cities due to GM’s decision of not upgrading the vehicle to the required emission levels.

GM will also introduce light commercial vehicles from the SAIC stable towards the end of 2012, which would be in the one-tonne truck bracket, competing against Tata’s Ace.