GM's Halol unit gets a new lease of life 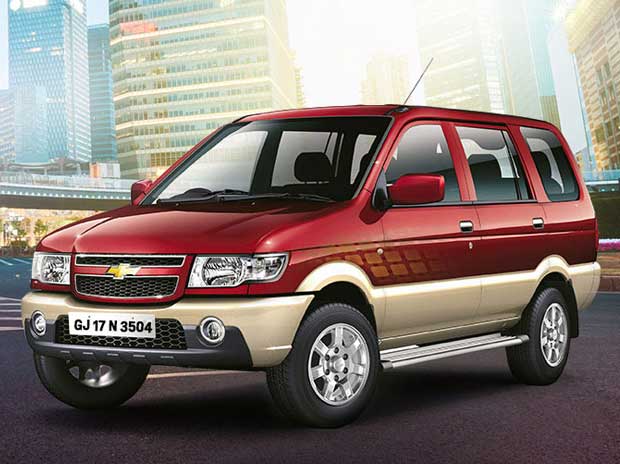 A few hundred vehicles are parked in the yards around General Motors’ plant here, about 130 km from Ahmedabad. Trucks carrying components depart intermittently. No worker is seen outside the premises as the production shift is on. This was to be the last week for this plant, according to a decision taken by GM India about a year ago.

The site has now received a lifeline till March 2017. Almost everyone who is a part of the system — workers, vendors and contractors — have come to terms with closure but now know operations at Halol will continue. If GM India does not run the plant, a new owner will.

A contract worker leaving after his shift says, “We will continue to work here. When the contract ends, our contractor will find us jobs elsewhere. There are pharmaceutical and auto-component facilities at Halol.” His days at GM Halol, however, are limited. Contracts will not be renewed, says Rachit Soni, president of the GM India Employees’ Union. “Only permanent workers (around 1,000 of them) will continue to work,” he says. Most of the 500 contract workers have come to terms with the impending closure.

Vendors, however, are a confused lot. An executive at one of these vendors at Halol says they are clueless on how long they need to supply to the plant. “When this plant closes down, one of our units, which employs 60 people, will shut, too. There are talks of a buyer taking over the plant. We could explore opportunities of supplying to them. There is no clarity,” he says.

Sources say 18-20 vendors are dependent on the Halol plant, including Caparo Maruti, TI Metal, ZF Hero, and KLT Automotive. In comparison, around 200 suppliers are linked with GM’s plant in Pune. Halol has never taken off as an ancillary hub.

The country’s largest two-wheeler manufacturer Hero MotoCorp, is setting up a plant acres nearby. Catering primarily to the export market, the unit is expected to be up and running by March.

Sources in the state government say executives from China’s Shanghai Automotive Industry Corp had met officials in Gandhinagar last year but a deal to buy the plant fell through because of the large workforce.

ABOUT HALOL PLANT It has now received a lifeline till March 2017 Workers, vendors and contractors have come to terms with closure, but they now know operations at Halol will continue However, vendors are confused as to how long they need to supply to the plant Sources say 18-20 vendors are dependent on GM’s Halol plant GM India President and MD Kazem said all interested workers would be relocated to Pune, for the rest there was the option of voluntary retirement
“They wanted at least 350 workers to be offered voluntary retirement or transfers,” says a labour department official.

GM India President and Managing Director Kaher Kazem told workers on Thursday all those interested would be relocated to Pune, for the rest there was the option of voluntary retirement. GM has transferred engineers and executives to its Pune plant but not many workers.

Halol will, however, need experienced workers because GM plans to roll out its upgraded Tavera utility vehicle by year-end.

Workers say the company has decided to continue to make the Tavera at Halol even if the plant is sold. “The new owner will then manufacture the Tavera for GM on contract,” Soni says.

“We are exploring a number of options for the Halol plant, including its sale. Selling the plant may include contract manufacturing to ensure continuity for the upgraded Chevrolet Tavera,” Kazem had said on Thursday.

“We expect our facility at Halol to be operational later this financial year and we have initiated recruitment,” says a Hero MotoCorp spokesperson.

However, workers at the GM India plant say Hero does not want to hire them. “Hero is recruiting freshers from industrial training institutes. Workers at GM are senior and their wages are high,” says a GM worker who does does not wish to be named.

Soni says the wage for a junior to mid-level worker is Rs 25,000 a month, while supervisors are paid Rs 55,000 a month. Contract workers, on the other hand, are paid minimum wages of Rs 278 per day or more, depending on their skills.

High wages and a big labour force have been a drag on GM’s Halol plant, apart from frequent unrest.

The Halol plant now makes the multi-utility vehicle Enjoy, the Cruze sedan and the Tavera. The plant is shut intermittently to manage inventory and manufactures 130 cars a day. A large part of its 110,000 vehicle capacity remains unused.

Despite being unviable for GM, which has not been able to improve its market share beyond the single digits, shutting the Halol plant is an uphill task. Any company that employs over 100 people has to seek permission before closing down a plant in Gujarat. "GM will have to settle the issue of closure with its workers and pay their dues. If the workers are not happy with the payment offered, the issue will drag," says an official.  The onus now is on GM to ensure an orderly transition of its employees, vendors and the plant.