GM to sell engines to other car makers 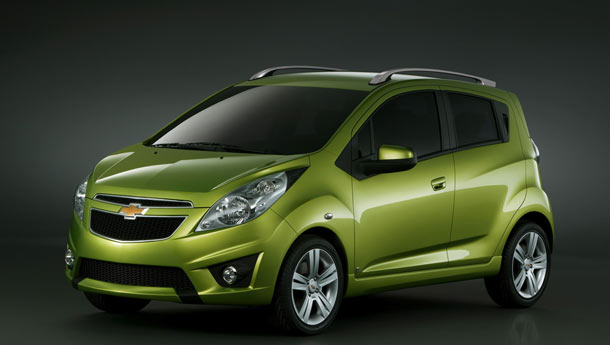 General Motors India, the joint venture company of General Motors, US, and Shanghai Automotive Industry Corporation, China, is looking to sell small-capacity engines made from its Maharashtra plant to companies willing to have a sourcing pact with it.

The fourth biggest car making company in India has set up a 300,000-engines per year capacity plant in Talegaon near Pune and is now looking to become an outsourced partner for any of the vehicle manufactures in India or abroad.

The plant is GM’s first powertrain unit that enables petroleum and diesel engines to be manufactured simultaneously. The $230 million (about Rs 1,000 crore) plant began manufacturing last November and presently makes engines for the Chevrolet Beat.

Karl Slym, president and managing director, GM India said, “We plan to sell 300,000 vehicles per year by 2013. So if I need to sell 300,000 engines (per year) domestically (now), then I need to start filling the gap. I have always been open and I am happy to buy or sell engine as long as it makes business sense to partners. So we are open to sell our engines to anybody.”

While it becomes necessary to have an engine assembly or manufacturing plant in India for high volume generating models to keep end costs low, most automotive companies are in the process of finalising plans to have a similar plant.

Maruti Suzuki India (MSIL), India’s biggest car maker, however, is facing constraints in matching supplies of engines, especially the diesel unit. While it has got choices with petrol engines, the company lacks options with diesel as there is only one diesel engine available.

“On the petrol front, we have no problem in supply. But in diesel, we are likely to face some constraint,” said R C Bhargava, chairman. When the question of sourcing engines from other companies, he said, “The engine has to be made to suit Maruti cars. In principal, there is no objection, but there are various factors that need to be looked into such as quality, duration of contract and price. All companies look to outsource their engine requirement. We have not received any such proposal.”

“We have got opportunities to ship our products to China where we have the joint ventures. We will ship powertrain and powertrain components to them,”said Slym.

The Talegaon plant can produce three and four cylinder type engines and anything up to 1.5 litres capacity. GM spent $70 million (Rs 322 crore) in developing the 1 litre and 1.2-litre diesel and petrol engines.

Keeping in mind the increased pricing competition in India, global automotive companies such as Renault and Nissan are planning to have their own engine plant in the country when both companies introduce more volume generating models in the compact and sedan segment.

Likewise, Korean car brand Hyundai, which is India’s second biggest car maker, is also setting up a 150,000 units per year diesel engine unit in Chennai at a cost of Rs 400 crore. It will produce 1.1 litre, 1.4 litre and 1.6 litre diesel engines. The company is presently importing diesel engine from the South Korea which is strapped onto the i20 and Verna.