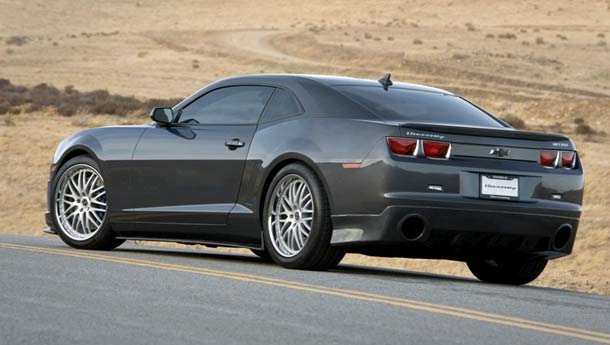 General Motors Co will pay back roughly $8 billion in debt to the United States and Canada before June and could go public in a way that would allow taxpayers to make a profit on the bailout, Chief Executive Ed Whitacre said on Wednesday.

Those financial targets are more aggressive than the top US automaker has previously announced and come as Whitacre pushes GM to move faster to jump-start sales and win back US market share after three decades of steady decline.

Whitacre, who was named CEO in December when former CEO Fritz Henderson resigned under board pressure, said the top job at the automaker was proving harder than he had expected because of the challenges of reforming a bureaucratic corporate culture.

"It's been tougher than I thought," Whitacre said about the CEO post. "As you might guess, after going through a big bankruptcy and a big disruption, people have to be motivated and see something ahead," he said. "GM had a lot of baggage and that has to be changed and it is being changed."

Whitacre said in December that GM would pay back government loans extended to finance its restructuring in bankruptcy by June.

"I believe we're going to beat that date," he said on Wednesday.

"We're building momentum, and because the company has been completely restructured, and the progress we're seeing, I believe, is sustainable," said Whitacre, who was speaking to business leaders in his home town of San Antonio.

"For the first time in over a decade, General Motors has a healthy, clean balance sheet. We are not being crushed under mountains of debt. We have a cost structure that works."

GM was given $50 billion of government financing to restructure in a bankruptcy steered by the US Treasury, which remains a 61 per cent owner of GM stock.

Whitacre said he believed the government would be able to sell all of its equity in GM for a profit, a milestone that most outside analysts have seen as out of reach.

"After we pay back the loans from the government, we intend to take this company public again, in the near future, and the government, I believe, will be able to sell all their stock at a substantial gain," Whitacre said.

He added: "I think the government is going to make a lot of money ... It will prove to have been a great investment."

He was less certain about Chrysler, saying he did not know if the No. 3 US automaker would survive its own government-funded restructuring.

"I don't know. I don't know," Whitacre said when asked about whether Chrysler, now controlled by Fiat SpA, would make it.

Whitacre has shaken up GM's sales and marketing teams and pushed the top US automaker for faster growth in sales. He said there were positive signs that GM's US market share was holding steady after years of decline.

GM reshuffled its sales organization earlier this month, putting North American President Mark Reuss in charge of sales, and GM executives have said Whitacre has been clear he will hold them responsible for delivering on a promised turnaround.

But Whitacre, who joined GM as chairman at the request of the Obama administration last year, said he was confident that the right leadership team was being put into place.

"We're working hard on getting the right people in the right positions with enough dollars to do what we need to do," he said.

Whitacre, who has been commuting to GM from Texas, said he believed it was key to get the right working-level executives in place because of his own lack of experience in the auto industry. "I don't have a clue about how to make a car ... I know a lot more about telephones," he said.

Whitacre said GM would end up with about 4,500 dealers in the US market after offering to restore 661 dealer franchises it had targeted for closure.

"It seems logical to me that the more good dealers you have, the more cars you're going to sell," he said.

Whitacre, who has kept a relatively low profile in Detroit, also said he did not see any sign that a turnaround for GM would ease the economic pressure on the city, which remains home to the three US automakers.

"I guess there's always hope, but I haven't noticed that to be honest," Whitacre said in answer to a question. "We are right in downtown Detroit. I would have to say it's pretty rough up there right now."