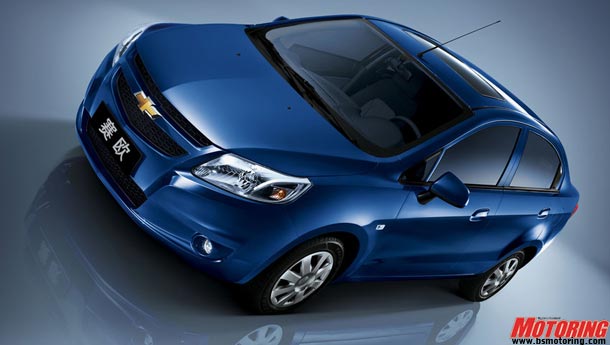 Even though the market is sluggish due to high interest rates and soaring petrol prices, GM will launch a new Chevrolet during September-October, and a new multi-purpose vehicle by the end of this year, the company's Vice-President (Corporate Affairs) P Balendran said here.


Balendran, here for the launch of GM's new Chevrolet Cruze in Kerala, said the market is likely to improve by Onam (next month).

Claiming that Cruze has received overwhelming response from consumers across India since its launch in 2009, he said: "We expect the new member of the Cruze family to continue to exceed expectations of car buyers and stand out against the competition in its segment".

The company is selling about 800 vehicles a month. Hence, it is selectively launching the new vehicle in various markets.

Balendran said GM had so far invested over Rs 5,000 crore in India and employed close to 4,500 people directly at its operations at Halol, Talegaon, Bangalore and Gurgaon.

The Halol plant in Gujarat has an installed capacity of 85,000 units a year. With GM India's plan to introduce Light Commercial vehicles, the plant is undergoing expansion. On completion in the next few months, the plant's capacity will increase to 1,10,000.